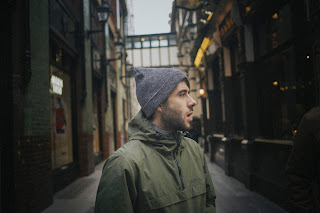 Background - Between the Lights showcases the subtlety and sensitivity in Coralcrown’s body of work. It’s a song about a shy guy fighting his own insecurities to ask a girl to dance. Unbeknownst to him, she’s fighting her own securities too. It’s a clever and poignant meditation on the prison of our internal complexes, made into something aesthetically sublime through Coralcrown’s tactful guitar work and his mastery of vocal layering and harmony.

Upon settling in London, Coralcrown auteur Luis Gotor took a hiatus from music, crestfallen that his old band had finished. Eventually, the capital’s vibrant and diverse musical nightlife captivated him, and he decided to return to music as a solo artist on his own terms and with complete creative control. Coralcrown is the result of that. It’s a vital and visionary project, establishing Luis as an ambitious musician with a gifted ear for the kind of restlessly infectious melodies that made popular music from the seventies and eighties so uplifting.

His technical approach is cutting edge, and the sound he’s achieved is nothing short of the slick professional indie pop production you’re likely to hear on say, a Foals or Bombay Bicycle Club record - audacious and primed for the festival circuit. Luis’s first EP Birth is the culmination of his effortlessly lush rebound back into writing music, and with a live band backing him, the stage is literally and figuratively set to disseminate his canny pop hooks to anyone with a relish for melody. WEBSITE, FACEBOOK.

The guitars are vibrant and melodic, the vocals appeal for attention as 'Between The Lights' an indie pop/rock song engages with the listener. This is one contagious piece of music. 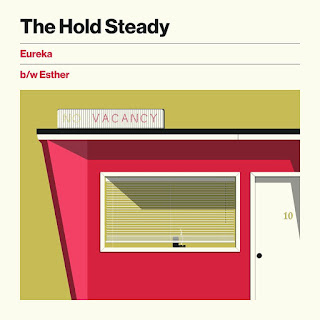 Background - The Hold Steady has released a new single. “Eureka” b/w “Esther” is arriving at all DSPs and streaming services via Frenchkiss Records on March 12th.

“Eureka” b/w “Esther” is currently available to hear exclusively at The Hold Steady’s Bandcamp page. Anyone wishing to download the single can do so via Bandcamp, with all donations going to The K + L Guardian Foundation, a fund set up to benefit the children of Unified Scene founder Mike Van Jura, who died in November 2012.

The vocals are totally compelling on 'Eureka' a fabulous alt rocker with some southern rock vibes thrown in for good measure. The band are on fire, this is what rock & roll is all about! 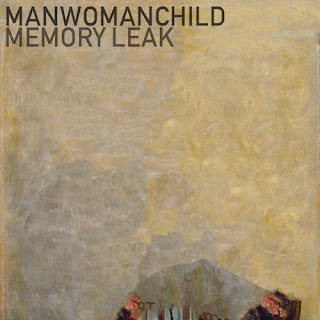 Background - Memory Leak was originally about the dangers of nostalgia. It was going to be about how friendships fade over time, about meeting up with an old friend only discover you have nothing in common anymore. As I reworked the lyrics and thought more about my own friendships, I also thought a bit about Facebook, which I hardly use anymore. People rarely unfriend each other even as the actual relationships fade, so that the network continues to document connections that no longer really exist. For me, it’s basically a time capsule of 2010.

All of this makes its way into the song in dribs and drabs. The song imagines the listener receiving a friend request from someone from their past (described variously as “a proxy”, “a concept”, and “a project”), one which they accept, knowing that they will never actually interact with the person (“put me on your list to keep me at bay”).

There’s another thing: by not using the site much anymore, I’m unintentionally starving it of data. Facebook works for advertisers by drawing clever conjectures about the kind of person I am based on the data they have about me. In the song, I imagine a world where, in the absence of fresh data, the algorithm invents new data. (“In a yearbook photo with a kid I’ve never seen”)

Memory leak is a software development term: Every computer program makes use of temporary hardware memory. As it’s running, it requests the use of blocks of memory, stores information in them, and then, when it’s no longer needs the data, it “frees” the memory. In a sense, a program “chooses to forget things.” This “forgetting” allows other programs to make use of that same hardware memory later on (there’s only so much of it to go around). If a program doesn’t “free up the memory” it ends up holding onto memory it no longer needs. This is what is called a “memory leak”. (Yes, it seems counter intuitive to think of holding onto too much of something as a leak). In a sense, human memory is even more prone to “leaks.” Of course, we forget things all the time, but we don’t get to choose which things we forget. WEBSITE.

The arrangement on 'Memory Leak' is first rate, every note, instrument and the vocals have a fine level of clarity. The song is melodic, polished and flows along firing hooks in all directions. There are shades of Al Stewart in the vocal phrasing, consider that a complement, this is a welcome return for Manwomanchild who last graced our pages in the summer of 2016.