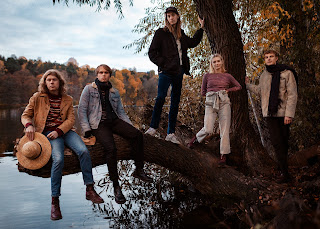 Background - La Lusid is back with a new single called "Empty Bones". Warm, melancholic and dynamic, it’s impossible not to get drawn into their dreamy soundscape.

With a sound that is reminiscent of what we love most about 60’s and 70’s analogue music, La Lusid presents themselves with high quality songwriting and sublime vocal arrangements. WEBSITE, FACEBOOK.

I am afraid we are a bit thin on the ground when it comes to background information regarding La Lusid, the above few words are all we have received and a dig around on their website etc didn't yield much more. Anyhow it's the music that really matters and 'Empty Bones' certainly deserves some attention. An easy going indie song, the vocals come across as personal and are melodic and engaging. The music is delivered to a very high standard, seemingly unassuming and yet you know a considerable amount of  attention has taken place! 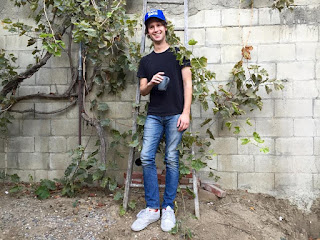 Background - D.A. Stern signs to Slumberland and shares the new "Bluedgenes" video. D.A. Stern, the solo project of David Aaron Stern, is the musical amalgamation of crossword puzzle obsession, backgammon playing, and working as a recording engineer at Beastie Boy Adam Yauch’s (aka MCA) studio. Stern’s laid back, tongue-in-cheek lyrics effortlessly complement his dreamy pop rock arrangements of dense guitars and swirling organs. The music of D.A. Stern, who is more inspired by filmmakers Albert Brooks and Mel Brooks than any songwriter, could be compared to contemporaries Deerhunter, Real Estate, and Yo La Tengo but with the timelessness of Paul Westerberg.

A few years ago, someone lost in the wild of suburban New Jersey would have noticed Stern's Subaru with a NILSSON vanity plate parked in the driveway of a quaint kosher house, stumbled inside, and witnessed David and his mom, Annette, drinking red wine, cracking filthy jokes, and watching the New York Yankees in the afternoon. By nightfall, however, D.A. would toil away in the basement, recording what would become his debut album, Aloha Hola.

A move to LA found Stern steps away from Dodgers Stadium, spending nights at The Comedy Store, and releasing Aloha Hola in early 2017. Aloha Hola is an assured set of classic pop songs that flirt with folk-pop, power-pop and indiepop while remaining comfortable outside of easy genre categorization. Stern's songwriting talent is in ample evidence on earworm singles like "Am I Ever On Your Mind?" and "Bluedgenes," packed with smart lyrics, chiming guitars and indelible hooks. FACEBOOK.

We first featured D.A. Stern back in January although I notice the video for that song has gone missing (perhaps something to do with the recent new label signing?). Anyhow along comes the music video for 'Bluedgenes', where the music is uptempo and vibrant, the vocals surf along in the mix with a dreamy feel and to round things off the video adds some gentle humour. 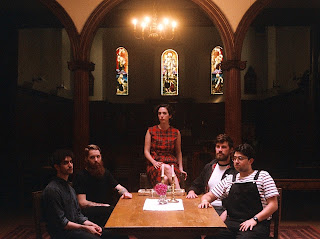 “Little Jack is a character study of someone who lives mainly in their own head. It’s about the pains of loneliness and low confidence, and what happens when these mix with naïve sexual desire. I wanted to hint at the potential for harm or even domination. “Little Jack isn’t a monster, but the song is in part about how monsters - or wolves - are made. We need to rethink how we make, force and mould some children into being ‘men’.”

Post Louis emerged in 2013, releasing two EPs and a standalone single to immense critical acclaim. The band then withdrew to write and record. Songwriters Stephanie Davin and Robbie Stern (Cajun Dance Party, guitar with Fryars) retreated to a remote cottage in Wales during the winter, armed only with a looper and a Dictaphone.

They took the material that surfaced from their time away to the rest of the band (Mattis Moviken, Andy Stern, Adam Turner-Heffer) and formed brand new songs through meticulous playing, testing, deconstructing and experimenting at the Norwegian Church (Sjømannskirken) in South London where the band rehearsed. The result was a collection of songs that are complex and interweaving, and like nothing the quintet had ever created before. Self-produced, the tracks are carefully composed to expose the playing styles and personalities of each band member. WEBSITE.

'Little Jack' exudes both quality and imagination from the very beginning. It's a song that has depth, atmosphere and edge. Powerful and beautifully structured it's not a misuse of the term "experimental" for the track, it's also very assessable.