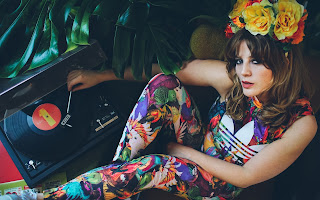 Background - “'Strange' tries to find humour in an age where many of our own identities seem based on an insta-filter and the right angle.” Ay Wing A parody of 21st-century digital narcissism, the video partnering ‘Strange’, the latest dazzling electro-pop release from Ay Wing, features the singer cast as various iconic movie characters, transported into the social media arena, taking selfies in the most precarious situations. Thus we have everyone from Princess Leia to Morticia Addams to Uma Thurman’s Mia Wallace wielding the selfie stick at inopportune moments.

Inspired by Andy Warhol’s celebrated “...famous for 15 minutes” quote, ‘Strange’ continues Berlin-based singer-songwriter Ay Wing’s run of smart, slick poppy nuggets, with its bouncy synth foundations, indisputable earworm of a chorus and even a Baroque-style breakdown all sure to rack up the likes and shares on the very social media channels it cheekily pokes fun at.

A singer, songwriter, producer, performer and bandleader, Swiss-born, Berlin-based Ay Wing has it pretty much covered when it comes to ensuring her beat-driven fluorescent synthpop is exactly as she wants it. And, primarily, she wants it so that her audience dance and her listeners are entranced. Big on retro synths, bouncy guitar riffs and dirty beats, hers is accessible electronica of the classic kind, savvy three-minute pop bangers enhanced by Ay Wing’s strict attention to the most exacting musical detail.

Prior to the release of the ‘Ice Cream Dream’ EP in the spring of 2018, Ay Wing has been prolific in her appearances on stages across Europe, from clubs to open-air festivals to sweaty live-music dens, making sure that all who see her recognise a new pop star-in waiting. ‘Ice Cream Dream’, in all its technicolour glory, backed by further showcase gigs across Europe, will ensure that Ay Wing will not be waiting for long. FACEBOOK.

The vocals are just a little sultry and most certainly engaging on 'Strange' a catchy and feisty song, where electronica rubs shoulders with psych pop and a few other places along the way. The video adds a splash of colour and humour to this desirable track. 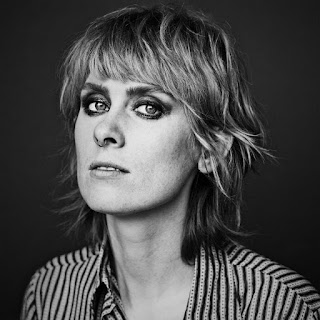 The bands self-titled debut EP is now officially out. "We conquered our fears, learned our lessons, lent our ear to strangers, took advice, ignored advice, played to empty bars, sweat it out with full rooms, bet the farm, spun tall tales, told the truth, rode the highway, took a long, hard look in the mirror, got proud, and stayed humble to bring you this record. We offer it to you and hope you find some piece of yourself in it. It’s made of everything we’ve got". TOUR DATES, TWITTER.

'Voices' is a hook fuelled alt rocker where the band are musically tight and vibrant whilst the vocals add melody and emotion, on this whirlwind of fresh sounding rock and roll. 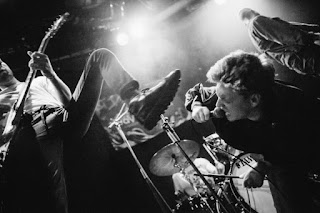 Background - The third Bad Breeding single Dehumanised, is taken from their forthcoming EP Abandonment out this week on One Little Indian Records.

The Stevenage-based anarcho punks recorded the EP on the eve of a European tour, in one room in Berlin with Ben Greenberg (Uniform) at the controls. The result captures all the urgent turbulence of their live show, bristling with an uncontained power.

Bad Breeding will also host a headline show at The Waiting Room in Stoke Newington on International Workers’ Day (1st May 2018) to help raise funds for People for People - Stevenage, a locally-run group that provides relief for marginalised sections of the town’s community.

On the four tracks that make up the Abandonment EP, the band engage in an honest and attentive fury that avoids ulterior motive. True to themselves and where they come from, the band fix upon an irrepressible surge of agitation that is, in every sense, important at a time when ‘profit negates life’, when the neglected are ‘left to sink’ and when there seems to be ‘no end to disillusion’. WEBSITE.

Strap yourselves in tight for some full on and timeless sounding anarcho punk! 'Dehumanised' hurls out the power and emotion from the opening moments, the band soften the pace marginally to make room for some deeply embedded vocals, punk lovers from any era should give this a listen.