Polychrome - Robert Hinton - The Garrys - Quiet as a Mouse - OX 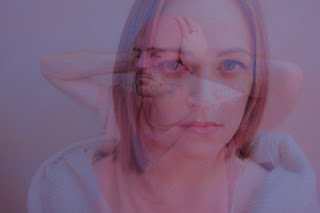 Polychrome - Don't Be A Stranger.

Background - “Don’t Be A Stranger” is an ode to Stranger Things title sequence composers Kyle Dixon and Michael Stein of Survive. Analog synths accompany Victoria’s ethereal vocals in the opening of the second single of the album. The track paints a parallel universe to the rest of the album, making it a standout track. Opposing the glossy synths of the lead-single “Final Kiss”, “Don’t Be A Stranger” leads the listener into ghostly, uneasy sonic territories. The track ends with distortion filters on both Victoria’s vocals and the lead synth, pulling us into a post-apocalyptic digital nightmare.

'We were binge-watching the Stranger Things on Netflix in between recording sessions, and we love the theme music Survive did. We had some time off whilst mixing the album, and so we had the idea of making the theme tune into a song - as an homage to the original. We got busy with the synths and vocoders, and just as we were finishing, there was a spooky power cut and it shut down all our computers and we thought we'd lost everything we'd recorded! Luckily it seems iCloud is immune to the upside-down and it saved the day...' - Polychrome

Victoria studied Creative Music Tech in Cambridge and has contributed a large amount of the production on the album; she feels there is still a massive fight for women in the industry and wants them to get into production and songwriting in the typically male-dominated industry. Victoria considers production during the songwriting process, visualising which effects, samples, and techniques might be used.

East-London-based Polychrome, who channel the spirit of Cocteau Twins with the electronic ecstasy of M83, are made up of Oliver of The Bronze Medallists and Victoria of Victoria and Jacob. FACEBOOK.

We featured 'Final Kiss' by Polychrome last month and said at the time "whatever influences Polychrome might be channelling, they are doing so with significant style." The new song 'Don't Be A Stranger' a cover of sorts for the Stranger Things theme is a beautiful piece. Vocals are gentle almost a melodic whisper of sorts, the synths drive the track with majestic rhythm, collectively this is a gorgeous & atmospheric piece. 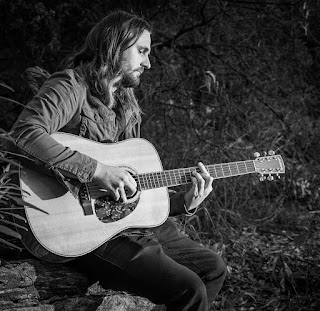 Background - Blending the beautiful storytelling of folk and roots music with some of the more hard hitting attributes of modern rock, Perth singer-songwriter Robert Hinton returns with his new single Footprints, taken from the soon to be launched album There Are No Winners Here, Only Beginners Here.

Growing up in the northern suburb of Craigie and still just a stone’s throw from the ocean, it's no surprise these surroundings have had a strong influence on Hinton’s lyrical content, in the literal sense and the metaphorical. Footprints is an exquisite duet featuring female Perth artist Kim Stolen and a perfect example of Hinton’s raw sincerity and dynamic versatility as a songwriter.

There Are No Winners Here, Only Beginners Here is a solid ten track offering from Hinton and his third album following the well received Winter Sun (2013) and Explaining Colour (2015). Opening with the bluesy, guitar driven Moth to the Flame, the wonderfully crafted body of work goes on to feature ballads, sing-alongs and ambient trips while exploring energetic and reflective moods, closing with the aptly titled When the Sunlight Fades.

A regular live fixture up and down the West Coast, Hinton performs both solo and with a four-piece band, having shared the stage with many local and interstate acts while supporting Oz legends like James Reyne, Mental As Anything and Darryl Braithwaite.There Are No Winners Here, Only Beginners Here out May 11 (pre-order).

The first single from the next months album release is 'Footprints' a refined acoustic singer songwriter affair that is melodic and engaging. The dual vocals are the icing on the cake, adding even more depth and beauty, to a track that oozes quality. 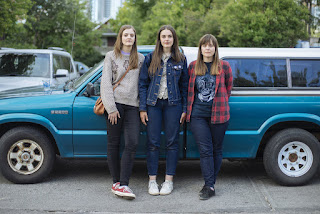 The Garrys - Makeout at the Drive-In.

Background - Canadian sibling trio The Garrys release their new single 'Makeout at the Drive-In' on 13th of May 2018, through Grey Records. A shimmering slice of surf pop,  tremulous guitar licks are draped in subtle strings, framed by percussive backdrops and infused with The Garrys longing entwined vocal harmonies. This delectable song conjures up images of summers days of the past spent pulling up to Drive in with your date.

'Makeout at the Drive-In' is a shimmering slice of surf pop,  tremulous guitar licks are draped in subtle strings, framed by percussive backdrops and infused with The Garrys longing entwined vocal harmonies. With elements of dream pop that could be lifted from a Beach House record, allied to the influence of reverb-heavy 1950s harmonies and a cinematic quality that recalls the Twin Peaks soundtrack. This delectable song conjures up images of summers days of the past spent pulling up to Drive in with your date

The Garrys are a trio of sisters from Saskatoon, Saskatchewan, Canada who play garage surf pop doo-wop. Their harmonies are dreamy and precise, and their instrumentation stays true to the likes of Dick Dale and early Beatles. Formed in the spring of 2015, The Garrys pull a strong influence from early reverb rock'n'roll and 1950s era vocal harmonies. If Ed Sullivan went on a date with the Shangri-Las, they would eat ice cream sandwiches and dance to the Garrys. Like father, like daughter(s). The Garrys are Erica Maier, Julie Maier, and Lenore Maier. BANDCAMP, TWITTER.

'Makeout at the Drive-In' really does convey a sense of gorgeous summer days gone by. The Garry's have created a distinct and totally hook filled surf pop song, I just know I will play this again (and again) - fabulous! 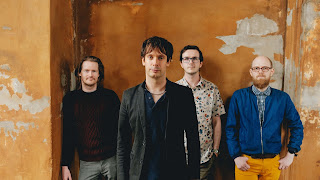 Quiet as a Mouse - Northern Rain.

The group’s live reputation has quickly grown as QAAM have supported Hinds (Deers), The Orwells, Palma Violets, The Big Moon, The Orielles, Coasts and The Crookes. Their first batch of London shows were with Club Fandango at Bull & Gate & Buffalo Bar as well as headlining Birthdays and The Old Blue Last.

Quiet as a Mouse are releasing their debut album 'Is It Funny When It Hurts?' (Part funded by Creative Scotland and produced by Kris Pohl (Idlewild) at Post Electric Studio in Leith) on 27th April 2018. WEBSITE.

The second single 'Northern Rain' falls kind of midway between the styles to be found on the brand new album 'Is It Funny When It Hurts?' released today! I say that's because Quiet As A Mouse can be anything but quiet and when they are going full steam ahead they deliver some feisty rock and roll material. On the other side of the coin they can and are melodic, gentle and quite touching at times. They have already received some well deserved recognition within the UK, hopefully that will travel further, as Scotland continues to grow some fine artists. 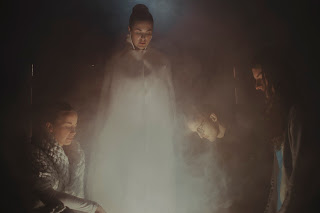 With a fusion of brittle yet powerful voices, beats, organ, and ukulele they have created a dreamlike soundscape characterized by melancholy as well as euphoria.

Ox appear to be one of those bands that let their music do the talking, as the above few words are all I have been able to uncover about them. So what does 'Hidden' tell us. Well first of all Ox have a pretty definitive sound, where melody and energy combine to give us some catchy vibes despite being described as post-apocalyptic pop. There is a hint of Altered Images with this track, consider that a massive thumbs up, and the creative video adds another level of interest. Keep an ear out for Ox, they are well worth having on our musical radar.