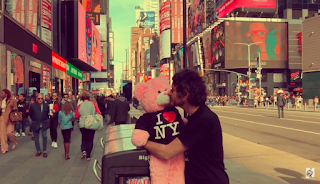 Of the "Vamonos" video, Rue explains: "The song lyric is incredibly earnest. I wanted to create something visual that represented the emotion of the song but went in an extreme direction to lighten it up and make the viewer laugh rather than cry. We went super DIY and tried to make everything in the video obviously move in that direction. My thought was what if we play up the ridiculousness and overwhelming nature of a breakup by making the story of the video a bit silly. Everybody has a friend who felt like they were dying while breaking up with someone who was never the right fit to begin with. What if we repositioned that terrible fit to be a fun-loving, pink stuffed bear? It's the inability to let go of something that is obviously not right for you."

Heavily influenced by the sounds of the 80s, from Cyndi Lauper to R.E.M, Rue's new album City Living presents an aural experience of the downtown Manhattan scene in the mid-2000s brought to living color in 2018. The record, produced by Andrija Tokic (Alabama Shakes, Langhorne Slim, Hurry For The Riff Raff), was influenced by a formative time in Rue's life when he moved to New York in 2005, and found himself in an environment, surrounded by the sensory overload of Manhattan's Lower East Side. City Living captures this period -- a musical snapshot in time.

Rue's lyrics are informed more often that not by his personal life experiences. Broken Window, released in 2016, speaks of his journey to sobriety - a time defined by a hunger for consciousness and by dramatic emotional battles. City Living now serves as the musical prequel to Broken Window. A more upbeat record, City Living is colored by the sometimes blissful ignorance of living life unintentionally before waking up to an awareness of the reckoning and difficult choices that are ahead. WEBSITE.

We have featured Rue Snider just once before back in late September 2016, and I was very impressed by his music back then. Now we have 'Vamonos' a beautiful, gentle and catchy song that simply charms itself into your presence. 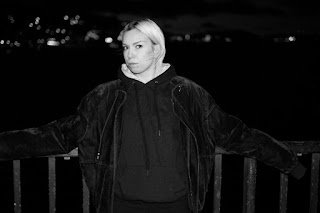 Background - With a past in bands like Vaken and My Sound Of Silence, Therese Lithner was an active part of Umeå's flourishing music scene in the early 2010's. To begin writing songs for a solo project wasn't an obvious choice or any direct plan but fell more like a coincidence.

It was during a session in the rehearsal room, when it suddenly was as the 90s shined through and old childhood idols got free play. With reverb on vocals and guitar, Therese began improvising material, wrote three songs on pure inspiration and recorded them on her mobile phone. Somehow they felt different and the idea of ​​a solo project began to take shape.

After Therese moved down to Stockholm, she started playing with Andreas Sandberg (Magic Potion) in a rehearsal space south of the city. Together with co-producer Linus Johansson (Folkvang, Earthquake, Nightcraft, Old Amica, etc.), the work started with the material that now has resulted in an EP, set for release this spring via Lazy Octopus Records. First single 'Drown' is out on February 2nd. The song is a journey through a relationship, it's about the feeling of first wanting to hug the breath out of everything thats beautiful and then let it fall apart. FACEBOOK.

'Drown' is an atmospheric rocker with a rhythmic and addictive feel to it. The vocals gently glide above the soundtrack adding a level of emotion and intrigue, collectively they harmonise beautifully, this is hard to resist playing again. 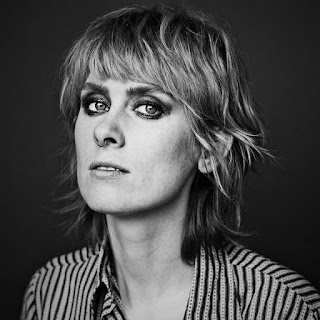 Brick by brick, Ellevator has built a reputation as a band to watch and is poised to break new ground in 2018. "Voices" is the third track from the band's debut EP, out on Arts & Crafts April 20th.

Nabi Sue Bersche's thoughts on the song: "I always had a pretty firm idea of what the Love Of My Life would be like. I had them mapped out completely, down to the rusty old pickup truck and the 5 o’clock shadow. But then they weren't any of those things. They were late nights on the phone and making out in my parent’s hatchback, they were unexpected and ill-advised and all sorts of tears. But I knew from the start that they were my future. So I guess Voices is a love song." FACEBOOK.

Alt rock song 'Voices' has plenty of power and energy alongside the gorgeous vocals that ensure a melodic vibe is present throughout. Add into it, the bus load of hooks, and the EP becomes a tantalising prospect.