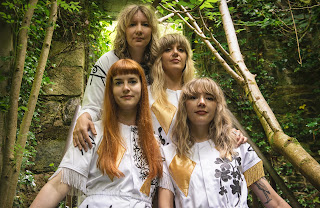 Sister Wives have shared two more tracks from their forthcoming debut album. The Double A single release sees the emerging Welsh speaking band release tracks 'Streets at Night' and 'O Dŷ i Dŷ', following on from a string of well-received singles and appearances at festivals across the UK this summer. Inspired by Welsh mythology, thread throughout a cavernous mix of psychedelia, folk, post-punk, garage and 70s glam rock, Sister Wives recently announced their debut album will be released on 28th October via Libertino Records.

New track 'O Dŷ i Dŷ' is about the Welsh folkloric custom of South Wales, The horse headed Mari Lwyd. The song discusses the tradition and questions whether she has been culturally appropriated, and if she has, whether this is a bad thing or not. The earliest accounts of the horse headed Mari date back to 1798, but the tradition declined in popularity in the early 20th century. The tradition saw a resurgence towards the end of the 20th century and then in 21st century has increased its popularity with the iconic image and use of the Mari spreading as far as North America. O Dŷ i Dŷ’ translates as ‘From house to house’, referencing how she attempts to gain entry to houses, where a musical battle would commence to gain entry, like a poetry slam.

"The song questions whether this is a way of celebrating Welsh culture or whether this is a form of cultural appropriation" says the band. "It mentions how ‘the mare runs free, let’s see where she ends up landing’ and asks for people to reflect on whether those who have resurrected her in other countries are guilty of stealing her skeleton."

Meanwhile, 'Streets at Night' is a literal, visceral description of what it feels like to fear for one's life when walking at night. Paired with a retro organ and a pulsing changeable tempo, the track imbues a distinctive sense of dread - almost emulating a classic horror movie soundtrack. "The song was written as an outlet for this experience that we’ve all felt" says the band. "The speed of the song changing halfway through influenced the lyrics and we hear heartbeats speeding up and slowing down throughout, mirroring the feeling of being on high alert when out walking alone." 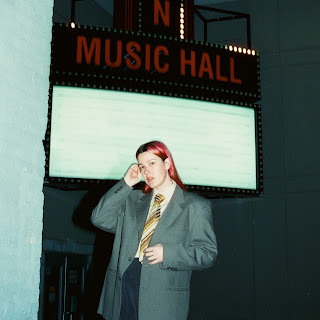 Gabrielle Shonk - How We Used To Be.

Montréal-based singer-songwriter Gabrielle Shonk shares “How We Used To Be”, her first new music in five years. The song is taken from her forthcoming 2023 album which chronicles the enormity of heartache and hope that comes with endings and new beginnings.

“How We Used To Be” marks a new chapter in Shonk’s career. After parting ways with the major label behind her debut album, she used her newfound creative freedom to collaborate with longtime friends, co-writer Jessy Caron of the band Men I Trust, and producer Jesse Mac Cormack (Helena Deland). The result is a moody single with tinges of 90s R&B exploring romantic nostalgia by reminiscing about a relationship before it fell apart.

Released today via Arts & Crafts, "How We Used To Be" is a love ballad about "a relationship that was hard to leave," explains the JUNO-nominated singer. Delicate piano lines and softly-strummed acoustic guitar accompany Shonk's dreamy vocals recalling a time in a relationship before it turned toxic. “I hate you, I love you, I miss you,” Shonk laments before the soulful chorus reflects on better times: “Touch my hand, gently / Talk to me, it’s soothing / Make me see how we used to be.”

How do you come back to yourself? Perhaps it’s important to first understand you have become lost, and admit you’ve veered off path. How then do you begin to piece yourself back together? Five years since her self-titled debut, this is the journey Gabrielle Shonk takes us on with her sophomore album set for release in winter 2023. 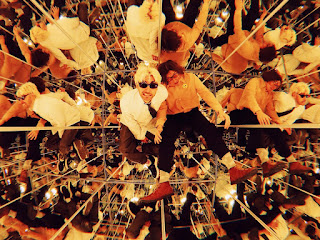 Sounding bigger and better than ever before, Bad Sounds return with their knock-out new single ‘Nu Me Nu Yu’. Self-produced and mixed by Nathan Boddy (Mura Masa, Biig Piig, PinkPantheress), bursting with energy the track is an unmissable reminder that Bad Sounds are ever-evolving and here back once again to stay.

Sharing more, the band explained: "We’re absolutely delighted be the latest in a long list of bands ripping off the Beatles and repackaging it as our own. ‘Nu Me Nu Yu’ is a song that was originally destined for one of our side projects, but everybody we know told us it sounds too much like Bad Sounds, so we eventually got the hint and now we feel silly for not realizing it ourselves. The lyrics are pretty self explanatory, they’re just spelled stupid.

The video is super DIY just like they were when we first started out. We built a room of mirrors and spent a day bumping into our reflections, and trying to not break the glass floor/ceiling/walls. It was super fun to shoot and kinda trippy to watch. We really hope people like it!

Nu Me Nu Yu is the band's first release since January which saw the launch of their impressive EP ‘Escaping from A Violent Time Vol 2.’. The dreamy five track record played host to some stand-out collaborative moments including ‘Move Into Me’ which featured New Zealand two-piece BROODS and ‘You Move backwards’ which features hotly tipped UK artist Ruti.

The band's collaborations continue outside of their own music as their production and songwriting network flourishes in their purpose built studio in the Cotswolds. They’ve had their finger on the pulse collaborating with lots of important new acts coming through, including Arlo Parks (co-writing and producing track ‘Bluish’ off her debut album) and others like Rose Gray, Miso Extra, Joey Maxwell, Devon, Max Pope, VC Pines, SOFY and LCYTN. 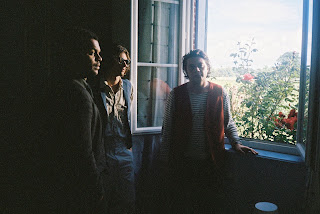 Sunglasses For Jaws - Under a Rainbow.

London based outfit Sunglasses For Jaws today announce their new album 'A Room In Europe' will be released 16th February 2023 via Hackney tastemaker label Pony Recordings (Tempesst, Caleb Kunle). The trio mark the album announcement with the release of the album's first single and album opener, "Under A Rainbow" - featuring vocals from Australian singer Elle Musa.

Widescreen, psych-rock with a penchant for the dramatic, Sunglasses For Jaws consists of David Bardon, Oscar Robertson and Olivier Huband. The outfit's new album was produced by David and Oscar in their London studio and mixed by Elliot Heinrich  (Sorry, Parquet Courts, DEADLETTER).

Combining a love of Scott Walker, Somalian 70’s funk, Hollywood strings with a dash of Portishead, new single "Under A Rainbow" opens with a spiralling string arrangement intertwined with splashes of Turkish Yazh - before dropping into its riveting, luxurious psych-groove. Never short of epic reveals, the instrumental is punctuated by welcome splashes of wah wah guitars and triumphant horn sections.

Featured vocalist - Brisbane based painter and musician Elle Musa adds a delicacy and poise to the track, as she pines for normality, new experiences and good times amidst unusual circumstances.

Speaking on the lyrical inspiration, Elle Musa said: "At a time of isolation in Byron Bay, when we weren’t able to go out or see the world, I wrote this song about longing for newness and good times. I recorded my vocals on a very old little tape machine that my partner found. It was used to record nature documentaries back in the day. I love how the tape machine only records mono but somehow it sounds stereo due to the nature of how well rounded the saturation is. The sounds become more alive and that’s exactly how I wanted to feel when writing the song. In my mind I saw the evening light with the sea close by... Falling in love and the bliss that comes with it. Feeling so free as if dancing underneath a rainbow."