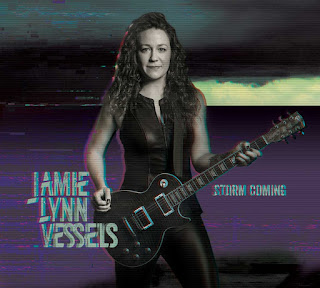 Background - "Storm Coming" is Jamie Lynn Vessels' new blues-rock album, released last month. Jamie Lynn Vessels is a soulful rock and blues artist with her roots in songwriting. Likened to Bonnie Raitt and Sheryl Crow, this six-foot tall rocker will captivate the audience and command the stage as a solo act or with her full band. She has embraced New Orleans as her musical hometown, and the city has done her the same, affording her the opportunity to add grit and soul to her style and music.

No matter where JLV travels and plays, there is something undeniable about her songs and musical appeal... whatever your taste, Jamie's voice and presence will capture you. Her music is soulful, bluesy, filled with intricate lyrics and beautiful stories, and delivers a stunningly intoxicating ride of rock 'n' roll.

Jamie has had the opportunity to play with local celebrities at Jazz Fest, French Quarter Fest, and the Mahalia Jackson Theatre. Jamie has opened for Dilana, Roxie Watson, Grayson Capps, and others. She has played around the country and has regular solo and full band shows in and around the Crescent City.

With fourteen tracks 'Storm Coming' is packed full of some refined blues rock material. The moods and momentum vary along the way, sometimes full on with rock energy, other times more restrained and sensitive. 'Dear Love' is a more blues ballad orientated piece, which helps showcase Jamie Lynn Vessels vocals well, however expect a whole load more in terms of variety and you can be sure the musicianship is consistently high in calibre. 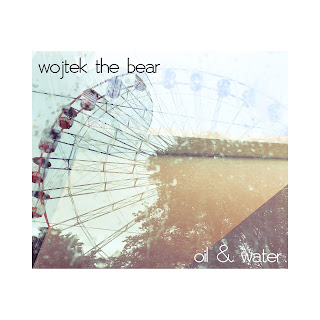 Following on from the success of their maiden EP, wojtek the bear tucked themselves away to work with in-demand producer Chris McCrory (Catholic Action) to record a talent for being unreasonable at Shady Lane Studios in late 2017.

oil & water deftly mixes pointed percussion with gentle instrumentation as lead single Tam Killean calmly broods that "one's too many, but a hundred's never enough."  Of the lyrics, Killean describes the track as being a song about addiction, be that to something or someone.  "I think we all have those low-level addictions that we probably don't even realise are there so it's about sort of being aware of what you're doing whilst also feeling like you can't actually, or maybe don't want to, stop it."

You have to go back to June 2016 for Beehive Candy's only other feature for wojtek the bear, that said as soon as we received the new song 'oil & water,' I remembered them and had a feeling, it would be a good one. Last time around we had a "breezy indie pop" piece, the new song is a little more towards alt rock, that said the melodic vibes are there and the hooks gently dig in deep. 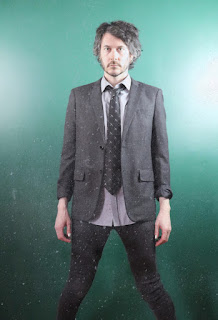 Background - Timeless and genre-bending singer songwriter Rue Snider releases "Experiment In Love", the second single off of his forthcoming record, City Living. The track follows the sucess of the first single off of the album, "Vamonos."

Of "Experiment in Love" Rue valiantly proclaims, "Experiment In Love is one of several songs on my forthcoming record City Living that deal with heartbreak, loss, and obsession. The record is a snap shot of life in New York in the mid 2000s and that picture would be incomplete without presenting a good bit of sadness. New York City is a magical place that affords boundless opportunity but very often everyone is moving so fast that fundamental human needs get ignored or pushed aside. It can wreak havoc on one's emotions and mind. Heartbreak and loss are part of the experience of being alive and they are especially part of the experience of living in New York where ambition often trumps love."

Heavily influenced by the sounds of the 80s, from Cyndi Lauper to R.E.M, Rue's new album City Living presents an aural experience of the downtown Manhattan scene in the mid-2000s brought to living color in 2018. Rue's lyrics are informed more often that not by his personal life experiences. Broken Window, released in 2016, speaks of his journey to sobriety - a time defined by a hunger for consciousness and by dramatic emotional battles. City Living now serves as the musical prequel to Broken Window. A more upbeat record, City Living is colored by the sometimes blissful ignorance of living life unintentionally before waking up to an awareness of the reckoning and difficult choices that are ahead. WEBSITE.

We featured the first single 'Vamonos' just a month ago, and hot on it's heels is the second single 'Experiment In Love'. Rue Snider crafts some excellent music, his attention to detail is equally matched by his interpretation of human experiences, and turned out as engaging and honest musical journeys. Fresh and always intriguing, his genre sliding music is proving to be very addictive.