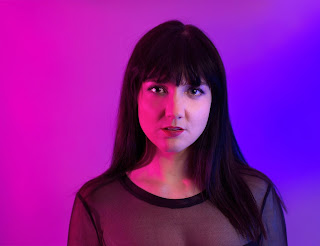 Background -  Singer-songwriter, Joy Autumn, explores this declaration in depth in her latest music video for her single, Go, a music video she created with an all female production team. “I’m fascinated with the idea that our past can be even more present than what’s happening in the current moment,” she explains.

Go brings you back to that desperate feeling, with haunting images of an ex lover being projected onto a blank canvas as well as Autumn’s own body throughout the video. She can’t seem to escape this person and the memories and presence of her past is palpable, oftentimes engulfing her.

“In that moment,  I realized that I had to pick my own well-being, even though the distorted reality is that I perhaps loved this person even more than I did myself.” The song is a part of Joy Autumn’s upcoming EP, Midnight, which drops today Friday, August 24th, and is an atmospheric indie-pop record about the dark side of making it as an artist in Hollywood.

Joy Autumn, a singer-songwriter originally from the small town of Olympia, Washington shines light as bright as the Hollywood sign itself onto the dark side of making it as an artist in her new atmospheric pop E.P., Midnight. Finding herself broke, depressed and eating canned food in a 400 square foot apartment, the glitter of Hollywood quickly faded away.

While waiting for calls that never came, Autumn discovered an underbelly of the city that consists of late night and early morning partying, drinking, drugs, sleeping in until 4 p.m., and dating all of the wrong men. Joy describes it as a sort of after party culture in which trust-fund babies, the offspring of celebrities, and wealthy industry men would get together to prey upon female Hollywood hopefuls. Despite the fact that she was out with all of these gorgeous models and actors, Joy states in a matter-of-fact manner, “No one who is out at 4 a.m. on a Tuesday is happy” - herself included.

Midnight is the result of Autumn’s loneliness and the search for herself amidst what she calls the “Hollywood hypocrisy.” “I was so busy not making it in Hollywood that I forgot the reason why I created music in the first place,” Joy explains. She took her challenges and co-produced Midnight, a moody and cinematic pop record, with the support of producer, Bill Lefler (Ingrid Michaelson). There were days when she couldn’t get out of bed and that’s when she re-discovered her love of utilizing songwriting as a form of therapy. Music became her reason to stay in Los Angeles and continue to chase her dreams, despite incredible odds and obstacles. TWITTER.

The brand new video for 'Go' coincides with today's 'Midnight' E.P. release. It's one of five songs on the new E.P. (six if you include the acoustic version of the opening track), and we featured another song from the collection 'Brave' earlier this month. What strikes me having listened to all the material, is the intense sincerity that Joy Autumn conveys in her vocals, a sense that it's important that you hear what she has to say. Add to that the melodic nature both vocally and musically of the material, accompanied with some exquisite musical arrangements and we arrive with an E.P. that is touching, passionate and highly desirable. 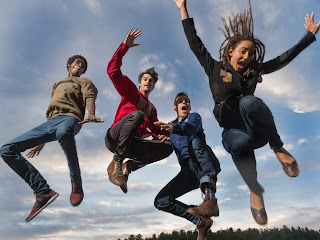 Billy Wylder - Roar of the Wild.

Background - From the front-lines at Standing Rock to the archaic streets of Jerusalem, the Sahel Desert to Carnegie Hall, music has been the source of strength for Billy Wylder. The band features Avi Salloway (Bombino/Hey Mama/Avi & Celia) joined by an inspired cast of singular artists who have performed across five continents including concerts at the Coachella Music & Arts Festival, Newport Folk Festival, New Orleans Jazz & Heritage Festival, Montreal Jazz Fest, Carnegie Hall, and Lincoln Center. From 2013-16, Salloway toured the globe with Bombino, the Tuareg guitar hero from Niger, Africa. While on the journey and since returning, Salloway wrote a collection of new material that will be released on the band’s forthcoming album, Strike the Match (Sand & Gold Records) on September 7, 2018.

Salloway has been bringing these songs to life with the Wylder Family, a group of dear friends and musical kindred spirits. In between shows, the band spent ten days recording at Eyeland Studio in the Columbus Theatre, home of The Low Anthem. The music weaves together American folk and rock with sensibilities from the Sahara Desert: think Andrew Bird meets Ali Farka Toure, Pete Seeger and Talking Heads. Strike the Match expands on American musical traditions, building a bridge to their African roots and coloring the songs with experimental art-rock textures: gilded string lines, synthesizers, and angular guitars. Mother Earth is at its center, surrounded by stories of love, conflict, change and dreams.

Salloway shares, “This album is a reflection of the world we’ve been born into, one filled with supernatural beauty and incomprehensible struggle. My social and environmental activism work has taken me to territories that have been colonized and occupied in the Middle East, North and West Africa, the South Pacific and Standing Rock, here at home. I have experienced the creative spirit rise up in the face of darkness and adversity and it is the most life-affirming feeling I have witnessed. This record has become the artifact at the intersection of these moving events in my life.”

On Strike the Match, Billy Wylder grapples with some of the most pressing questions of our time. How can we reorient ourselves to nature as a source of strength for resistance to the forces that seek to destroy and profit from it? How can we use music to move beyond capitalism and nationalism to a global society for the benefit of the earth and all living beings? How can we reconcile our painful history with hope and optimism for the future? The album calls the listener to engage with these questions and illuminates the path towards participating in the creation of a more just and sustainable world. WEBSITE.

'Roar of the Wild' is the first single from the forthcoming 'Strike The Match' album. I'd love to say that it's typical of the album, but that's pretty difficult considering the differing directions and ideas that this fine band explore and embark on. The melting pot of Americana, rock, and folk ensures every song is a new journey, perhaps the featured song is best used to demonstrate the overall quality and refinement that Billy Wylder create, one that's intriguing, fabulous and very creative. 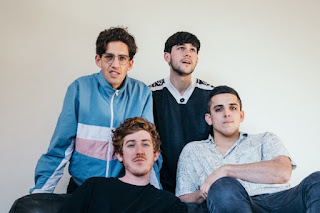 Background - The chatter has begun. "The pressure is on." Stumps return this week with a punchy take on overheard interactions with 'Conversation, Conversations'. Inspired by throw-away conversations overheard in the current dating climate, the band has reflected on this accidental survey and transformed it into a lyrical stab at masculinity and the often pointless attempt people make at impressing others.

'Conversations, Conversations' kicks in with a distinct, deliberate and powerful drive that carries throughout, championed by singer Kyle Fisher's distinctive baritone vocal. It's an indie rock vs brit-pop mish-mash party tune and one that is sure to get arena dance floors moving when Stumps head out on tour nationally with Trophy Eyes, Maddy Jane and Dear Seattle this October.

Stumps work fast. This latest single is out just after their debut EP Just Another Stay at Home Son hit virtual shelves in March. It's an evolutionary step for the young band who only formed just over a year ago on Sydney's Northern Beaches. In their short lifespan they've already achieved triple j Unearthed rotation and airplay on 'Piggyback', 'This Home is Mine' and 'We'll Do it Anyway' - all from their debut EP. Last year Stumps went on tour with mates Dear Seattle and this year hit the road with Maddy Jane. A sold out Sydney headliner followed, solidifying their live presence further with packed out crowds at their Brisbane and Melbourne shows. TWITTER.

Feisty and driving indie rock track 'Conversation, Conversations' is given considerable edge by Kyle Fisher's delicious baritone vocals and there melodic capabilities. Understandably the band are keen not to left behind and deliver a ultra tight rock and roll backdrop, keeping the singer equally on his toes. 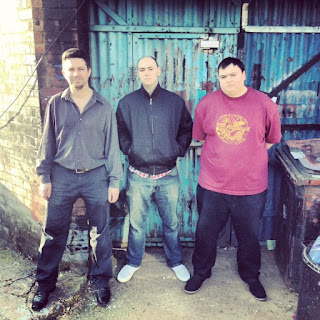 Background - London outfit The Swagger presents their bold new single 'Heart 'N' Soul', which is set for release on August 31. Ahead of this, the band are previewing their new video, which features a surprising story line and unexpected ending, cloaked in dark humour.

'Heart 'N' Soul' was produced by Mike Bennett (Ian Brown, The Specials, Doctor & The Medics) with Angus Wallace (Wishbone Ash, Spiritualized, The Fall) as sound engineer. It was recorded at Far Heath Studios in Northamptonshire, famed for recordings by The Specials, The Fall and The Prodigy, among others.

This single follows their eponymous debut EP (2016), produced by Graham Bonnar (Swervedriver / The Brian Jonestown Massacre), engineered by Josh Green (Madness, Robbie Williams, Franz Ferdinand), mixed and mastered by Pat Collier (The Vibrators). It was recorded at the renowned Konk Studios in North London, founded by The Kinks' Ray and Dave Davies.

The Swagger are an indie-alternative, acoustic-pop rock band from Hornsey, North London UK formed in 2011. The band consists of brothers Lee Stevens (lead vocals, rhythm guitar) and Paul Stevens (lead guitar, backing vocals), together with Will O’Connell (bass Originally playing small London pubs and clubs as The Mad Hatters UK, The Swagger was born in 2011 when the brothers were joined by their friend Will O’Connell.

'Heart 'N' Soul' is a confessional love song based on admiring one's beauty from a far. Here we find an easy-to-catch old school vibe in a melody fitting for the here and now. TWITTER.

'Heart 'N' Soul' is a quickly pleasing rocker where the vocals carry the melody and the music rocks along in a playful manner. Add the story telling video complete with dark humour and the combination makes for something just a little different...