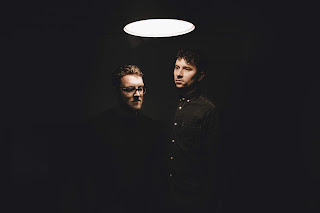 The Last Dinosaur - Me & Magdalena.

Background - A year on from critically acclaimed second album The Nothing (★★★★ - The Independent, ★★★★ - Uncut, ★★★★ - Mojo) The Last Dinosaur return with a re-imagining of the Ben Gibbard (of Death Cab For Cutie) penned Me & Magdalena, written for and recorded by The Monkees for their final album Good Times. It is also their first single for new label, Phases.

Featuring backing vocals from Nettwerk artists Austin Basham and Jack In Water and beautiful lap steel from Nashville resident Hip Hatchet this ode to a love beyond measure is the perfect song to soundtrack the transition between Summer and early Autumn as the warm comforting glow of the evening shifts from the setting of the summer sun to the heat of the camp fire.

The band play the Sebright Arms tomorrow 26th September supporting Horse Feathers and a headline set on the 2nd of Oct at The Finsbury. WEBSITE.

A gentle and refined musical backdrop makes the perfect companion for the intimate vocals on 'Me & Magdalena'. The detail from each musical element stands out with superb clarity and the harmonies add to the heart and soul that this tender song exudes. 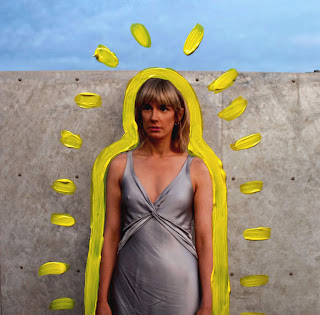 Background - Ani Glass releases her new single 'Peirianwaith Perffaith' (Perfect Machinery) on the 26th of October through Recordiau Neb. She will be performing at Pop Montréal on the 28th and 29th of September and will be attending as part of the Focus Wales delegation, supported by PRS Foundation's International Showcase Fund and Wales Arts International.

Ani Glass is back with her new single 'Peirianwaith Perffaith' (Perfect Machinery) underpinned by a tapestry of pulsing and prodding synths, samples and programmed beats bathed in the neon of the city’s industrial glow. Her sublime pirouetting vocal refrains infuses a knowing pop universality into the overwhelming experience of life in the city’s engine room. Ani says it’s about how the “search for identity in a moving city and society insists on a sense of stillness often found in the shadows of progress”.

Released as a single in 2016, the industrial electro-pop of ‘Y Ddawns’ (The Dance) is a rallying call for those seeking inspiration in language and art. Ani followed this with the release of her debut EP ‘Ffrwydrad Tawel’ (Silent Explosion) on Recordiau Neb which included six infectious, socially conscious electronic pop songs. They stand as a document of Ani Glass’s artistic evolution invested with grander themes concerning the Welsh language and politics. A Remix version of the EP was later released and featured reinterpretations by Carcharorion, Cotton Wolf, Plyci and R. Seiliog.

Ani Glass is the persona of Cardiff-based electronic pop musician, producer, artist and photographer, Ani Saunders. Fiercely proud of her heritage, Glass sings in her native languages Welsh and Cornish, and in 2016 released her first solo material with lead single ‘Ffôl’ (Foolish) being chosen as single of the week on BBC Radio Cymru and gaining plays on BBC 6 music.

Ani is also known for her work with The Pipettes, joining in 2008 to record the Martin Rushent-produced Earth Vs. The Pipettes album. Prior to her stint with the polka-dotted pop band, Glass was a member of Genie Queen, managed by OMD’s Andy McCluskey.  TWITTER.

'Peirianwaith Perffaith' (Perfect Machinery) is a beautifully landscaped track where the musical layers intertwine gracefully against a steady beat. Ani Glass's vocals melodically flow above on this imaginative and catchy song. 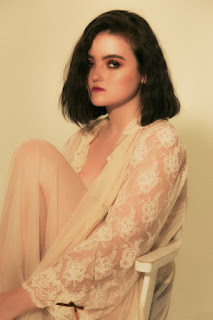 Background - For being such a young artist, Alfreda has already found her true voice. Her single, “Thunder” is a perfect example of this, through revealing vulnerabilities while simultaneously communicating an insecurity we all have to go through.

"Thunder sounds like it's about a competitive dynamic with a friend, which it is, but for me, it's more about that feeling you have when you want to be heard, but don't know how, so you blame other people for stealing your 'thunder' from you. For me, I guess I wanted attention, but I was far too shy and insecure at the time to put myself out there. So I just got a bit jealous when people thrived around me, which is obviously irrational and childish because we should all support each other. But writing the song really helped me get out of that state. Hopefully, the song will connect to fans if they're going through a similar situation, but have trouble identifying or expressing it. I think this is quite a regular feeling for people, and the only way to overcome it is to be more honest with yourself, and kinder to yourself."

Alfreda doesn’t force heart-wrenching emotion into dramatic ballads with message-heavy chants. The intelligently simplistic narrative and R&B crooning throughout “Thunder” helps elevate the single’s more conventional song structures to present a convincing argument that the young songstress will be one making her way to the top very soon.

Alfreda is a singer/songwriter based between London and Berlin. While she now lives in London, she grew up in New York City, which is where her father, a respected poet and playwright encouraged her to start writing. In 2006, she and her family relocated to Sussex, where Alfreda began experimenting with music software and recording her own songs. At 16, she decided to make the move to London to pursue her dream. The next couple of years were spent writing and experimenting different sounds with a producer, as well as getting a band together and playing live shows around the city.

After Alfreda’s longtime collaborator Craig Walker (Power of Dreams, Archive) introduced her to the Berlin music scene, she got to know many new producers and songwriters and now credits her time spent in the German capital for defining her style. Her music features appearances from musicians such as Tyler Pope (LCD Soundsystem) and Knox Chandler (Siouxsie and the Banshees), and she has been produced by Victor Van Vugt (Nick Cave, PJ Harvey) and Jan van Der Toorn (Outkast, Snoop Dogg, Bryan Adams). FACEBOOK.

Alfreda  has one of those voices that quickly resonates and requires closer attention. On 'Thunder' she delivers her lyrics in a natural yet characterful manner. The hooks are everywhere and I sense that Alfreda is going to be gaining far more attention with material of this calibre. 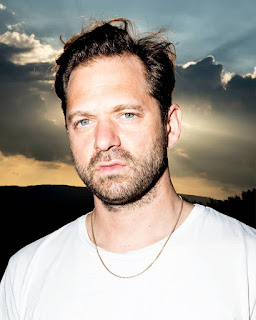 Background - It’s the game of contrasts - visible vs. invisible, dark vs. light, devotion vs. resistance. Neo-soul singer Lui Hill narrates this in his single 'Revolver,’ drawing a parallel to love itself. How long should we fight? When did we fail? Is it time to escape?

Anyone who's been following the musician's work will know that 'Revolver' has already made an entrance as part of a longer story. Hill now concludes this five-part video series and releases a live session for 'Revolver,’ where the singer shows unusually direct, full-force drumming. A contrast to the content of the song? Not really. Lui Hill seems to exude the pain and helplessness conveyed in the lyrics, and for a moment allows viewers to penetrate deeply into the Peron Lui Hill.

The release of the live session fuels the anticipation of his upcoming tour, which will kick off in October and guide him through Europe (dates here). Supported by the artist duo Fye & Fennek, they seamlessly blend in with the contrasts surrounding Lui Hill by adding their own mix of empathetic singer/songwriter mentality with danceable electronic beats.

'Revolver' has appeared on the self-titled album by Lui Hill (release 08.10.) and is part of a five-part video series in which Hill tells his very own version of a fairy tale classic. Inspired by Christian Andersen's, "The Little Mermaid,” the artist takes you to the darkest corners of Los Angeles.

The debut album 'Lui Hill' was eagerly awaited nationally and internationally, following a series of single releases that earned him a spot in major US playlists such as New Music Friday, Weekly Buzz or Young & Free, as well as a faithful following of over 260,000 monthly Spotify listeners. Furthermore, Lui Hill has attracted the attention of internationally acclaimed media such as Earmilk, Rolling Stone, Billboard, Decoded Magazine, Rockerilla and Gaffa.

A slow steady rhythm and stripped back musical backdrop leaves plenty of room for Lui Hill to display his distinct and soulful vocals on this high class live session version of 'Revolver'.