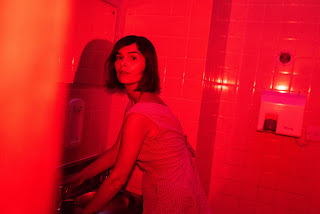 Tackling universal themes with a personal focus, Bessie’s song-writing falls one or two cryptic references short of laying herself totally bare. This mix of openness and obliqueness, alongside a lighter-hearted edge, makes for the beginnings of a captivating collection of releases so far. Her languid garage-rock indebted sound positions her alongside transatlantic artists like Soccer Mommy, Snail Mail or Angel Olsen, with nods to Brooke Bentham and Fenne Lily also.

Continuing this trend is new single Nino, which was produced by Richard Woodcraft, who won a Grammy for his work on Radiohead’s iconic album In Rainbows.

It’s an exploration of anxiety, and the value of having people around you to lean on, to push and pull at the right moments. “'Nino' is something my boyfriend calls me when I say I can't do something,” Bessie explains, “like if I am feeling unconfident about a performance, or something else that I totally have the ability to do, but I feel like I'm not able to, purely because of my own brain.

“The song has some well disguised personal references that relate to me...body image, boredom, sex, and that feeling like you want to go into self-destruct mode because of it all. Life can overwhelm and consume everybody and having someone there to give you a push or a boost is sometimes all it takes.”

Artists are often both a product of, and reaction to, their spatial surroundings. Bessie has lived her whole life in the countryside, and its eerie sparseness, punctuated by points of natural beauty, seeps into her artistic endeavour. Tackling the juxtapositions in both her thematic self-analysis and sonic textures can partially be attributed to the contrasts inherent in the environment that has shaped her. TWITTER.

Bessie Turner delivers gorgeous and sparkling vocals on 'Nino' an uncomplicated mixture of indie pop and rock (with some garage rock styling for good measure), where the hooks dig in early doors and don't budge. 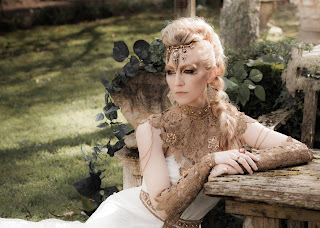 Parabola West is back with her new single 'Calling Your Name'. The artist persona of New Zealand-based American singer and songwriter Amy Tucker West. Drawing inspiration from Celtic and Nordic folk roots, electronica, and organic sounds, Parabola West's music is a lush soundscape of layered melodies.

This new release follows up Parabola West's 2017 EP 'Purity of Weakness' and lead single 'Fire', which was released both digitally and on CD. Her debut EP 'Did You Hear?' was released in 2014. Often piano-driven, her music is laced with hints of Celtic and Scandinavian influences and a dash of fantasy.

Originally from Springfield, MA (near Boston) on the U.S. east coast and currently based in Raglan, New Zealand, Amy began songwriting on piano as a teenager and, at age 21, she was recruited into the London-based trip-hop band Dreamfield during their recording sessions in Boston. With two critically acclaimed releases to their credit, the band split in 2003 and West relocated to New Zealand.

The self-confessed ‘math & science nerd’ then took a 10-year break from the music industry to work in IT and engineering recruitment, returning to her musical roots in 2013 as solo artist Parabola West.

“I came to a point where I needed to fully immerse myself again in the creative,” says Amy Tucker West. To achieve that she took the extreme step of moving completely off-the-grid to a rural spot on New Zealand’s rugged West Coast. West has since released two successful EPs and continues to call Raglan home.

"Calling Your Name' expresses the torment of loving someone who has become emotionally numb. Ask anyone on a significant dose of anti-depressants and they'll tell you about the numbing - that slow, subtle nothingness that keeps life ticking over without incident but turns down all the colour," says West. WEBSITE.

'Calling Your Name' is beautiful and has an expansive feel, as both the melodic and captivating vocals and more electronic musical backdrop complement each other wonderfully. Add to that a subtle Celtic feeling, that gives this piece a little extra feeling and warmth, and this certainly is one imaginative song. 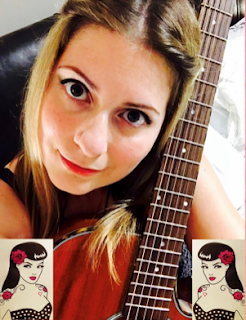 Georgie and the Georgettes - Shaloomalooma!.

Comprising of four songs, the opener being the vibrant 'Shaloomalooma!' there is not a lot more I can tell you about those behind it, namely Georgie and the Georgettes.

The E.P. itself travels through classic genres in a breathless and totally lovable way. It's a little bit like a retro short, sharp, shock, that demands you stand up, pay attention and then throw yourself around the room in wild dancing abandon!