The Steel Woods - Half Stack 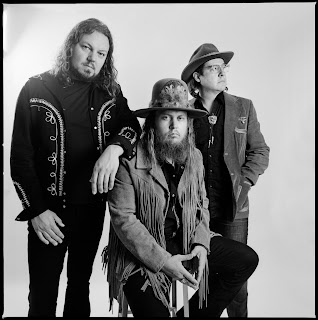 Old News, the new album from Nashville based southern-inspired rock band The Steel Woods is set for a January 18th release via Woods Music/Thirty Tigers. Centred around the soulful and commanding vocals of lead singer Wes Bayliss and the instrumental prowess of guitarist Jason (Rowdy) Cope, Old News makes a statement in the continuing evolution of The Steel Woods as a unit and the Bayliss/Cope combo as songwriters, something their 2017 debut Straw In The Wind only scratched the surface of.

Over the last two years The Steel Woods have built a loyal and passionate fan-base through their road warrior touring mentality and extraordinary live shows. Whether headlining or supporting artists such as Dwight Yoakam, Lynyrd Skynyrd, Jamey Johnson, Cody Jinks, Miranda Lambert, Blackberry Smoke and many more, The Steel Woods consistently convert audiences with each performance.

The themes reflected on Old News range from perseverance (“Wherever You Are”, “All of These Years”), to unity (“Blind Lover”) to hope and resilience in the stand out title track “Old News”. Their belief in finding common ground through shared life experiences and a musical connection was inspired by the conversations the band had with people they met on the road.

As with their acclaimed debut album, The Steel Woods again included a Black Sabbath cover (“Changes”), but also felt the need to acknowledge some important artists we have recently lost. The four tribute tracks honour Tom Petty (“Southern Accents”), Merle Haggard (“Are The Good Times Really Over (I Wish A Buck Was Still Silver)”), their dear friend Wayne Mills (“One Of These Days”) and Gregg Allman (“Whipping Post”).

The Steel Woods are a band steeped in Southern culture with a modern approach and powerful intensity in live performance. Though their style is apologetically Southern Rock and Rock, just pull back the layers to find lyrics that feature passionate storytelling and messages that resonate. TWITTER.

The Steel Woods have shared the title track for 'Old News' with the album due to drop in January 2019. Southern Rock and associated culture might not be for everyone, however I have to say it has always travelled well, with the likes of The Allman Brothers introducing me in part, at Knebworth Park in England back in 1974 (I was very young - honest).

In the less distant past (under 20 years ago) The Black Crowes are another band that have set standards high in terms of expectation for this classic southern music. I mention this (in part because it might make some old rockers a little jealous), but more seriously, due to the fact that The Steel Woods have made this music their own and are just incredible to listen to. There is heart, passion, and depth to this song alone, it's hard not to be stirred a little, because at the core I sense it is genuine, something good Southern rock has always been. 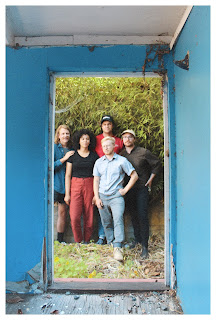 In the past year, Half Stack have played around the Western US, appeared at SXSW, and received a nod from NPR with musical features in its national broadcasts. They're currently riding the waves their new record, Quitting Time, is making, with praise from The FADER, SF Weekly, Bandcamp, Tiny Mix Tapes, and The Deli, among others. Notable performances have included an appearance with Alex Cameron at the Noise Pop Festival in the Bay Area, as well as supporting Chastity Belt, The Garden and many others.

A standout among the flourishing DIY community in Oakland, the five-piece band blends cosmic-Americana with the rough-around-the-edges sound of the East Bay on their debut LP, Quitting Time. Pete Kegler's casual vocals perfectly encapsulate the laid back feel Half Stack cultivates, supported by the pulsing melodies of Callum Beals bass playing and Marley Lix-Jones harmonized, jangly guitar riffs.

All of the groups members have known each other for years, and played in countless bands together. Kegler & Beal spent their college years in the beach town of Santa Cruz, where they first honed their unique talent for surfy twang, and guitarist Oliver Pinnell also tours with Jay Som, who drummer Digger Barrett often tour manages.

On their first full length, Half Stack establish themselves as a fully formed and unique Western outfit, fit for indie rock kids who are ready for something familiar but new. Mostly, they're just here to have a good time. FACEBOOK.

From the opening moments of the first track 'Dually' Half Stack had gained my attention with the musical arrangement, where there is something just a little hypnotic going on behind the carefree vocals and harmonies. Then they change style with 'Quitting Time' a timeless taste of Americana with a loose and enticing feel. From there on the the album 'Quitting Time' continues to work it's charm, twist and turn and impress in a fabulous way. It's all presented below, and well worth a listen.