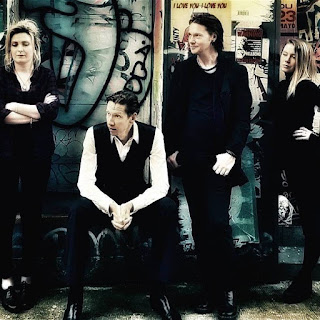 This song is us having a bit of fun, we’re not all doom and gloom. We wrote it in the same vein as The Gin Song, in a sense it’s The Gin Song’s big brother. We released The Gin Song a couple of years ago and was also one of Steve Lamacq’s ‘Best of the year so far (2017).

The Hangover Song is what it says on the tin. It’s an old school, knees-up, foot stomping track, we want to explore a different style which we’d hinted at before. The lyrics are still quite dark and morbid but the music drives the track towards something more playful.  We have a lot of different roots in our band and it’s nice to explore them and experiment with different styles. We wanted to explore a bit of the Trad element and a bit of the classic shanty style, we wanted to have another track which was a bit more light-hearted and fun to play live: we love seeing people dancing and laughing. The drums are classic Locks and tribal which keeps the momentum up, Marians fiddle takes a bit of centre stage here which is a mixture of bowing harmonies and melodies, it carries the song perfectly. Mikes double bass flits from sliding, sleepy notes at the start to dancing all over the neck.

It was 'The Gin Song' that introduced Beehive Candy to Locks and since then I'm always keen to hear them whenever something new comes along. 'The Hangover Song' is a feisty number considering hangover's are best served in low light and silence. So consider this more a "hair of the dog" song, or even better enjoy it in good health and jig along, it's not one to sit back to.... 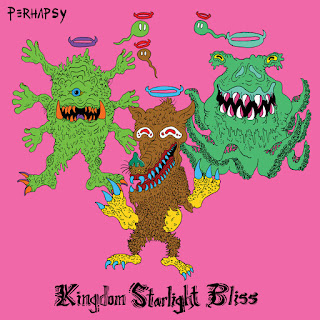 In case you missed it, Perhapsy's new record, Kingdom Starlight Bliss, is available everywhere! The record's been praised by national and local outlets, and the band is currently nominated for The Deli's Artist of the Month alongside other Bay Area breakouts like Rose Droll and Small Crush. We're so thrilled to see all the love coming in for this generous collaborator, and would appreciate any help in spreading the word!

For years now, musician slash graphic artist Derek Barber has bounced around Michigan and Bay Area music circles, making a name for himself with his jazz inflicted, inimitable guitar work. Currently a touring member of both Bells Atlas and the new Christopher Owen band, Curls, as well as a contributor to Madeline Kenney and Astronauts, etc., Barber has somehow found time to craft dense, emotion filled shoegaze pop under his moniker Perhapsy.

'Neverending Story' gives us a little taste of 'Kingdom Starlight Bliss' a collection of songs that stand in equal measure to this track. The guitar playing is impressive, the material is innovative and the hype is based on the quality that Perhapsy provides, rather than folk jumping on a bandwagon. 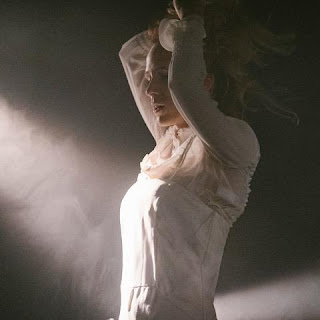 Katey Brooks - In Your Arms.

The new single from Katey Brooks entitled ‘In Your Arms’ highlights her authentic musicianship, with soulful choral vocals, warm instrumentation and ethereal soundscapes, the track evokes a sense of intimacy between both the artist and the listener.

Katey Brooks is a clear-eyed rebel in an industry that demands consistency. A devastating songwriting talent that has drawn comparisons with Jeff Buckley (Supajam), Brooks has no shortage of famous admirers and yet she has resisted formula. Over a career spanning four continents, she’s journeyed from intimate living rooms to opulent concert halls, from dive bars to decorated studios with some of music’s biggest names. The wandering troubadour defies easy classification, with a back-catalogue incorporating soul, folk, blues and country. With her new album under construction, the mercurial songstress is more determined than ever to do things her own way. Applauded by the press, this ‘rising singer-songwriter has the crowd eating out of her hands’ (The Independent) and is simply ‘not to be missed’ (Time Out). To watch her sing live is to witness emotional exorcism, but when you know her backstory, it’s hardly a mystery why.

Growing up inside a cult, as a child Brooks found refuge in song. "It was a very chaotic upbringing, full of some pretty colourful and sometimes unsavoury, characters. But when I sang, I felt free and connected. For as long as I can remember, it’s been my way of getting what I need to say out”, she reveals. When she was sixteen, she turned down a spot at the Brit School, the performing arts college where a lot of the UK’s biggest musical exports – Adele, Amy Winehouse, Katie Melua – hail from. "When I was 22 my mum got ill and she died. And then not long after that, my lifelong best friend went missing and she also died. That’s definitely had an effect on the course of my life and my writing. I guess I’m lucky that I have songs that I can write, as a means to deal with things”.

All of these hardships seem to have driven, rather than dragged Brooks under. "Pain just reminds me why I sing," she says. "And not just for me; for everybody. They say in a funny sort of way musicians are like therapists," she muses. "Because music is a universal language. Everybody has experienced some kind of heartache, especially in relationships, and music allows us to purge these feelings." Brooks has certainly had her share of romantic turbulence, not to mention the struggle to come to terms with her sexuality. “In my most recent work I’ve finally been able to sing directly about women instead of using the mysterious ‘you’. I’m a private person in a lot of ways and I never wanted to be a poster girl for anything. But a few years ago I just thought screw it; I want to sing completely honestly. It felt like a weight lifted.”

Less than two weeks since Katey Brooks first appeared on Beehive Candy she returns with 'In Your Arms'. We commented that her vocals were "blissfully inspiring" first time around, an expression I feel is endorsed by the new song, and you can add gorgeous production and fabulous background vocals to the description for this one.