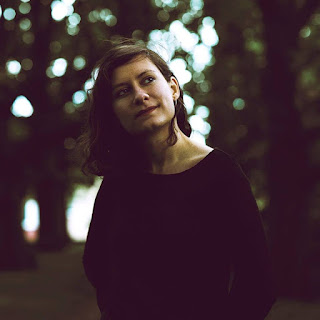 Eerie Wanda shares new single "Sleepy Eyes." Eerie Wanda is the brainchild of audio and visual artist Marina Tadic. Born to Croatian parents in the former Yugoslavia, Marina became a political refugee when she was just 6 years old. Forced to leave their home due to the Bosnian war, Marina’s parents sought asylum in the Netherlands- which is where Marina grew into an adult, became an accomplished artist, and where she still resides.

Her second LP, Pet Town is an exercise in isolated creativity. Using minimal recording techniques, Tadic shapes these ten songs from sheer intuition, while drawing inspiration from solitude. Although her two bandmates Jasper Verhulst and Jeroen de Heuvel are each relatively close geographically (residing in Amsterdam, Utrecht, and Nijmegen), the band decided to record each of their parts alone, in their own homes. And weave the songs together remotely, like pen-pals making a quilt. "I've written the songs in a period of my life in which I was feeling quite alone. I wanted the recording process to feel like that too", says Marina.

Anchored by Tadic’s wistful lyrics and self possessed vocal delivery, these songs take on a stripped down, spectral quality. Mixed by producer Jasper Geluk, the album is perched in warm, homespun sounds—live drums are replaced with handclaps, finger snaps, and a Roland-CR 78 drum machine, enhancing the music’s tactile and intimate headspace.

Tadic is still left guessing how Pet Town came to be, exactly. “I wrote the songs over a period of time spent inside my shell, and I needed that time. Not escaping it brought me a lot of growth.” Like some mysterious shamanic voice from the future, Eerie Wanda hushes turbulent peaks and valleys into a comforting, deft equilibrium. “I love to think I'm connected with some other dimension which sends me the songs and I can catch them if I'm in the right zone.”

A week ago we shared 'Moon' by Eerie Wander and hot on the back of that we have the new single 'Sleepy Eyes'. Musically stripped back the focus is totally on the vocals and even when the rhythm kicks in the singing adds melodic hooks to this simple yet creative track. 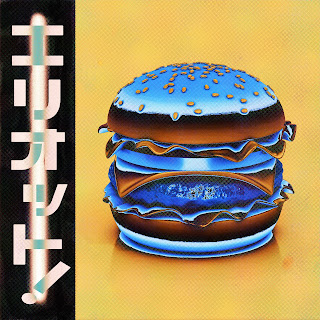 Whether its pizza, burgers or anything else you can pick up during a late night binge, chances are that Elliot has a song to sing about it. A self-professed lover of all things fast and edible, the Stockholm-based frontman has already made a powerful name for himself throughout the year, largely thanks to his wonderfully wistful singles ‘Am I In Love Or Just Hungry’ and ‘Trade Burgers 4 Love’, and now returns to unveil his long-awaited new album ‘Fast Food Musik’, released last week via Icons Creating Evil Art.

Inspired by the LA art-pop scene, channelling artists such as Ariel Pink and John Maus, the frontman looks to create a warped and wild journey on his latest full-length. Filled with psychedelic synths and an abstract sense of humour, the new release sits as a satire towards modern society. The fast food representing the culture of instant gratification, where we are filled physically but not spiritually. His nods to the 60s era throughout this new album act as a fawning to return to a more enlightened time, looking instead to fill our minds with a higher understanding of the world around us, all while remaining so affectionately in love with greasy and instant delights.

Explaining himself and his ideas behind this release, the frontman added, “Maybe it is hard to discern anything other than detached irony from many of the tracks on the album. But in retrospect, the ’fast food’ subject matter was a guarded metaphor for toxic aspects of my personality, my vices and generally my self-loathing. It’s tough to deal with these subjects upfront when your head is swarming with self- harming thoughts and anxieties, so it was a necessary storytelling device for me.

“That being said, making songs about burger grease is a great way of distancing oneself from the rest of the local scene, where life-altering subjects like depression and love are ’brought to you by Adidas’.

“Nowadays, it’s not an open-ended question anymore. I’m well fed, just a tad overweight, and in love. I listen to this song with the person I wrote it to, who I am now back together with. She plays many roles on this album to which I’m the antagonist - and is likely the reason why I wrote it in the first place.”

With mysterious and intriguing voices and vocals 'Best Eastern Motel' has a haunting vibe that becomes quite addictive. Musically the piece swirls around adding greater depth and texture, this is one that's gonna get a good few more plays. 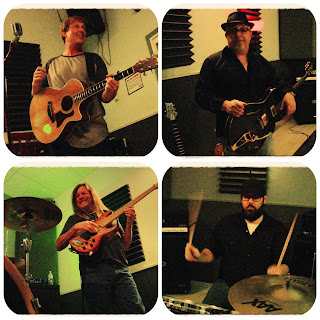 Country music harkens to a certain level of independence, grit, and lawlessness of the open land. Arizona outfit The Rev bring together a cast of seasoned musicians, led by singer-songwriter Eric Meyers. Their debut single "El Diablo" comes as a seriously deep first cut, blending southern rock, classic and alt-country, as well as "outlaw swamp stomp", for an irresistible boot-stomping tune and savory taste of what's to come.

“We thought we should introduce ourselves to listeners with "El Diablo" because everything we do is rooted in country music," shared Meyers. "We get right down in the swamp and conjure images of the archetype outlaw and the soundtrack to accompany it. Country and southern rock are in our DNA, so "El Diablo" came naturally. Those genres are the platform upon which The Rev builds out our sound. We were raised on it."

In writing "El Diablo", Meyers shared his inspiration to summon up a heavy, nostalgic-inducing piece. "I had this feeling in my gut calling me to a bygone era and its mystique, but I knew I wanted to set it in a modern context. I had to shut out a lot of noise to get to that place and basically wall off today, to get to yesterday. As a writer, you not only get to suspend reality, but you have to. It allows the imagination to run wild." "El Diablo" evokes a vision of dirt roads, rowdy bars, and the unspoken rules of a lawless land. Even on first listen, it brings a sense of familiarity, drawing you in with a mesmerizing manner.

The track was brought to life as Meyers presented his foundation and lyrics to the rest of the band - composed of Frank Monaco (lead guitar), Josh Rozenboom (second lead guitar), John June (bass), Chris Chambers (drums), and Mitchell Leonard (piano/keys). Ciera Kamp would later join on backing vocals, transforming the track to an entirely new level with her contrasting vocals playing off of Meyers. "Our process lends itself to surprises because everyone brings his or her own sensibility to each song, independent of the rest," said Meyers. "I showed up with "El Diablo" as a skeleton—the tune, the chords, the lyrics and my imagination. As we always do, everyone created their own part from the ground up, no direction or heavy-handed leaning one way or another." They recorded with Josh Rozenboom, of SER Soundworks in Chandler, AZ.

Gritty, mean and totally natural 'El Diablo' is a mixture of Southern Rock and raw Country Rock. The vocals add the grit, the gorgeous background harmonies add some refined southern swagger and the band deliver seasoned and exquisite rock and roll.