January 27, 2019
Hobby Club serve up a bright indie pop song with some fabulous vocals and a crisp musical backdrop. Rue Snider has impressed us in recent years, his ideas and musical creations are always met with keen anticipation. London alt rockers Heavy Heart mix melodic vocals with some natural rock vibes. From Italy Amycanbe have a distinctive sound, with plenty of detail in the musical arrangement and soft enticing vocals gliding above. Last today we have our second track share from Lily & Madeline ahead of next months album release and it's another beautifully crafted and hook laden song. 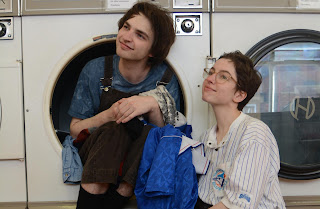 Beth Truscott and Joe Rose’s sound is as unique as their vision of the world – sharing an unusual eye condition they only discovered after meeting each other. Inspired by Arthur Russell, The Beach Boys and Kate Bush, the duo craft a lyrical domesticity that evokes harbours and mills towns, polyester and chip wrappers, bus tickets and slate grey skies.

‘For Maurice’ is Hobby Club’s anthem for leaving home, named after a local celebrity in Joe’s hometown Barrow, the “brash and absurd, yet sensitive and creative”  Maurice G. Flitcroft, who “at all times was striving for something more than his humble origins would allow by studying art and literature and becoming the self-professed best at anything he put his mind to.”

The track becomes the duo’s rebellion of limited small-town life: “Like my own Dad,” Joe describes, “Maurice begrudgingly worked in the shipyard but never let the narrow opinions of others corrode his delusions of grandeur.” Subverting this tradition, Joe now uses an abandoned canteen in the shipyard to record the jangle-pop of Hobby Club, proving “that no matter how absurd your goal is, you can just tell yourself you’re the best and that everybody else is wrong”. 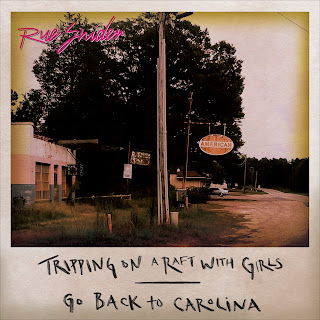 Rue Snider - Tripping On a Raft With Girls/Go Back To Carolina.

Go Back To Carolina is a brand new track by Brooklyn, NY based singer songwriter Rue Snider that has an indelible hook punctuated by biting electric guitars and organ reminiscent of  the louder side of early alt country favorites like Uncle Tupelo, Whiskeytown, and Vigilantes of Love. The lyrics address the concept of psychological triggering, which in this story comes in the form of an Avett Brothers song.

“'Go Back To Carolina' is an attempt to illustrate the idea of psychological triggers in a funny, sort of profane way that most people will be able to understand even if they haven't been introduced to the concept before. Once I started to grasp the role that my past plays in my current life and began to have compassion for myself for some of my triggered responses, and once I started to really identify what those triggers were, I was able to begin the process of rooting them out."

Tripping On a Raft With Girls celebrates the need for community that feels built into human DNA. It details a psychedelic experience that the narrator undertakes with a group of friends. The lyrics are his inner monologue. It features Jon Estes on guzheng.

Both songs have lyrics that make a stab at humor and are a bit absurd but dig into serious topics. They fit together sonically as they're both loud rock songs and lyrically as they both take place inside of someone's brain. 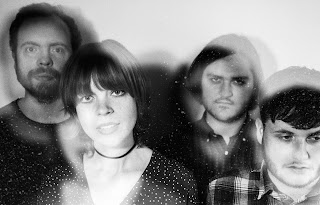 Starting out as a bedroom project in a tiny South London flat, the quartet have since capitalised on their early promise with widespread praise throughout the online community (NME, The Line Of Best Fit) and across the airwaves (BBC Radio 1, BBC 6 Music, Radio X), with their introspective and intimate soundscapes earning plenty of fanfare.

Touching on profoundly relatable themes of love, loss and finding happiness, Bed Bug showcases elements of Alvvays and Wild Nothing nestled deep within their sound, coupling luscious melodies and cascading guitars with a vivacious blend of dreamy, atmospheric noise.

Detailing their upcoming single, the band stated: “Bed Bug is a nocturnal love song exploring obsession and lethargy, sex, blood and dirty sheets. It’s about staying in bed all day and staying awake all night, feeling your skin crawl and your nerves itch. It’s also about the beauty and agony of loving someone to the point of self-destruction; picking the wounds open again just to feel the way it felt the first time”. 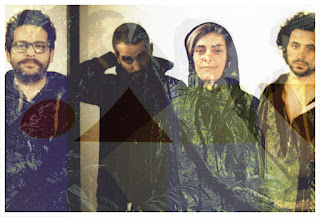 Born and based in Cervia, Italy, Amycanbe was formed by Mattia and Marco until 2005 when they decided to add Francesca and Paolo to the lineup, and this the quartet Amycanbe was born. Amycanbe has had some slight lineup changes throughout the years, but they currently consist of Francesca Amati (vocals), Mattia Mercuriali (bass, guitars, keys), Marco Trinchillo (drums, keys) and Mattia "Matta" Dallara (keys). With 3 albums and several EP’s behind their name, their 2011 album ‘Mountain Whales’ garnered significant success with their hit ‘Buffalos’ gaining a lot of traction from fans and critics alike.

Inspired by legendary acts across the genre spectrum such as Nina Simone, Radiohead, Pink Floyd, Portishead, Aphex Twin, and David Bowie, it is clear that Amycanbe prefers to surround themselves with only the best influences. With dream pop being rooted in elements of alternative and psychedelic rock ‘n roll with a blend of pop, it’s evident that any fans of The xx, The Naked and Famous, or The Cocteau Twins will enjoy Amycanbe’s music as part of their collection.

‘White Slide’ reimagines the ethereal song with hard hitting bass while the wobble in the bassline ensures a groove between each bar. Francesca’s tender voice is only complemented by the intricate, yet subtle production elements that can be heard throughout. ‘White Slide’ demands multiple listens as the undiscovered concaves of this track are revealed to the listener upon every repeated listen. A stellar track that aims (and succeeds) in transporting the listener to a cosmic realm where Amycanbe controls every facet of this musical plane. True performers by nature, this live version is a testament to their electrifying performances. 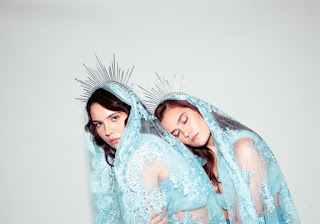 US sister duo Lily & Madeleine are pleased to share their new single "Analog Love", which is taken from their forthcoming album Canterbury Girls - out on 22 Feb via New West.  The album was recorded in Nashville and produced by Daniel Tashian and Ian Fitchuk, the team behind Kacey Musgraves' Golden Hour. Although the bulk of the album's songs are burdened by personal angst and the weight of expectations, "Analog Love" is a sweet romantic plea.

As Lily and Madeleine explain: "We wrote "Analog Love" with our dear friend, songwriter Lucie Silvas. The song is an attempt to capture the feeling of an uncomplicated and reassuring romantic relationship. Being on tour a lot of the time, nearly all relationships we have become long distance at some point. Communicating over the internet is a great way to continue to share your love, but after a while, its monotony makes you wish you could just be face to face with the person, communicating without any distractions. In the studio we wanted the song to feel whimsical and nostalgic with lap steel, acoustic guitar, and soft, tender vocals. We don't write many love songs, but "Analog Love" was written so easily with Lucie, and captures a special feeling of uncomplicated love."

Lily and Madeleine Jurkiewicz explore the conventions of 21st century womanhood on the ten-track Canterbury Girls, named after Canterbury Park, located in the duo’s hometown of Indianapolis, Indiana. The songs were all written or co-written by the sisters, which, despite the album's poppy veneer, boasts some of Lily & Madeline's densest and most intense lyrics to date.