January 25, 2019
With a gorgeous musical arrangement and beautiful vocals Stephanie Rose's 'Luxury' is a timeless country song. South London's Roman Harris has a distinctive and engaging voice that is accompanied by a refined musical backdrop on his latest track. Fling exude psychedelic charm, the vocals add some grit, whilst the band add layers of psych goodness. Once again ElectroBluesSociety and Boo Boo Davis serve up some classic blues rock with their natural take on Little Red Rooster. Odetta Hartman exquisite vocals glide above a stripped back guitar driven soundtrack whilst the hooks dig deep. Melodic and gentle, Small Forward take us on a dreamy indie journey where the vocals and harmonies are notable and the music precise and atmospheric. Finally we have our second helping of Business Of Dreams this month, with a vibrant & catchy indie rocker to conclude today's new music picks. 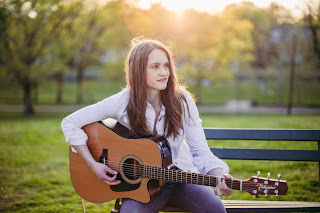 A storyteller beyond her years, Stephanie Rose is an old soul with a new sound.  Her new single Luxury is a perfect example of using real life experiences as fodder to blaze a lyrical trail. Rose embraces the true reality of love amidst the hardships of life.

Nominated for two categories at the 2018 Saskatchewan Country Music Awards, small town Stephanie Rose has had a big year. Releasing her single “Crushed” on February 5th, 2018, she cracked the Top 100 on both the BDS and Trax national radio charts, which was the launching pad to a great season.

Playing multiple shows throughout the spring of 2018, which included a packed-house performance at the Professional Bull Riding circuit in Nipawin, SK. Stephanie shared the stage with her fellow Saskatchewan artists at the Songwriters Café at the 2018 SCMA awards weekend. With the release of her sophomore album EP “Sprout” (Sept. 28th, 2018), produced by RyLee Madison (ECMA Country Recording of the Year) and Clay Krasner (touring bass player for Terri Clark) of 7-17 Music, Stephanie Rose will be bringing her new songs on the road again in 2019 and to both Commercial Country Radio and the international media. 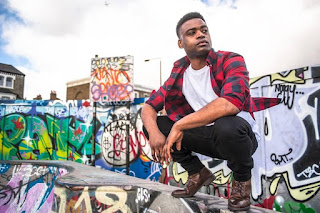 Roman Harris - The Smell Of Heather.

Roman Harris is a singer and songwriter from Brixton, South London. With his guitar in hand, a voice of raw emotion and heart on his sleeve he crafts songs of simplicity enriched with depth and feeling.

In 2016 Roman achieved song writing credits on the Snakehips ‘Money On Me’ EP with the track ‘Falling’ followed up in 2017 with his first feature as an artist on the track ‘Moving Again’ produced by Cr3on & Marcus and released through Dutch record label PM Recordings.

Influenced by Indie, Folk and R&B, Roman now releases his debut single ‘The Smell of Heather’ a truly heartfelt ballad influenced by a poem of the same title from the book ‘Heather’s Book’ written by the poet Vivian Anglin.

Roman is now looking forward to a year in which he intends to let the world hear his sound and warm the ears and hearts of many. That starts with ‘The Smell of Heather’. ‘The Smell of Heather’ will be released on all platforms on 25th January, 2019 with a house concert at a secret location taking place that night in celebration of the release. 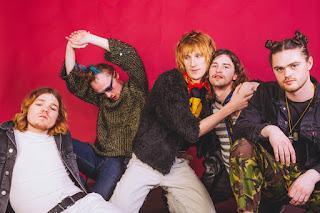 Psych-rockers Fling are set to release debut album ‘Fling Or Die’ via Dance to the Radio on 22nd February. Ahead of this they tease with one final SoundCloud only single, Revolution, an upbeat fuzz-bass driven psych stomper, with a colourfully cathartic chorus. The quintet’s kitchen-sync approach to instrumentation comes to the fore, a glittery wall of noise ramping up the decibels throughout.

The quintet explain the feelings they’re chasing: “This album for us, is a coming together of our collective imaginations, through themes of longing, wonder and hedonism. It feels like an audible representation of a brief moment in our lives and how we evoke the best emotions in each other. There’s an overall positive undertone to the record that definitely reflects on us as people, and it feels good to be able to share it with everyone.” 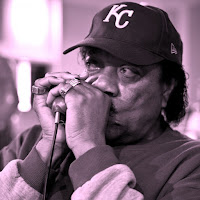 For this recording session ElectroBluesSociety went back to basics and teamed up with Mississippi blues man Boo Boo Davis.

Together they revisited classic Chicago blues and recorded seven songs. These will all be released as singles in the near future.

Here is the fifth track from the recording session This time it’s another Howlin Wolf classic with a little 'electrofication'. 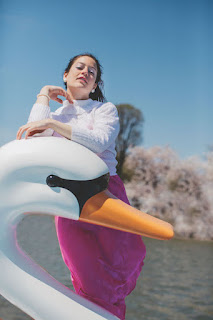 Odetta Hartman - You You.

Following the release of her critically acclaimed album 'Old Rockhounds Never Die', Odetta Hartmam has shared a new video for track 'You You', to mark her return to the UK and Europe at the end of January. Inspired by the fuzzy double vision of first love, 'You You' dances through a pastoral adventure while celebrating a young woman in bloom. In this wild, wonderful and warm landscape, Odetta Hartman explores the superpowers of romance on a sultry summer night.

Raised by pioneering parents on the Lower East Side of Manhattan, NYC, Odetta’s milieu was a “colourful culture of artistry,” that included early exposure to community activism, renegade film screenings, poetry readings and trips to CBGB's. Inchoate punk and hip hop were aural wallpaper, as were the 45s spinning in the household jukebox featuring her dad’s extensive collection of soul and afrobeat records, as well as her Appalachian mother’s classic country selections. A classically trained violinist with a penchant for back-porch banjo, Odetta combines these variegated sounds of her childhood with her personal passion for folk music and the musicological legacy of Alan Lomax. Lomax is writ large on 'Old Rockhounds...' at least in spirit anyway. Odetta plays all the instruments on this and her debut '222'. 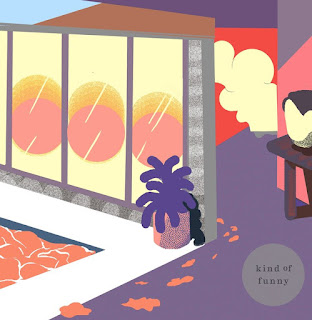 While attending college in Los Angeles, songwriters and multi-instrumentalists Michael Stevenson and Rounak Maiti converged on a desire to collaborate and meld their love of Americana and pop music. Informal bedroom jam sessions resulted in hours of demos, constructed from the duo’s rudimentary yet textured take on songwriting. After condensing their work down to four downtempo, home-recorded songs, they self-released an eponymous debut EP in 2014. From hazy, forlorn atmospheres to more heart-on-sleeve folk, Stevenson and Maiti worked with Campbell Scott (bass) and Nick Waldram (drums)  to craft rich, full band arrangements.

From 2015-16, Small Forward began developing their live act, playing with a full band across the Los Angeles area. During this time, they began recording The Moon You Stand On, the band’s debut full-length album. Here, Maiti and Stevenson’s lush, folk-inspired ideas were rounded out by a prominent rhythm section, where Scott’s dulcet bass tones dot Nick Waldram’s jazzy, intrepid approach to percussion and drums. Together, the four wrote, recorded and produced the album entirely in their shared home, over the better part of a year. Self-released in October 2016, Deli Mag described the album’s sound as “timeless, teeming with multi-layered guitars and chugging beats that lend a uniformity to their quietly resplendent melodies.”

The band began recording another project, Affections, in early 2017. They channeled 70s psych-rock and AM pop with the first single, “The Reservoir”. The release was met with praise from Gold Flake Paint and Buzzbands LA, the latter describing it as a “soundtrack to (their) reverie.” The resulting collection of 6 songs, released on Forged Artifacts in October 2017, saw left-turns and plenty of new texture, decorated with their customary take on sweet wistfulness. With live performances across the greater Los Angeles area and a southwest tour under their belt, plus two new singles on the way, Small Forward is alive, kicking and ready for 2019. 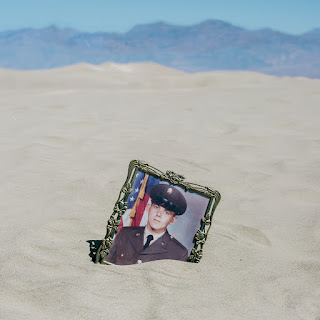 Following on from the lovely "Keep The Blues Away," Slumberland Records and Business of Dreams are psyched to share another song from their forthcoming album Ripe For Anarchy. "N.R.E.A.M." is a tune about the fashionable negativity that seems rule the mood and discourse of the day.

Says the song's writer Corey: "This song was my attempt to write something fun for the album. Of course it had to be the one song focusing on negativity but I think a dose of cynicism is quite healthy these days. Humanity isn’t exactly passing its classes lately so I decided to poke a little fun at the more coarse side of our nature. It’s my version of “Ring-a-round The Rosies.” Ashes, ashes we all fall down! Wee!"