March 26, 2019
Some intriguing thoughts and comments from LISA below to accompany 'Primitive Us'. It's a gorgeous song full of melodic hooks whilst individuality brims through. From Rose Ette we have the title track from their 'Ignore The Feeling' album. It's one of nine songs and I have also included 'Skin', between them they give a good feel for bands highly engaging brand of rock. Yesterday Louien released 'Be Forgiven' and it's a fabulous singer-songwriter piece where both her refined vocals and the imaginative musical arrangement are outstanding. 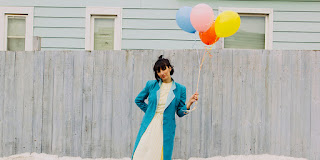 I think we’re happy to let the wool be pulled over our eyes. To sleepwalk through life a little. But as we all know, wool is hella itchy and at some point those blinders need to come off. I don’t want to know the secret behind the magicians tricks, I want to enjoy the illusion. Consciously purchasing a ticket to the magic show, then leaving it behind once the curtains are drawn and the lights go up.

“Primitive Us” explores the claustrophobic feeling which is sometimes symptomatic of living on the grid in today’s world. Constantly plugged-in, bombardment from every direction, disconnection from ourselves and each other. Lack of control, lack of purpose, mental/environmental pollution, and the realization that what you see is rarely what you get or what you need. This song was written and first demo-ed among the trees, very much off the grid at a cottage in northern Ontario.

What percentage of your day is filled with meaningful interaction vs. distraction? Are we in charge of our lives or just slaves to the inevitable? In order to create, must you destruct? 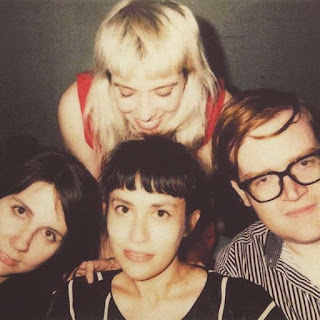 Rose Ette are a dream-pop meets post-punk band out of Houston, Texas who run their own label Miss Champagne Records and have been putting on shows in Houston for years now building the scene there.

Back in August, the gang picked up a limited run of Ignore the Feeling LPs before their day show at Athens Popfest. Right after their blissful set at Little Kings Shuffle Club, folks piled up at the merch table for a copy, and the line backed up to the patio.

Our protagonists have allured many a crowd in the past three years, jumping on bills with Deerhoof, Fred Thomas, Dressy Bessy, and La Luz, to name a few. Like a heart possessed by either desire or stress (or both at once), these illusionists don’t stand still.

Of course, all love-weary prose aside, Ignore The Feeling simply snaps a deceptively rosy thumbnail of a band in flux. And while Rose Ette might stand up for the silenced lover, don’t expect Vicinanza and her crew to soften their own voice any time soon. 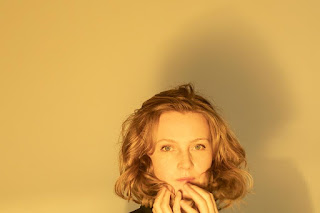 Louien – AKA Live Miranda Solberg – returns with new music in the form of latest single Be Forgiven. Taken from an album set to emerge later this year on revered Norwegian label Jansen Records, Be Forgiven forms part of a new works that explores how the process of mourning and grief can change a person’s outlook. It focuses not only death, but isolation and separation in general. Live’s ability to marry these themes with delicate and intricate melodies make Be Forgiven an immediately rewarding listen.

Live comments on the single; “This is a song that was easy to write, but so hard to revisit. It's about this beautiful moment that never got to grow into something more, and we never got to realise this new turn in our relationship. It’s a song about reconciling with a loved one you’ve been estranged from for a long time. The situation has gotten so complicated that you’ve lost sight of what is really wrong. But then that moment arises when you both realise how much you’ve missed each other, and how much you both have grieved because of it. You let go of the bad things in the past to give way for the love you have for each other.”

About the album, she continues, “Grief allows for beautiful things as well - love and hope, for instance - and you really get in touch with your own feelings. But this album is probably more about the first phase of a grieving process – hopelessness, isolation, anxiety and depression."