March 25, 2019
It would be easy to get carried away with the multi-national make up of Oya Paya, or even their genre spanning musical styles, but as 'Fly' demonstrates, they make very fine music which is cool enough for starters. The Chats video for 'Pub Feed' is coming up towards 250 thousand views in just five days, it's fun, their music vibrant and full of youthful energy - makes me feel my age and some. By contrast Matt Perriment shares a tender folk song that exudes emotion and feeling. Kate Schell's new album 'Past Present Future' is quite splendid, her singer-songwriter talents shining through, along with her artful musicianship. 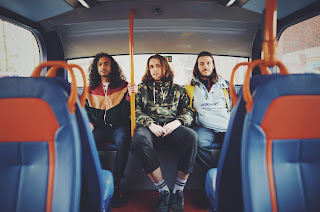 Based out of Liverpool, but counting four countries of heritage amongst the three members (Singapore, France, Iran, England) Ashwin, Maxime and Saam AKA Oya Paya are products of both the vastness of the material world and the intimate interconnectivity the internet brings.

Beleaguered by geographical distance after drummer Ashwin ran into visa issues and returned home to his native Singapore, Oya Paya would be forgiven for feeling sorry for themselves. However the three-piece take life’s frustrations and turn them into key inspiration for their music. Belying the troubles, both serious and small, that they riff on their tunes are technicolour sonic affairs, always accompanied by self-designed otherworldly cartoon art and oddball humour.

This being the case, the genre-bending trio cover odes to immigration woes, abused generosity and flying away to escape the 'man' across 6 vibrant tracks on new EP Som. Psych freakouts, skittish poly-rhythms, catchy 90s leaning pop hooks and even nudges to hip-hop make for a ear-opening listen.

This patchwork approach to genre is reflected in the songwriting process. The songs are weaved together bit by bit between the UK and Singapore, or wherever each individual happened to be at any one time. Constrained entirely to their bedrooms, the entire project sticks to a DIY ethos, including artwork and visuals.

With Ashwin available to visit the UK for a few months, Oya Paya have been strutting their stuff on stage once again as a three-piece to acclaim, without the need for fibre-optic cables and WiFi linked projectors. They're celebrating the release with their debut Liverpool headline show on April 11th, at the Zanzibar Club. 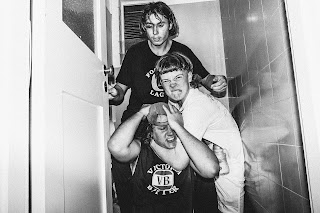 The latest single from the Sunshine Coast’s biggest export since The Crocodile Hunter (RIP) is an is an ode to spending the arvo at your sticky carpet local after a long day on the tools, nursing a coldie while waiting for the bistro to open because you’re hanging for a chicken schnitty with chips. Y'know. Relatable stuff. Perfect for your weekend.

Forming in 2016 in their mates bong shed, The Chats quickly came up with a set of catchy pub punk anthems. ‘Smoko’ came first, and mayhem followed. Now reaching over 6 million views, the tune has lead to a whirlwind touring schedule of 2018.

First, a mammoth tour of over 40 dates with drunken uncles and godfathers of grunge, the Cosmic Psychos, followed not long after with a personal request by Josh Homme to open for the Queens of the Stoneage across Australia. According to Homme, he was sent the bands video from Dave Grohl, and watched it a ton of times with Iggy Pop.

Life is strange. The Chats announced their debut tour in the motherland of the UK in October, which much to the bands shock, all sold out in a day. Agents scrambled to move all shows to larger venues, seeing the boys playing sold out shows in infamous rooms such as the Electric Ballroom in London, Academy 2 in Manchester and Institute 2 in Birmingham.

Not bad for a couple of 19 year olds who’ve never been outside of Australia before. With a ton of new material, and what feels like a couple of hundred bloody gigs now under their belt, the boys eyes are set heavily on world domination –as long as the beer is cold and the pies are warm. 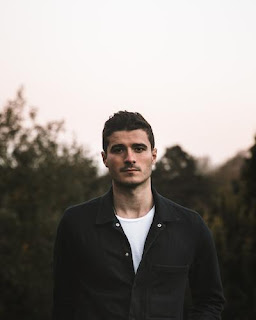 Matt Perriment originally established himself in the South England festival scene with his folk-influenced song-writing and emotive lyrics. With rising choruses that nod to acts like Bears Den and Ben Howard, Perriment captures the best of the current indie folk climate without ever sacrificing individuality. After successful debut EP ‘Everlast’, two sold-out headline shows in London and 4 international headline and support tours, Matt Perriment returns with a new single from his upcoming ‘Memos’ EP set for release 22nd March 2019. With support from BBC Introducing, Spotify editorial, and placement in various singer-songwriter charts, Perriment is set to make an impact with his new body of work.

‘Memo’s’ first two singles ‘Oceans’ and ‘Promise’ came out in late 2018 and early 2019 respectively and introduced an expansion of Perriment’s signature sound. The soundscape is bigger, with haunting keys, textured strings, flavours of ambient electric guitar, and vocal delivery that strikes with undeniable sincerity.

New single ‘Distance’ explores the distortion of memory that occurs in the temporal space between a past relationship and the present. As Perriment describes, “Distance is about the way we look at our first love, and how we idealise them in our minds. Seeing them again so many years later, you realise that they are no longer the person you once knew, they’ve changed, they sound different, but yet you hang onto this image of who they once were, despite it all being fiction in your head.”

The lyrics express the difficulty of coming to terms with the change in someone you used to know and having to negotiate your idealised vision of them with the new reality that’s facing you. Musically, the instrumental matches this melancholy sentiment with stirring strings and finger-picked guitars that move in unison with Perriment’s expressive vocal. 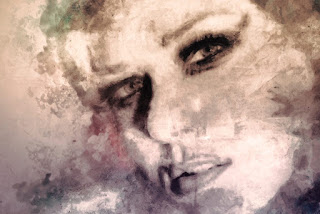 Kate Schell is a singer-songwriter and multi-instrumentalist based out of Chicago, Illinois. The origins of her music are deeply rooted in her varied life experiences. When she was six years old, she started piano lessons and joined church choir. Eight years later, she began writing her own music. This was also the year her brother, Greg was diagnosed with leukemia. Schell turned to songwriting to help cope with her younger brother’s diagnosis. This experience led her to create her debut album, Emptier Streets (2005), which was released under the name “Katherine Schell.”

While in college, Schell garnered many accolades for her work, including winning the prestigious 2005 International Songwriter of the year award benefiting VH1 Save the Music and Billboard songwriting awards. Schell performed the first song she had ever written, “Come to Me,” live on KISS 103.5 FM in Chicago in 2005. She was also a featured national anthem singer for the Chicago Cubs, White Sox and NASCAR races in front of over 400,000 people. Schell graduated from Loyola University of Chicago with a double major in music and philosophy. Her music major concentration included classical piano, classical opera and composition. Her style is an eclectic blend of classical, folk and electronica. Some of her biggest influences are Bat for Lashes, Bjork, Emily Haines, Tori Amos and Cat Power.

After college, Schell started a band called “Paper Thick Walls,” who were named one of Chicago’s top five emerging artists by the Deli Chicago and Chicago Magazine. PTW was described as a “sweet miss-mash of influences from Wilco to Sufjan Stevens,” with “a bit of Cursive’s dramatics and a dash of the boldness found in bands such as Broken Social Scene and Arcade Fire” (Loud Loop Press). The band’s 2011 debut record, A Thousand Novels, claimed numerous “Best of 2011” lists and over 150 positive reviews. Following the successful press reception, Schell and the band spent the year touring over 100 cities in the US and Canada, moving more than a thousand records with their own hands and playing with touring bands such as The Lumineers, Company of Thieves, Mutts, Drive by Truckers, Joe Pug and the Smoking Popes. The band played major music festivals including SXSW, NXNE, CMJ, Mid-Point Music Festival and Summer Fest. In addition to the rigorous touring schedule of 2012, Schell played a lead role in a full-length feature film premiering in 2013 entitled “We Grew Up Here.” Schell co-wrote the soundtrack to that film. Schell left the band in 2016 due to creative and personal differences.

After the band break-up, Schell decided it would be best for her to take some time away from the music scene to focus on herself and her writing. This time of reflection led to the creation of Past Present Future, a compilation of songs that were written but not recorded (until now) over the past 10+ years. Our past and present blend to create our future, much like a phoenix dying and then rising from the ashes with a new life. This concept is captured on the album by having some untouched old songs, some untouched new songs and some that fall between the two. Because this structure captures years of her growth as an artist, you can hear the transformation of Schell’s songwriting style change, often within a single song.