March 05, 2019
The very idea of fusing folk, EDM alongside other genres had me intrigued and Metaspion doesn't disappoint with the splendid track entitled 'Pyros'. Trampoline released their debut album last month and 'Emilys Tea Party' is to good to pass up on even if we are (ahem) a little late to the party. Sun Salute share some gorgeous roots music channelling natural reggae vibes with a timeless feel. Watling & Bates give us a taste of Australia meets Americana style country music, that is both imaginative and a little on the Gothic side. 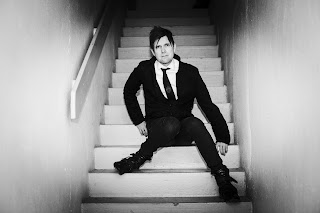 There is a new single from acclaimed Norwegian electronica artist Metaspion entitled "Pyros" (feat Skam R' Tist). Metaspion is known for fusing folk, EDM and other genres in intriguing ways as evidenced on his 2018 full-length Folktronica Schmolkfonika..

About new single "Pyros", he says: "It was a "wow!" moment when I first put an 808 kick over a Hardanger fiddle playing a folk riff. I remember thinking this is something the world has never heard before. It was like something exploded or caught fire. Which later led to the lyrics."

Metaspion is a departure from Morten Richter’s glam rock past. He felt rock n roll didn't make sense anymore and needed reinvention. His passion for both folk music and electronic music would eventually lead to a new folktronica solo project. It's a fusion of the old and the new: traditional Scandinavian folk music and the quintessentially modern genre of electronic dance music or EDM.  Richter plays the majority of the instruments on the album himself with the occasional guest appearance. Like DJ's today, the fiddler was the star of the party in the 1800's and provided music people could dance to, even capturing them in a trance-like state.

That’s what Richter hopes to achieve with Metaspion; “I want to bring those vibes and that energy into the electronic music today and combine it with crazy new sounds.” 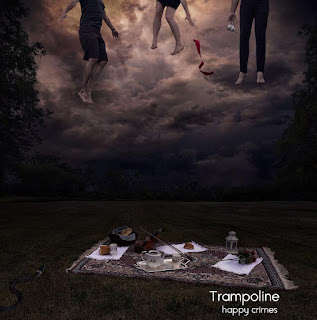 Many say “variety is the spice of life” and that's exactly what Trampoline are bringing to the tablein 2019! With the trio's release of their debut concept album, Happy Crimes (released in February), avoiding the label of just one genre is exactly what makes them stand out from the musical pack.

"Michelle’s provocative vocal delivery – comparable to Patti Smith or Fiona Apple – is tailored to suit the message of each song on Happy Crimes. From the intensity of “Mary Alice” to the sweetness of “Twins on Fire,” she is a singer who employs a wide range of vocal techniques to get her point across with sincerity." - Grace Hrabi, Stylus Magazine - "Trampoline will be everyone's favorite band by 2019." - Gary Yates, film director.

“I think that as soon as a genre becomes established, there is an expectation of what a band/group is supposed to sound like,” Trampoline drummer, Steve Martens, explains. “To some degree, we kinda fit in the rock category; a better summation of us is 'unpredictable human beings making funny and thoughtful noise in an intentional and cohesive manner', but that's a mouthful.”

Charged by the whims of satire, playfulness and deeply heartfelt emotion, Trampoline explores the highs and lows of the human experience and has you bouncing while they do.

“What excites me most about song writing is the notion of transforming something dark and painful into something bright, beautiful and funny,” Trampoline lead vocalist/guitarist, Michelle Lecnik, says. “Suffering quickly becomes comedy once it's worked through my system (or once it becomes more conscious) and the spirit of these songs reflects the process of transcending disturbing emotional material and the bliss that ensues.” 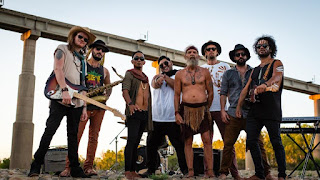 Born of the snow season in Victoria, jamming and snowboarding together, Sun Salute are an international collective of musicians that draw inspiration from nature, travel and community. Their philosophy is both simple and infinitely complex: to use the power of music for healing and change.

Politically driven and unafraid of voicing the truth, Sun Salute are not without their bite, but even at their most lyrically pugilistic they are positive and uplifting. No More, the first single off their album due out this year, is a perfect example of all of the above. Taking a full reggae ensemble, giving the horns a delicious Motown twist, and delivering socially conscious lyrics through an epic tropical melody; No More is a glorious hybrid of tones, styles and ideologies.

Featuring local Indigenous custodian Ken Dodd, No More lends its voice to the original owners of this land and to all people around the world whose cultural values, sacred protocols and ancient voices have been silenced by corruption and misinformation. Serving a call-to-action for people to rise up against the increasing corporate influence over the planet, Sun Salute pay honour to the creed of saying what you mean and meaning what you say. That is the philosophy of Sun Salute in a nutshell. Be real. Speak the truth. 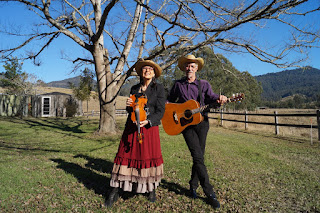 Watling & Bates - In The Dead Of The Night.

Drawing inspiration from the spirit of the land, Watling & Bates are raconteurs of contemporary rural Australia and revivalists of the country’s past. In The Dead of Night is a song shrouded in magic, mystery and morbid curiosity, as it emerged from the mists of the McPherson Ranges.

Written by Geoffrey Bates, the song arose as if from a dream. It was not until the discovery of some archival news articles that the song’s meaning and story became clear. Its embodiment by the duo becoming eerily potent.

Watling & Bates are songwriters from Unumgar, on the western edge of the Northern Rivers of NSW. Fiddle, banjo, and guitar provide a backdrop for their tales, which recount local history, simple joys, or the complexities of a troubled mind.  Their songs move like a will-o-the-wisp between Australiana and Americana, Gothic country and dark folk, hillbilly and honkytonk. Their influences are drawn from a diverse and eclectic range of artists, from the old time music of the Appalachian Mountains to contemporary Australian country Gothic.

Watling & Bates’ career highlights range from small country halls to the streets of the city. They performed in an Opera Queensland small hall production in 2016, with an original work included in the script. In 2018 they head lined a small hall tour of the Bundaberg region, culminating at the prestigious Moncrieff Entertainment Centre during the Bundaberg Crush Festival.