March 06, 2019
Vancouver duo Porteau are about to release their debut album 'Water’s Gate' on March 15th. 'Penelope is one of ten songs in the collection and is a good indicator of the quality and beautiful sounds they create. The Hold Steady confirm they still have the knack to write and perform great new songs with this first offering from them this year. Rock Eupora have shared a video for 'Inbetween' a sumptuous rocker that suggests the new album will be rather special. 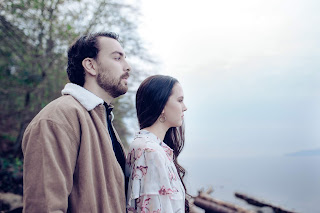 Porteau is the creation of Victoria Williams and Craig Stevenson. The Vancouver duo’s debut album Water’s Gate transports listeners to a world of pragmatic mysticism. Layers of lush vocals and washes of light, modulated guitar are the foundation of their songs. Pulling the record into diverse moods and through vivid textures, their sound weaves through folk-inspired passages, celestial soundscapes, and electronic flourishes. Ethereal and expansive, Water’s Gate is Porteau’s open space for experimentation, and carves a wave into their own unmapped styling.

Collaboration between the couple came about by happenstance. Victoria saw a painting of Andromeda by Gustave Doré and was instantly captivated. She asked Craig if he could help her write music that sounded like the painting looked – cold, urgent, yet liberating. A mutual understanding and inspiration was found from this piece of art. It was a driving and unifying force that was the genesis of Porteau. Using this as a catalyst, a record naturally revealed itself. Sounds which had been independently cultivated now flowed together and a confluence of ideas began to occur. They were heavily influenced by both traditional folklore and the West Coast landscape. Porteau uses this imagery as a backdrop to explore and unearth personal experience.

The couple spent their evenings piecing together the songs on an acoustic guitar. They called upon longtime friends to join them and bring to life their vision of a lush and diverse instrumentation on each track. Utilizing their background in jazz, many moments were improvised in studio, allowing each musician’s natural voice to come through. These recordings of Water’s Gate did not occur overnight – the process took place over the course of many years. Layer by layer, they added individual instruments to the arrangements. With rock-driven drums, fluid basslines, heavy synth, crystalline pedal steel guitar, and pads of unified horn lines, Porteau’s full band sound was slowly brought to life. 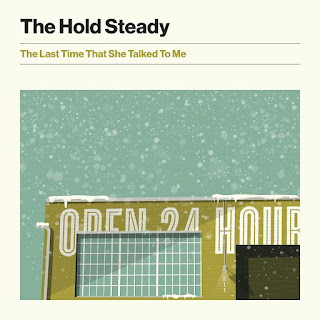 The Hold Steady - The Last Time That She Talked To Me.

The Hold Steady are releasing their first new song of 2019. “The Last Time She Talked To Me” arrives at all DSPs and streaming services via Frenchkiss Records on Friday, March 8. The song is now available exclusively at The Hold Steady’s Bandcamp page. Fans can download the single by donating to The K + L Guardian Foundation, a fund set up to benefit the children of Unified Scene founder “jersey” Mike Van Jura, who died in November 2012.

Recorded at Isokon Studios in Woodstock, NY, with producer Josh Kaufman and engineer D. James Goodwin, “The Last Time She Talked To Me” is the ninth in an amazing series of THS single releases over the past 15 months, a string that includes “Confusion in the Marketplace” b/w “T-Shirt Tux,” “The Stove & The Toaster” b/w “Star 18,” “Eureka” b/w “Esther,” and “Entitlement Crew” b/w “A Snake In The Shower.” Additional performers include Stuart Bogie and Dave Nelson on horns and Annie Nero on backup vocals. All of the aforementioned singles are available now at all DSPs and streaming services as well as the official Hold Steady Bandcamp HERE.

The Hold Steady are visiting London this week for “THE WEEKENDER,” a sold out three-day concert event that will see the NYC-based band taking the stage at London’s Electric Ballroom on Friday, March 8 and Saturday, March 9, followed by a limited capacity third show at Oslo, in Hackney, London on Sunday, March 10. In addition, an exclusive screening of The Hold Steady’s acclaimed 2009 documentary, A Positive Rage, will be held the afternoon of Sunday, March 10 at the Picturehouse cinema in Hackney. 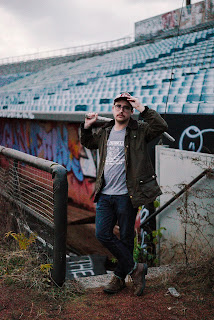 Neither here nor there: that’s a tough place to be. Sometimes I only feel halfway present. It’s hard for me to live in the now — I’m always looking for the next best thing, always en route. I get so caught up trying to plan and control my future that I miss a lot of realtime fulfillment.

It's safe to say that most of us stay too busy - which I think is partly a reaction to what we value as a culture. We associate worth and meaning with accomplishments. I think it’s good to be driven, but I think it’s more important to be present. I’ve been trying to love myself (and others) right where I am and without qualifications or conditions. I believe that humans are inherently valuable! And if that’s the case, maybe the in-between is what it’s all about

This confession is how Clayton Waller, the Nashville-via-Mississippi fuzz pop artist known as Rock Eupora, opens his self-titled album. With three albums under his belt and an established position in the Nashville rock scene, Waller has developed Rock Eupora’s sound into a perfect blend of punchy guitars and unforgettable melodies.

On the new album, Waller contends with the challenges of a 20-something-year-old searching for his place in the world.  Written, performed, and produced by Waller himself, Rock Eupora is simultaneously Waller’s most cohesive and sonically adventurous album to date.

Recorded in a professional studio as opposed to his typical DIY approach, the change in setting allows the depth of detail in each track to be fully appreciated. Seamless transitions weave the songs together in what resembles a stream of creative consciousness — yet, every song tells a story strong enough to stand on its own. With a slight eighties influences and what Waller describes as “psychedelic tendencies”, Rock Eupora makes for a well-developed follow up to 2016’s Soon the Sun Will Come.

Commitment to his craft is what has carried Rock Eupora this far, garnering attention from venerable local media such as Nashville Scene and national outlets like PureVolume. It is evident that Waller really believes every word he’s singing, making it easy for listeners to believe, too. This sincerity is what gives Rock Eupora the ability to connect with people of varying ages and backgrounds, a gift that doesn’t come naturally to all artists. In a live setting, Rock Eupora comes to life as a full band to create a fast-paced and action packed rock-n-roll experience