March 01, 2019
VOIID just cut to the chase with Vile, a punk fuelled song without the pretence, but armed with plenty of hooks. Seatbelts 'Spanish Songs' is a refined piece that mixes fine vocals, harmonies and a few spoken words whilst the refreshing musical backdrop adds more. The vocals on 'Softie' are gorgeous and distinctive ensuring Wy standout, as they tease us with this taste of the forthcoming album. Junodream offer some rhythmic indie rock with some sparkling guitar as 'Terrible Things That Could Happen' hits the spot. Jonny Cosmo's quirky video makes a good companion for 'Circus Of Dreams' a catchy vibrant song with plenty of charm. Morabeza Tobacco have a rich and expansive sound for just a duo, what's more their music is lush, melodic and just so dreamy. 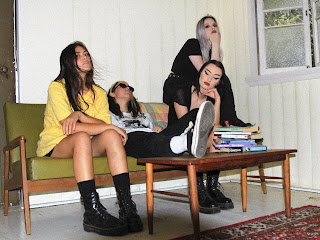 Taking no prisoners with an authentic riot grrrl approach, VOIID's latest belter 'Vile' isn't too dissimilar from what has come before, instead acting as a vivid sign post for what's next.

The video is the ideal DIY affair, directed by Hey Aidan and capturing the band in their natural habitat while confronting the band's punk aesthetic accurately.

The band says of the song: "‘Vile’ is a song written about a personal experience that caused a lot of hardship and pain. While the lyrics convey negative connotations, they are relatable to a lot of situations people in their late teens can go through." 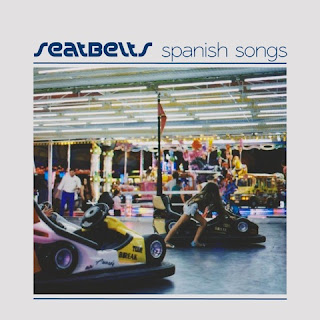 Seatbelts have released their first track of 2019, ‘Spanish Songs’.  The second single from their forthcoming EP, ‘Please Slow Down’ - ‘Spanish Songs’ is a thrillingly upbeat and lively ode to the idea of a country. A gonzo-snapshot of way of life, which brings the band’s avant-pop influences to the fore. By using a male-female vocal arrangement, which dances from English to Spanish, Seatbelts tell of the relationships formed between people and place.

As with their previous release, multi-instrumentalist, Nick Branton (Dead Hedge Trio) joins Seatbelts, this time providing bright, mariachi-inspired cornet lines, over the excited “ba ba ba ba ba!” of the backing-vocalists. This joyful experimentation makes for layered, energetic choruses, showcasing an openness to the potential chaos of collaborative-songwriting. A process which Seatbelts’ seem eager to explore.

Towards the end of the track, we hear the lines: “Hay algo real, hay algo fácil, there’s something out there I’d like to find,” sung over drummer, Alex Quinn’s hypnotic beat, and Abi Woods’ (keyboard, vocals) sun-searching synth lines. It’s in this moment when we begin to feel the pull - the sizzling heat, the Spanish skies, the Sangría-drenched dream. 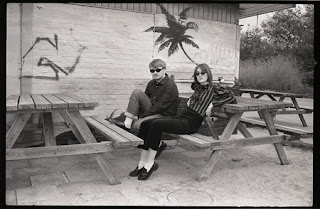 Swedish duo Wy have announced the follow up to last year's critically acclaimed, underground debut album 'Okay'; with their forthcoming LP 'Softie' - a highly personal, eleven track account from the pair (real names Ebba and Michel), due for release on 30th April via Hybris and Beatnik. With the release of their debut, Wy garnered the highest praise with comparisons to Slowdive, Cigarettes After Sex and Mazzy Star, and the new record is set to further cement their position as one of the most exciting bands around right now. In tandem with the news, they have released a new single; the album title track, which you can listen to via the link below.

This latest track release is loaded with vulnerability; it's a raw, spell-binding ode and apology to those on the receiving end of singer Ebba's bouts of depression. In her words, "Being really down makes me a jerk to people. But if I'm being a jerk to you that probably means I love you very much. It's very complicated."  The single follows the recently released 'Pavements'; a gritty, bold and electric release which was championed by Lauren Laverne at BBC 6Music and described by Consequence of Sound as "weaving atmospheric compositions and emotional lyricism".

The album is very much a statement on the turbulence of human existence, written from Ebba's experience of being bipolar. With their clarity in emotion and unapologetic use of lyrics, it's an important record in more ways than one. She explains, "'Softie' is an attempt at proving there is more than one way of being a functioning human being. The album is about coping, growing out of your fears, learning how to distance yourself from your anxieties and the ups and downs that comes with being bipolar. 'Softie' is ultimately about releasing the pressure from yourself and that's what we have been doing in the process of writing these songs. We ended up with a record that was turbulent, back and forth and non-conforming. And we love that, because it feels very 'us' and we really wanted our second album to hit you in the face rather than rock you to sleep." 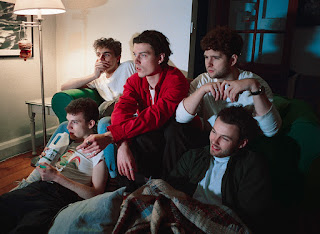 Junodream - Terrible Things That Could Happen.

Bristol born, and now London based band Junodream are announcing the release of their debut EP 'Terrible Things That Could Happen'; as well as sharing the first single and title track.

A 90s inflected indie rock cut bursting with vibrant guitar based instrumentation - the new single..."is a one way conversation between a couple in a car," explains the band's Dougal Gray. "Trying to get a response - by saying increasingly weird things - from someone too distant to listen. It's comical but also very sad."

Taking inspiration from artists such as Beck, Brian Jonestown Massacre, and Pavement - the band have undergone many transformations over the years; recently "evolving into our superior form", as the band succinctly put it. That superior form is Junodream.

Having already surpassed over 1 million streams on Spotify, with no management or label backing, the band have also built up a heady live reputation in London in the short time they've existed as Junodream. Headlining venues such as The Pickle Factory and Bermondsey Social Club along the way - they've busied themselves self-recording and releasing various tracks over the past 12 months - the latest of which, their debut EP 'Terrible Things That Could Happen'. Due for self-release on 12th April, the EP was self-recorded by the band in an old cottage in Andover, using mattresses and pillows for soundproofing. 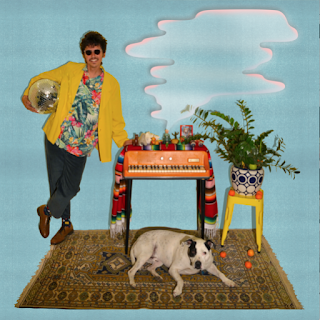 Los Angeles artist Jonny Kosmo is no stranger to groove, most recently performing as the bassist for Los Angeles’ psych-pop synth outfit Mr. Elevator.  Steeped in pop-strange composition and a rich history of musical theater, Kosmo creates songs full of color, movement, and imagination all while keeping ears dosed in a palette of shimmery soul. 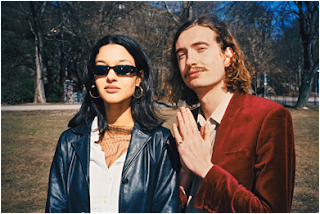 Swedish duo Morabeza Tobacco have always been ones to repurpose cult TV shows into their music. With their previous single ‘Defenders Of The Glam’ taken from the 80s cartoon series Defenders Of The Earth, the pair now return with their latest release ‘Ally McBeal’, although it is not actually inspired by the hit TV show. 2018 was a blinding debut year for the band, culminating with Pitchfork naming previous single ‘TTYL’ in the Top 100 Tracks of 2018.

“We’re not sure actually [where the name came from]”, the band say. “We were talking about what to name the song, then ‘Ally McBeal’ popped up and both of us thought ‘yeah, that’s the one’. One theory we have is that we associated it with one of the lines in the song (‘it’s no big deal’ =Ally McBeal)”.

Stepping away from the more groove-filled singles of recent, ‘Ally McBeal’ looks to be the band’s more ethereal and psychedelic release, With notable comparisons to the likes of Animal Collective and Toro Y Moi, the single is filled with dreamlike synths and subtle yet commanding basslines that give this new release a very grand and cinematic-like experience.

Speaking about the creation of their latest track, the pair added, “All of it was pretty much written and produced one afternoon. The feel and the harmony were inspired by The Land Before Time, another one of those nostalgia trips. It’s probably the saddest song we’ve written so far. We have one song on the upcoming album that is another candidate in the competition of being the saddest song. Let’s hope that ‘Ally McBeal’ is gonna help some people open up their tear canals for a little cry that makes them feel better afterwards”.

‘Ally McBeal’ is set to feature on the group’s long-awaited new studio album, alongside a number of previously shared singles, adding “It’s going to be an album with eleven songs we have worked on for a long time and that are all unique. You can expect love ballads with wobbly synths, groovy tracks with mystique and our take on lo-fi pop”.