February 26, 2019
Cat Princess serve up a funky and vibrant slice of art rock with some dance along vibes for good measure. Guest Directors new E.P. covers a few rock genre bases, the bands musicianship is noteworthy, as their versatile material demonstrates. Charlotte Cornfield's 'Storm Cloud' is gorgeous, her vocals are beautiful, the lyrics intrigue, and the catchy nature of this song ensures a good few listens are likely. 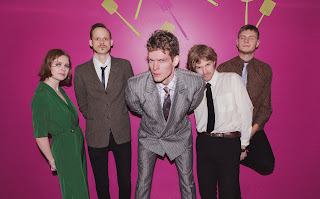 Uppsala quintet Cat Princess formed at a New Year's party and debuted only days after playing at guitarist Robin's birthday party. Singer Nils joined the gang after drummer Victor claimed Nils was "a diamond in the rough" of a front-man. Just as spontaneous as the band's birth are their music. Today the catchy Sweet is released, "an ode to the endless pursuit of peace" and the first single from Cat Princess' long-awaited debut album Forbidden Items.

Sweet comes a year after their last single, the retro banging Fly on Your Wall, which was followed by the band's debut London show and a support slot for synth legends OMD. It's a look into Cat Princess at their most dance-friendly and one of the brightest cuts from the upcoming LP which took a majority of 2018 to make. The result is an eclectic art rock mix consisting, equally put together by the bands' influences spanning from 80s new wave to contemporary greats.

Nils Krång, lyricist of the track, tells the story of Sweet: "Straight away in our catchy first single Sweet, the lyrics narrates from the point of view of a person that has regained their senses recently, from having had a long "black out". As sung through the lyrics, the experience shows itself through the return of the sense of vision, (night lights turned on, completely), the reflections of recent experiences (how long was I out for?), saying goodbye to the past (goodbye different time), amongst other themes that coincide with change happening in life, or coincide with being in a state of peace.

It's an ode to the endless pursuit of peace. Lyrics in the verses are moving forward quickly, then comes a more relaxed singing in the chorus, down in the groove with the instruments. Musically, Sweet is straight-on, funky, viby, dancy, feedback-y, a sunny tune with a puls-y, rhythmic, percussion section, punchy, moving drums, touchy cymbals, a cocky bass line, uniting with the vocals in the verses, catchy guitar tones beautiful enough to make unicorns cry, and dubbed vocals with crazy editing and effects. Just as good of a dance tune, just as good of a chilltune. 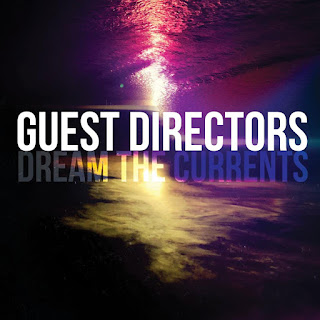 Guest Directors’ spooky and soulful music evokes images of evergreen silhouettes, dreamy breezes, and the power of seemingly perpetual precipitation. Their third EP, “Dream the Currents,” is the next step in what has amounted to an annual progression of EPs demonstrating harmonic, rhythmic, and stylistic explorations that hover around a familiar sonic center.

These five songs span from Teenage Fanclub-like jangle, the reverb-drenched pop of The Cure, to some unexpected turns in the spirit of bands like Autolux. More shoegaze-adjacent than stalwart standard- bearers of the genre, Guest Directors' confident chemistry and ambitious spirit eschew typical routes in favor of new paths.

Their kaleidoscopic instrumentation is comprised of delightfully tangled Jazzmasters and moody vocals, as well as volatile drumming and propulsive bass work. The group has mastered its musical surveillance, recognizing each bit of sonic space as an opportunity for attention, examination, and artful refinement. Collaborative songwriting unveils surprises, especially on key tracks "Parachute On" and "Minor Mendings”. 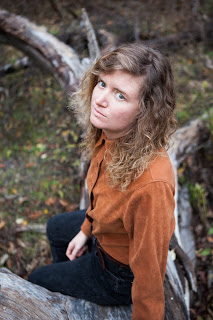 “You free yourself when you take away the script,” says Toronto songwriter Charlotte Cornfield. “That’s where this record came from, dismantling patterns and embracing the process.” Cornfield’s third full length, The Shape of Your Name, is set to arrive in Spring 2019 via Outside Music imprint Next Door Records. The album has a more honed studio sound than her scrappier 2016 release Future Snowbird, and for good reason: it was recorded in 5 different sessions over the course of 3 years. The songs are her strongest and most striking to date – contemplative and contemporary, funny and heart-wrenching – and they’ve got that stuck-in-your-head-for-days quality that Cornfield is known for. The Shape of Your Name features a star-studded cast of collaborators including (but not limited to) Grammy-winning engineer Shawn Everett, Broken Social Scene members Brendan Canning, Kevin Drew and Charles Spearin, and Montreal songwriter Leif Vollebekk.

“My initial intention wasn’t to make a record at all,” Cornfield muses. “The whole thing kind of happened by accident. I went to The Banff Centre to do a residency and came out with these recordings that I knew I wanted to use for something but wasn’t sure what.” She brought the unfinished songs to her former roommate Nigel Ward in Montreal. “He fell into the producer role seamlessly,” says Cornfield. “We took it slow and just tried things for a while until the vision settled in. There was no rush. It was freeing, and it gave the songs a lot of breathing room to develop.”

For the past four years Cornfield has been booking and managing Burdock Music Hall, a small venue in the west end of Toronto. The job has offered her stability and a strong sense of place in Toronto’s bursting-at-the-gills music community. She’s also an in-demand drummer and side musician, and has worked closely with Tim Darcy of Ought, Molly Burch, Adrian Underhill, and members of Lake Street Dive. She has toured extensively in North America and Europe and has supported a huge range of artists including Broken Social Scene, Anais Mitchell, Daniel Romano and Sam Amidon.