April 20, 2019
Whispering Sons power up on 'Hollow' a splendid rocker of a song, where the haunting vocals and Gothic vibes are resplendent. I have to say I am very impressed with Irina Atanasiu's two songs shared below, forget how young she is, this is gorgeous material, that's superbly produced. It was back in 2016 that we featured Pete Gardiner (I genuinely thought it was just a few months back - time flies) anyhow he is back with 'Dangerous People' and it's a rather good song, to say the least. 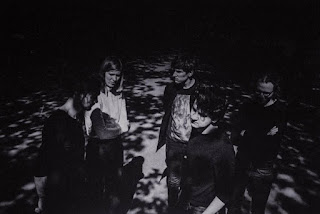 With Whispering Sons’ debut album – Image – the Brussels-based band with Limburg roots hit one out of the park. Their first major release since the EP Endless Party (2015) took fans and critics by storm, which was soon also to be reflected in the Belgian Ultratop charts.

The album came in at number six in the album top 100, and the single ‘Alone’ was voted first place by listeners for the hit list ‘De Afrekening’ [The Countdown] on Studio Brussel for five consecutive weeks and ‘Vox’ on Radio 1 for two weeks. On their own home turf in Belgium, there’s hardly a single venue that isn't obliged to hang a ‘sold out’ sign out on the front door. On stage Whispering Sons wows the crowd every time – that they’ve been named ‘the Best Belgian Band now’ is no fluke.

“This dead land…this mad land…Is this the way the world ends?” singer Fenne Kuppens’ dark, hypnotizing voice never sounded as apocalyptic as in the impressive and devastating single ‘Hollow’. The end-of-days feeling is illustrated in the remarkable video for the track. No demonic four horseman, no bloodthirsty robots or aliens to exterminate humanity, but a serene and peaceful kind of doom… We see youngsters assemble at the tree of life in a desolate desert-like setting. Their trancelike gaze aimed high at the sky that’s about to fall… Death from above… Parting ways together… determined, undaunted, unconcerned… “I’ve been afraid too long, I’ve been afraid too long...” 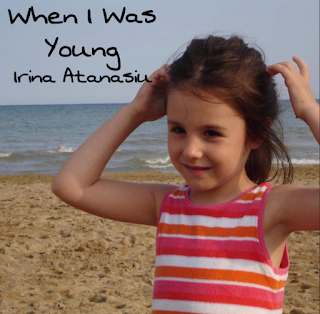 Irina Atanasiu - When I Was Young / A Sky of Gray.

Irina Atanasiu is an 18 year old singer-songwriter who is currently based in Brussels, Belgium. She has written over 100 original songs up to date, and seems to effortlessly be able to produce a catchy melody and relatable, thoughtful lyrics to go along with it. Irina loves combining elements of popular music with indie-rock in her songs.  Her music has previously been described as “bubbly pop-rock”, “retro alternative rock” or “teen pop-rock”. Some artists that inspired Irina Atanasiu and influenced her sound are Tyler Joseph and Taylor Swift.

Her debut single “When I Was Young” received a great amount of praise since it was released in November 2018. Irina wrote this song in 20 minutes, while coping with the aftermath of a broken heart. In her debut single, she sings about feelings of betrayal and unexpected heartbreak, from a person she loved very deeply. Moreover, she also explores feelings of nostalgia, and a longing for innocence and a simpler time. Her song brought Irina Atanasiu to 1st place for alternative music in her city on ReverbNation and 2nd place nationally.

On the 15th of April 2019, her second single “A Sky of Gray” was released. This song explores a darker side of Irina’s life. “This song is very different yet similar to “When I Was Young””, she says. “It explores some struggles I have had throughout my adolescence coping with anxiety and depression and how these emotions were essentially linked to my past experiences and relationships. I’ve had a number of negative experiences in my romantic and personal life, and these are explored in great depth in my music.” says Irina.

Irina Atanasiu aims to release an EP featuring 5 songs in the summer of 2019. “Every song in my EP tells a different story, and shows a different part of who I am. I hope that by talking about my experiences and thoughts I can inspire other people and raise awareness about different topics which are very important to me such as mental illness, and bullying. That’s the reason I got into music, after all, to inspire others and give a voice to the underdog” she says. 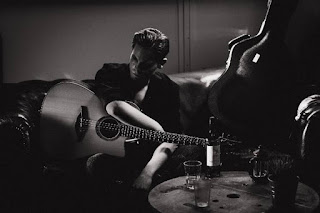 Pete Gardiner is a rarity, a true songsmith, a poet who sets his stories to music. Pete writes about doomed, alcohol fuelled love affairs, our celebrity obsessed culture, vanity, greed, violence and lust with a style and passion inspired by his songwriting heroes Bob Dylan, Leonard Cohen and Bruce Springsteen.

Growing up in Northern Ireland in the 90’s, there was no shortage of subject matter for Pete’s unique ability with words. New single Dangerous People (coming out May 17th) interprets the madness depicted in world news headlines into three minutes of dramatic Americana influenced folk storytelling.

Pete goes on to say that, “The song follows a man driven to the brink of madness by our current political climate coupled with his own inner turmoil and anxiety. He wants some company and he does his best to hide his darker personality traits from the woman he desires. However, with each passing chorus, his true nature becomes more evident.

I wanted to write something in the style of Leonard Cohen's “Everybody Knows” where the lyrics somehow say everything about where we are in the world without being specific about anything.”

His early demos, which gained support from local BBC radio, caught the attention of a major UK radio group, who then tipped off a record label, which resulted in Pete signing his first recording contract. Pete’s debut album, recorded with award winning Irish producer Tommy McLaughlin (The Villagers), earned great reviews and the first single ‘Idols’ was featured in ‘Record of the Day’. The follow up, All These Things, was picked up by BBC Radio 2 by presenter Janice Long. Pete plays a live show to celebrate the single’s launch on May 16th at The Bedford, Balham, London.