April 18, 2019
The self titled E.P. from The Last Bees comprises of six unashamedly Beatles influenced songs, and what's more each one is a delight to listen to. A couple of days after the music video for 'The Cracks' was put out and Another Sky are already well into the thousands of views, this is a band getting considerable attention for all the right reasons. From Finland we have Sofia and 'Heavy' the title track from her E.P due next week, this smooth and engaging song bodes well for what's to follow. 'Sardines' from Vilde is just so likable, the video adding even more, if this is weird pop, then I am all for plenty of weird pop. 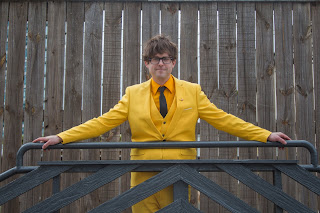 Countless bands have cited the Beatles as inspiration, but few have recaptured their early sound with the same attention to detail as The Last Bees.

Milwaukee-based Ian Ash grew up soaking up the sounds of Summerfest every year and it wasn’t long before he was a fixture in bands that were grabbing supporting slots in the festival. Ash was exposed to a great deal of excellent live music as he began formulating his own ideas about his vocation. Seeing modern day artists like Greta Van Fleet capturing the sound of 70’s Led Zeppelin and Pokey LaFarge making an impact with pre-1950’s ragtime, he sensed the undeniable scent of nostalgia in the air and decided to go full throttle on his love for early Beatles.

With sweet, melodic music becoming scarce, Ash dedicated himself to producing songs that tapped into a kind of youthful vulnerability that has all but vanished. Music that harks back to a time not so different from our current culture; a time when people also needed a positive, uplifting release from the vicissitudes of a world changing so quickly.

He unapologetically crafted a collection of sticky, retro, low-fi pop tunes, which might be considered sacrilege to Beatle fans, if it wasn’t so sincere and well executed. 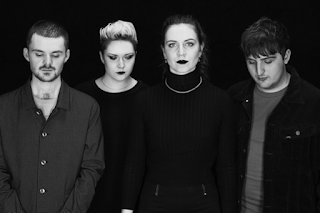 Another Sky - The Cracks.

Another Sky have unveiled their new single “The Cracks,” the second track taken from their upcoming EP Life Was Coming In Through The Blinds, due for release on June 14th via Fiction/Missing Piece Records. “The Cracks” (video directed by Steve Turvey) follows on from the band’s emotionally impacting previous single “Apple Tree.”

“The Cracks” further reveals the band’s talent and appetite for cultural and social commentary, alongside their soaring cinematic soundscapes. Vocalist Catrin Vincent describes the track as “a response to a Leonard Cohen lyric, “the cracks, that’s how the light gets in”. The song is an ode to our generation, one that is more self-aware and being forced to have the difficult conversations that lead to progress and evolution. It’s inspired by the little girl fined by the council for setting up a lemonade stall, the kids suing the US government for global warming, teenagers like Greta Thunberg. It’s about our generation’s unique position of facing extinction.”

Another Sky was recently named one of NPR Music’s "Favorite Discoveries of SXSW 2019,” and one of Paste’s “15 New British Acts You Need to Know in 2019.” Media and fans alike quickly jumped on board with the band in 2018, with The FADER premiering the video for “Chillers,” and an appearance on Later…with Jools Holland. 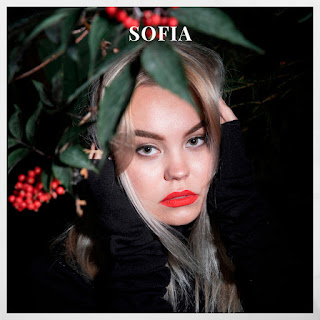 Born from a collaboration with renowned Finnish producer Matti Pitkänen, the EP clearly shows Sofia’s flair to create both a unique sound and aesthetic for herself, all deeply rooted in personal experience. Explaining what inspired her to write the songs, Sofia says “they are all confessional stories about hope, love and vulnerability. I wanted to be earnest and made the lyrics sound as I was reading from my diary.”

Anticipation has been building steadily on Sofia’s upcoming EP, since she unveiled its first single ‘Heavy’, which has seen support from the likes Nothing but Hope and Passion, Bands of Tomorrow, The Indy Review and Wonky Sensitive, among others. Whilst her first international debut ‘Domino’, a mix between Billie Eilish haunting ballads, Khalid’s pop-inflected R&B and Anne-Marie’s truth-telling, put Sofia on the right path to becoming the next Nordic-pop sensation.

Including the previously released singles‘Underwater’ and ‘Your Arms’- which earned her early support from key Spotify ‘New Music Friday’and key Nordic influencers,as well as heavy rotation from the largest Finnish taste maker radio Yle X - the EP is a well-rounded and authentic body of work, that exemplifies Sofia’s heart-warming approach to music: one that is sure to resonate with listeners on its release. 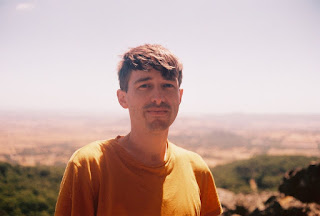 With a proclivity for delivering exhilarating slices of indie-electronica infused with weird pop sensibilities well established, Vilde returns in 2019 with his first cut from a new full length record. New single Sardines retains the Stockholm based, Melbourne raised artist’s singular style – whilst letting a little more light in to a traditionally dark sound. Falling somewhere between Thom Yorke, Tim Hecker and TV on the Radio it’s a great addition to his steadily growing stylish and sophisticated cannon.

As well as leftfield sonics Vilde, AKA Thomas Savage, offers oblique looks at serious themes through his tracks and albums. Sardines falls in line here, offering a take on views towards overfishing: “A friend of mine said to me, ‘You know, there’s a date on it. There’ll be no fish left in the sea come 2048’. It sounded like the kind of comment I’d have an initial predisposition to be sceptical of. However just a little research shows it is a well-supported claim. I’m interested in why this has had such little effect on the consumption trend. We are a species that takes action to preserve an endangered species, however only at the point of its being endangered. We exist within a fog of moral & ethical confusion. It’s fascinating. I articulated this poorly, yet as best I could, in my song, ‘Sardines’. The emotion is there, at least.”

It’s the first preview of Fidget At The Podium, the album Vilde will be releasing in the late summer. He began recording in early 2018 in Stockholm, just before being served a visa denial from the migration agency. Re-locating briefly to Düsseldorf to stay with his brother, he eventually finished the record in Melbourne through the summer. Looking to expand the instrumentation to evolve his sound, he brought in flute, saxophone and for the first time, other people’s voices. “I have had such a solo process for so long now, it’s become quite exhilarating to collaborate with other musicians” explains Savage, revelling in opening up his creativity.

There’s a reason for the hitherto insular approach the Vilde project has taken so far, explained as an overarching theme tackled across the album. “It’s largely about emotions and making sure to communicate with them. Personally I don’t find that social interactions accommodate a headspace where I can do that effectively” starts Thomas, “I get the bulk of that fix, that inner-communication, in yelling from my guts into a microphone, alone in my room. This whole music thing is largely for myself, and I guess the point of releasing this album is that if a listener gains a fraction of that gut-to-fruition emotion that I do in making it, it’ll mean something to them, I hope.”