April 21, 2019
An all female line up today on Beehive Candy starting with Hannah Rosa and 'Fire,' a song that sees her captivating indie pop showcased with style and quality. The merging of jazz and folk music not only works, it's somewhat breathtaking on Alex Spencer's new album 'Shine' which you can stream in full below. 'Hoochie' is the sixth song we have featured by the very talented Isle Of Wight artist Lauren Hibberd, it's as good as any of the others, and we have raved about all of them! Alejandra O'Leary new album 'Everest' comprises of eleven tracks of which 'Wires' is the opener. A gorgeous rocker, it is but just one dimension of this variety packed collection, the musicians are impressive as are the songs and Alejandra's adaptive vocals. 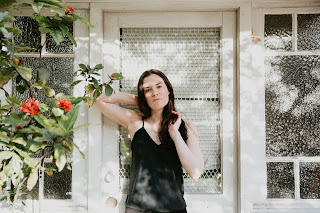 Capturing hearts and commanding attention, Brisbane's indie-pop darling Hannah Rosa is back and better than ever with dreamy new single, 'Fire'.

Following up highly praised release 'Hollow', 'Fire' turns up the heat, combining heavenly melodies with a string of soaring synth and guitar lines. With production from  Tristan Hoogland (Golden Vessel, Woodes) and additional production flourishes by Jarryd Shuker (Art of Sleeping, Wyatt), Hannah Rosa's latest is more refined than ever, and nothing short of indie bliss.

Contrasting the upbeat soundscape beneath, lyrically Hannah embellishes on her struggles with self-judgement in the modern age. Hannah explains, “I wrote ‘Fire’ about that uncomfortable feeling you can get scrolling through social media. If you’re depressed, sad or unconfident, it can be confronting and isolating to see people looking happy and living life to the fullest. For me, the track is an antidote to negative self-talk and is a personal reminder that it is always possible to ‘catch alight’ again."

With more music set to be released later this year, Hannah Rosa will continue to amaze throughout 2019 with her illuminating and wholly refreshing sound. 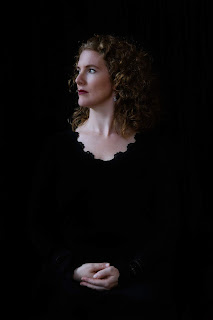 Having been away from the active music scene for several years while raising her 4 children, Alex Spencer has returned with a compelling new album, Shine. Teaming up with the stellar Berlin jazz trio of Ben Lehmann (double bass), Martial Frenze (drums) and Paul Engelmann (alto saxophone), Spencer has produced work of change and transformation.

The songs explore juxtapositions between youth and aging, children and parents, technology and humanity – all underpinned by the group’s steady rhythms and mellow tones. Part feel-good jazz, part sophisticated folk, this album stretches its arms wide and brings its themes together around a kitchen table where everyone is welcome.

Growing up in a musical family amongst both the green hills of western England and the forests of southern Germany, Alex Spencer moved to the big city of Berlin after her studies in Philosophy in the summer of 2000.

Between her children and working as a teacher, she has also managed to keep her life and identity as an artist alive, releasing her first album, ‘Underwater’ in 2010 and following it up with ‘Shine’ in 2019. When she's not playing live on the Berlin singer-songwriter gig circuit, Alex can be found walking her dog through Görlitzer Park in her Kreuzberg neighbourhood. 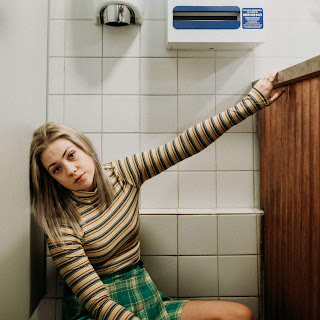 Fresh from a widely acclaimed support UK/EU tour alongside US indie rockers Hippo Campus, the singer-songwriter’s care-free new offering arrives ahead of her biggest headline shows to date, festival appearances including Live At Leeds and Hit The North and a slot on the BBC Introducing stage at this year’s Glastonbury Festival.

Buzzing across the airwaves with BBC Radio 1’s Annie Mac, Huw Stephens and Jack Saunders all throwing their support behind the young musician, Lauran’s witty, off-kilter approach continues to attract glowing praise from the online community (The Line Of Best Fit, Clash, The 405) and welcome comparisons to contemporaries including Courtney Barnett and Phoebe Bridgers.

Discussing her slacker-pop single, Hibberd stated: “‘Hoochie’ is a 90’s slang term for a bit of a ‘loose’ woman. It’s also the name of my new hamster. For me, this track is kind of that three-month period, after you’ve stopped hanging out with someone and you realise that actually they were kind of a tool, and that maybe you are alright. I think there’s a confidence in this track lyrically that I’m yet to filter through to my actual life. I’m looking forward to that happening”. 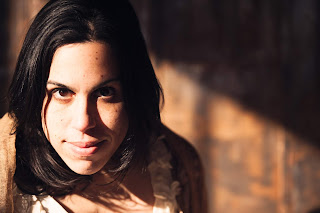 There are not many women in rock n’ roll music, let alone women equally confident in pop or rock, in English or Spanish. Alejandra O’Leary was born to a Colombian mother and Irish father and her birth name seemed to check those boxes appropriately. Having a different sounding name and being a woman of color both challenged and shaped her as she grew up listening to crashing waves and Beatles records. Specifically, growing up in Portland, Maine instilled feelings of being both a native and an outsider. “I’ve always been at home with messiness, big emotions and uncertainty,” Alejandra reflects. “I guess that’s why I like rock n roll.”

After moving to Santiago, Chile at age seventeen, Alejandra became infatuated with the idea of creating music and followed her muse across the world for a decade, releasing four albums of original songs, sharing the stage with Guster and Asobi Seksu, and drawing positive nods from outlets like No Depression, PopMatters and Magnet. The sound Alejandra cultivated during this time was an expansive mix of raw rock theatrics, anthemic Top 40 pop melodies, and soulful retro flourishes.

In 2016, Alejandra returned home with her newborn baby to Portland with the intention to record a new album. Never one to follow cookie cutter formulas, she rounded up a group of hand-picked local musicians and sent them demos of her new songs. No other instructions were given, and when they all showed up in the studio, it was made clear that they were going to improvise the song’s final arrangement. Alejandra refers to the band as a pop-up project, asserting “This improvisatory spirit keeps things fresh and thrilling. I find it to be the most enchanting way to create music.”

The resulting recordings have a live-wire feeling to them which reflects their on-the-spot creation. From the twangy 90’s Americana of “Undone” to the shoegazey twilight-rock of “Wires,” EVEREST is packed with a variety of distinctive ‘retronuevo’ sensibilities, yet it’s all indicative of its creators spunky and soulful spirit.