May 27, 2019
HunBjørn has released a video for 'All The Red' a gorgeous synth pop song where her distinct and dreamy vocals are matched equally by the beautiful musical backdrop.

South London's Zoe Konez writes and performs personal and thoughtful music as is demonstrated by 'We Got Lost' a song that showcases her talent and concern for others in a very fine way.

'Honey' from Thandii doesn't take long to stand out as a beautiful song, the vocals are gentle and melodic and the simple musical arrangement allows them to glide above as the perfect focal point for this piece.

Indie rockers Party Hardly were featured here a couple of times last year, now they make a welcome return with ' The Hopskotch Man' where once again their innovative and likable music is very hard to resist.

Secrecies give synth music some depth and edge with 'Life We Live' an addictive song drenched in emotion and feeling. 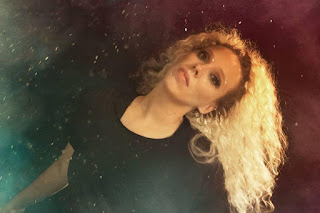 All The Red is a song about finding yourself again. It’s about pealing off layers, slowly build by what you think other people expect from you, and about a reaching for the essence and core of what really matters for you. “All The Red” is a metaphor for anger, envy, stubbornness - all the negativity that we sometimes find ourselves in, when we forget to listen to our own voices.

“Originally I wrote the song to my boyfriend, who battles controlling his temper in stressful situations. But it ended up having a more universal message for myself as well, about the importance of listening to yourself, of not letting the outside world influence how and why you do what you do - of trusting your own process”, explains Ulla Pihl, who’s behind HunBjørn.

“If we are able to give time and room for new acknowledgements to flourish, I’m sure that the negativity and all the metaphorical red will be softened and replaced by a surplus of energy and understanding for others. Then is much easier to be open and more empathetic, to the ones near to you, but also globally speaking”.

HunBjørn moves in an electronic dream pop universe. Her sharp productions mixes the soft and vulnerable with a more raw and direct approach. Catchy synth lines and dreamy vocals. She has a strong talent for using new technologies in her branding and marketing of her music and rapidly grew an engaged fan base with her messenger bot called the “She Bear Bot” and an interactive behind-the-scenes experience that fans could join, with personal V-logs, hidden Easter eggs and exclusive live videos. 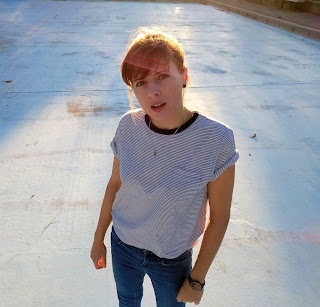 Zoe Konez - We Got Lost.

Zoe Konez has never been one to divide her music and personal life, and why would she start now? The South London songwriter spends much of her life connecting with people on hospital wards, making music with people in challenging circumstances. She’s also relentlessly developing her craft as a performer, having completed numerous tours across Europe in recent years.

A musician in the most complete sense, Zoe self-produces her releases. Constructing her songs from start to finish, she works from home, the studio and on the move, taking inspiration from all that’s around her.

Back for 2019 with a collection of brand new tracks to be released over the coming months, Zoe leads with indie-pop gem ‘We Got Lost’. It’s a track draped in dreamy, psychedelic guitar licks and soft, endearing vocals. On the new track Zoe states:

“I wrote the track in the first couple of days of January, in the quiet, reflective time before things started back for the year. I had changed the strings on my electric guitar and the opening chords were the first I played when I finished, and words fell out. I started recording it in my home  studio as I was still writing it. Lyrically the track explores social media and how isolated and pressured we all felt around that, as well as the division and confusion around Brexit" 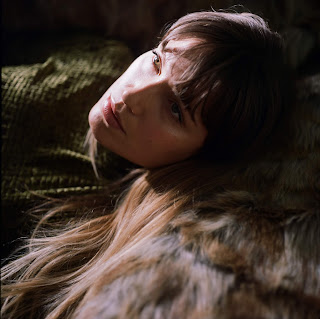 Having gained support for their blend of sultry female vocals and upbeat pulsating bass lines on previous single ​‘Company’​, Jess and Graham now return with ‘Honey’​, a hint at a darker, and more muted tone from the duo on this melancholic-pop cry for help. This follows a sold out headline show at The Waiting Room in London.

A wistful vocal drifts over a morose and faltering synth; the beat trudges away like an emotional teen; all while Axelrod-esque synths and strings strike in the backdrop. An ode to the melodramatic, ‘​Honey’​ comes from the perspective of someone who believes they always make the wrong decisions in life. ‘​Honey, won’t you save me from myself?’ i​s the resigned outcry of someone who has nearly given up hoping they can​ change.

‘Serious Town’​, out July 5th on the band's own label Bad Hacker, sees a departure in tonality as well as the way it was recorded from Thandii’s previous works. ​“For the EP we chose to spend some time in a proper studio, rather than recording at home as we have done before. One of our favourites is a place called ‘Echo Zoo’ down in Eastbourne - it’s an analogue recording haven more akin to the Southern States than the southern coast of the UK.” T​ he duo wrote and produced the EP themselves and took inspiration from the darker side of the psyche. “Imagine if the voice in your head sang at a dystopian disco.” 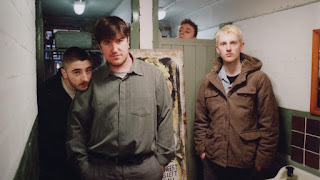 Constantly reshaping their sound as they mature and take influence from the urban cityscape and dirty undertones of Leeds and its thriving DIY scene, the quartet’s brand of off-kilter post-punk has swiftly won praise throughout the online community and looks set to continue with the arrival of their forthcoming EP.

Written after guitarist Matt Pownall suffered an injury resulting in reconstructive surgery which left him bedbound for some months, The Hopskotch Man was a culmination of the subsequent depression that tormented his mind:

“The Hopskotch Man is my anxiousness sitting on my shoulder. I would often have very vivid dreams during my recovery and a sinister man would always come and ask me to play a game of hopscotch, knowing full well that I couldn’t walk. The only way I got rid of this recurring nightmare was to look at him dead in the eyes and beat him at his own game. I’ve slept like a baby ever since".

Having already supported rising indie acts including The Magic Gang and Trudy and the Romance and gained BBC 6 Music airplay (Steve Lamacq), the four-piece are primed to continue their ascent with a slew of live dates to follow later this summer. 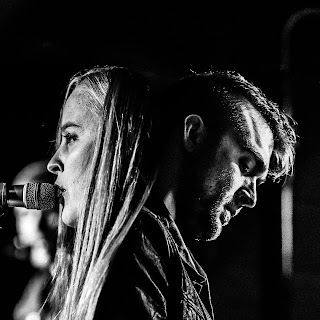 Awash in towering, reverb-drenched production, "Life We Live" is a prime example of the connected interplay between Shawn Magill and Joey Noga across their debut LP, Secrecies, which arrives on June 7th, 2019 via Idol Records.

By complete happenstance, Shawn Magill and Joey Noga met at a Cashmere Cat concert at Dallas venue Deep Ellum in 2017. They instantly connected over their obsession with sexy, synth heavy electro pop and formed Secrecies shortly after.

Together, their multi-layered chilling harmonies unite over playful pulses, evoking the heartaches and joys of passing youth. 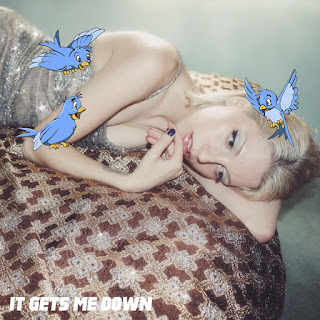 Tokyo via London grunge-pop chanteuse Cream with a K (a.k.a. Lee Tatlock) returns with her latest indie earworm 'It Gets Me Down'. The scorching new track comes with the news that her highly anticipated debut album is on its way and set for release September 27th.

"All my music is Autobiographical, but I wrote 'It Gets Me Down' in LA shortly after I left Japan. I had been living for about 6 years in an extremely strict and controlled environment in Tokyo, and it was a steep learning curve coming to LA by myself", explains Tatlock. "Not only was I suddenly an unknown nobody in a sea of unknown nobodies but I just wasn’t used to speaking up for myself or even taking control of my own world. I think this song was a big step in the direction of 'finding my legs' as Cream with a K."

A musician, visual artist and former model, Cream with a K is most well known for her former involvement as the singer in the Japanese Pop band Neko Punch (Universal Music Japan). Having cut her teeth in the entertainment industry in Tokyo, she decided it was time to reconnect with the West through Cream with a K in early 2016, her first fully English project since her start in music. Pulling her influences from her hometown of London, her adopted hometown of Tokyo and pairing them alongside fuzzy grunge tones and etherial pop vocals makes her first solo effort a surefire head turner.

Working alongside many noteworthy Japanese producers such as Takeshi Kobayashi, Hydain and Shingo Yasumoto and bilingual in Japanese and English, she also turned her hand to song and lyric writing for other Japanese and Korean artists. In Tokyo, seen as a cultural figure who links the UK and Tokyo Music scenes, she was the TV host of the Japanese Rock music TV Show NHK’s “Nippon Rocks” series.