May 26, 2019
We have to go back to late 2017 for our last feature on Empathy Test, however the electronic pop band have returned with 'Empty Handed' a song that indicates the bands capability to produce synthwave music with a deeper edge, and as anticipated, to a very high standard.

Danny Starr has shared 'Plastic Magic' a song that manifests personal earnestness, with a gorgeous musical arrangement and his outstanding vocals. 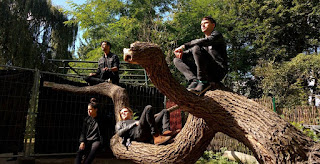 Following the success of double A-side single, "Holy Rivers / Incubation Song", which has racked up over 150,000 streams on Spotify since its October release and was praised by Clash Music for its “shimmering synths, glacial electronics, and heartrending vocals”, London Synthpop group Empathy Test returns with a second, tantalising taste of their upcoming third album, in the form of new single "Empty-Handed."

Empty-Handed presents another sonic leap forward for a band that has never been one to tread water when it comes to their sound, presenting a harder, darker style whilst simultaneously tipping their proverbial hat to the Synthwave scene that helped launch their career back in 2014. An arpeggiated synthesiser provides a relentless momentum from the get-go, while the deceptively simple composition gradually builds to its epic conclusion.

Opening line, “My heart is an empty vessel / Drifting out to sea” sets the tone both lyrically and emotionally. It’s about being unable to give a partner the emotional support or commitment they need and the feeling of emptiness that comes with that. As always, Empathy Test delivers a perfect marriage of music and emotion, the sudden flourishes of strings and synthesisers rushing past like spirits in the night.

There’s a sense of urgency here that has not been present previously, as well as an innate confidence that suggests the third album, which comes after the simultaneous release of two debut albums Losing Touch (Remastered) and Safe From Harm in November 2017 and is slated for release in early September, might just be the band’s most accomplished to date. 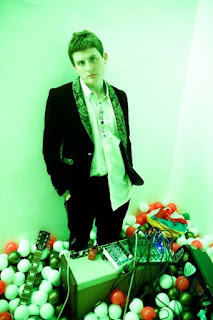 Danny Starr is a 20-year-old singer-songwriter from London. His two EPs have been featured on BBC Radio 1 Introducing, Amazing Radio and major blogs and radio worldwide, where Danny’s exceptional lyric writing and heartfelt vocal delivery have found scores of high profile fans.

Danny’s well-crafted pop songs cover a lot of ground the roots of which are in eras well before his time, take for example new single ‘Plastic Magic’. James Taylor and Jeff Buckley’s footsteps effortlessly lead to London where Danny mixes melody and rhyme into a soundtrack of poignant millennial longing. Never afraid to tackle big, demanding issues, Danny has the incredible knack of turning everyday observations into earworms with deep meaning.

Danny Starr is a regular on London’s singer-songwriter circuit and has played The Great Escape as well as Frank Turner’s Lost Evenings Festival at The Roundhouse and Reverbnation’s Discover nights, who also recruited Danny to their Connect programme. He has appeared on Sofar Sounds and his own headline show at Notting Hill Arts Club was sold out.