May 11, 2019
'Wild Things' is the debut single from Lookalikes a duo made up of Al Currie and Joel Skurrie. It's an impressive indie piece with plenty of depth, power and some fine vocals.

Diving At Dawn has shared 'The Humbling of a Good Man' an expansive sounding and well arranged song with plenty of melodic hooks and some excellent story line lyrics.

From Lord Sonny The Unifier we have the new album 'Final Notice!' which is accompanied by a short biography (see below) that adds some real insight into the album and it's final arrival. As for the music, well the collection strides across differing rock genres, expect plenty of imagination and a truck load of hooks along the way. 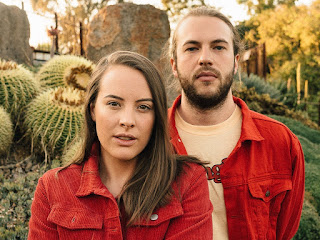 Surging with joy and oozing charm, the electric indie bop swoops in with an onslaught of groovy bass tones, folk-spiked guitar riffs, and gliding harmonies. The first glimpse into their upcoming EP, it’s refreshing to see their inception have such clarity and vision.

Taking pointers from Maurice Sendak’s famous novel, ‘Wild Things’ encourages the listener to stand up for what they believe in, and truly be themselves. “It's about strengthening your character and letting your walls come down in doing so. It’s throwing away the feeling of everyone being against you and throwing down your barricades to express yourself free of judgement,” singer Al Currie explains.

Lookalikes is the project of Al Currie and Joel Skurrie, both of whom have been heavily involved in music since a young age. Beginning their collaboration in 2016, the grand reveal of 'Wild Things' proves that their years of hard work has paid off masterfully.

With the launch of their live shows and debut EP still yet to come, there’s lots to look forward to from the pair; a promise these Lookalikes will be familiar faces in no time. 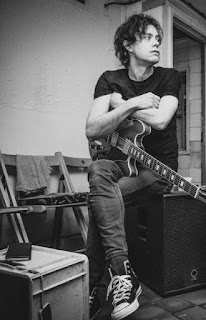 Diving At Dawn - The Humbling of a Good Man.

Featuring an orchestral accompaniment recorded over Skype (potentially the worlds first skype-orchestra), we have the new video to accompany the debut single ‘The Humbling Of A Good Man’ from Diving At Dawn (a new project from Pete Hobbs of The Boy Least Likely To).

Talking about the track, Pete explains "'The Humbling of a Good Man' is a soundtrack to everyday life. Dreams fall by the wayside, ambitions get cut to the quick and lives aren’t lived to the fullest. The song finds the protagonist at the end of a journey, the end of a dream, crash landing back into suburbia and trying to make sense of where he’s been and what’s to come”.

Released just this week, Pete goes on to explain the inspiration for the video.  “The Humbling of a Good Man is a song about a guy realising that his dreams and ambitions aren’t going to be fulfilled and contemplating what his future will look like. For the video I moved the character slightly on into the future, hopefully showing that whatever happens in life there is always some light at the end of the tunnel.” 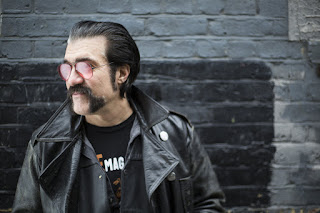 Brooklyn-based alternative rock band Lord Sonny The Unifier is lead by Gregory Jiritano. Jiritano began playing guitar at age 8, formed his first band band at age 12, and began playing in NYC bars at age 16. After the loss of his recording studio a fire in 2015, he had to throw in the towel - and his unfinished album - or regroup. He regrouped. Jiritano conspired with good friend Carmine Covelli to play drums, soon met Tyler Wood, a keyboard-wizard-freak and sound guru, Tyler swore by his good friend Derek Nievergelt on Bass, and thus Lord Sonny the Unifier was formed...and album completed.

"I began playing guitar at age 8 and so I cannot remember life without a guitar in my hands or very nearby. It was a $20 acoustic guitar my mother brought me back from Mexico. After moving on to an electric guitar, I joined a band at age 12 and miraculously we got gigs at schools, local fairs and church basements. At 16 I began playing in bars in NYC and the surrounding boroughs. 2 years later I began writing, and it was at this time I got very interested in the recording process and decided it would be best if I owned my own recording equipment in order to be a self reliant musician and to begin sonic experiments without restrictions, either by studio cost and time restraints or record label handicaps. It was also then that I decided it would be best to concentrate solely on my own songs and projects and not be distracted by playing other peoples music in other bands no matter how lucrative or exciting the prospect might be.

"And so began the real journey. I spent those early years working with John Schumann (who later started an effects pedal company called Schumann Electronics) I isolated this band in the mountains of Massachusetts and wrote and recorded using only modified analog effects and stringed electric instruments aided by John’s electronic wizardry often over dubbing up to 40 guitars. It was a time of extreme sonic experimentation. We worked for 6 years recording there on a 24 track 2inch tape machine using only analog outboard gear and stringed instruments…even the drum sounds were produced by stringed instruments.

"Unfortunately, none of this music was released and due to its’ extreme recording techniques we never performed live and we then went our separate ways. I moved the studio back to Brooklyn and began a solo project playing all the instruments and limiting the guitar tracks to 12 or so and after 3 years that recording was also complete. Misfortune again struck and as I was plotting its’ release and promotion the building the studio was in caught fire and burnt to the ground and everything I had purchased to pursue the dream of recording was gone. I now had no money to promote this just completed album and so it too was abandoned. I needed to regroup in order to plot the next step.

"The next step is this new release FINAL NOTICE! I decided to not purchase a new studio but rather to use ones available to me and to pay up front as in the end it would be a more expedient way to accomplish the recordings. I’d plotted with my good friend Carmine Covelli to play drums and soon thereafter met Tyler Wood who is a keyboard wizard freak and also a sound guru in the studio. It was he who swore by his good friend Derek Nievergelt on Bass and so Lord Sonny the Unifier was created. 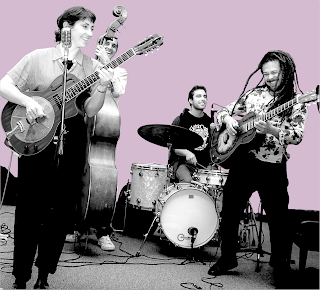 Nathan & Jessie are chronic world travelers, drawing inspiration from all they’ve encounter on their wayfaring journey. They have played in dive bars around the California desert, in the streets of New Orleans, on the subways of NYC, and listening rooms rooms and performing arts centers across the globe including Mexico City and Paris.

Along the way, they’ve picked up awards for ‘Best Blues’ and ‘Best Country’ Song at the Temecula Valley Music Awards, recorded live sessions for Acoustic Guitar Magazine and Nashville’s WMOT Roots Radio, and played alongside folk luminaries like Handmade Moments and Dustbowl Revival.

Their sophomore release, You’re the Star, is the follow-up to their incredibly self-assured 2018 debut, That’ll Never Be Me. Many of the songs on the new LP were crafted late at night while on tour. Tired and cold, often with nowhere to go, fingerpicking and singing to a new city, Nathan & Jessie comforted each other with their music.

That warmth and sense of well-being can be felt in the resulting recordings. It’s if Django Reinhardt and Peggy Lee decided to pull their material from the Great American Songbook - it’s chock full of style, yet there is little pretense with these two. They are simply sharing their lives through their music and, fortunately for us, these two individuals lead their lives in a very unique way.