May 10, 2019
We have a pristine Americana song from The W Lovers to kick things off today, 'Time's A Liar' just exudes natural roots beauty, this duo really do have something special going on.

Ellie M has a powerful and fabulously distinct voice, her vocals on 'Losing My Mind' is both captivating and stunning, as is the song as a whole.

'Ceilings' the new single from Eleni Drake might have been written in just fifteen minutes, nonetheless it's lyrics are striking, and with a refined musical arrangement this is one of those pieces that just stands out.

I don't think it's to much of an exaggeration to describe Astrid Holiday's voice as simply outstanding, as is the new song 'Mirror', just watch the video and see if I'm overstating things. 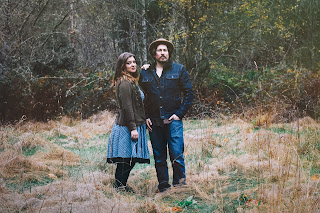 We have the pleasure of sharing with you some of the most authentic music coming out of the Northwest. The W Lovers are a duo comprised of Fleur and Wesley Wood, who met while Fleur was on tour from New Zealand in 2011, and needed to purchase an amplifier for her North American leg - fate would have it that Wesley was working that day. The two started performing together in 2014, and have been perfecting their brand of rootsy Americana ever since.

Fleur and Wesley Wood have made their mark on the live music scene all over the American West, playing over 100 shows a year, since their inception in 2014. Their debut album, released in 2016, was accompanied by four music videos and a live ‘in-studio’ video from Deep Well Studios (WA), where the album was recorded.

The sophomore album 'This Little Town' - produced by Ryan Hadlock (Lumineers, Brandi Carlile), is set for release in May 2019 Based in Washington State and friends of the road, touring has taken them from from Washington to Colorado and through New Mexico, California and Oregon. They’ve also played internationally in Canada and New Zealand. 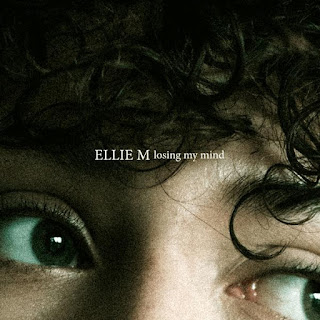 Studying people often involves standing to the side and observing in silence. A West London native, Ellie Morgan spent her gap year tending bar in W12's Bush Hall, watching and admiring the artists performing and passing through.

Though never a wallflower, this pensive 20 year old anthropology student is now ready to take centre stage herself. By chance, she met with musical conspirator Antoine Collin in early 2018. Both restless, an offhand remark about heartbreak instantly bound the two together. What better way to soothe the soul than with a song ... or five.

On-stage the pair known as "Ellie M" mix Jazz, Hip-Hop, Reggae and Pop influences into their own dark set drenched in noir and mindful escape. 'Losing My Mind' is the debut single of Ellie M and will be released on May 31st 2019.

Shine your spotlight on these residents of any comfortably dark corner and observe the stark sonic beauty that will fill up any room. 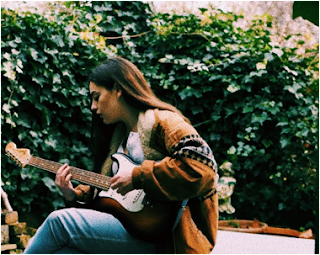 "A love song I didn’t ever see myself writing. This took a total of about 15 minutes to write from start to finish. I guess I was feeling overwhelmed by the amount of time I had spent with this one particular person, and they were also the first person I let into my life since my previous relationship. This person made me feel free, helped me experience certain things for the first time, and although for a short time, I felt happy too. I wanted to see them all the time, because of the exaltation they gave me."

Breaking through with her stunning debut EP ‘Blue’ at the start of last year, 2018 proved to be an extremely productive year for London-based singer-songwriter Eleni Drake. Having garnered a sync on Netflix series ‘Black Lightning’ with her single ‘Honey’, as well as working alongside a flurry of influential songwriters including John Foyle (Years & Years, FKA twigs), Freedo (Zara Larsson), Jez Ashurst (Tom Walker) and many more, the frontwoman now looks to cement herself in the new year with the announcement of her sophomore EP ‘’Songs On Sundays’.

Channelling a mixture of her initial influences such as Nina Simone and Ella Fitzgerald, and blending them with the contemporary soul sound of Jorja Smith, ‘Songs On Sundays’ aims to project the frontwoman in a more luxurious light. Keeping the production minimal and her voice the centre of attention, this new release looks to pick up where her debut left off and add a more diverse and captivating chapter to her growing catalogue. 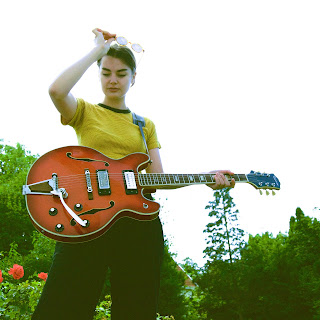 "Mirror": is about someone who only thinks of himself, and because of that he doesn't notice or appreciate the beautiful things in life. "Snow white roses, such a pity you didn't notice a single one, and now they're gone.” - Astrid Holiday

Indie label, RoastingHouse Records based in Malmö, Sweden have just about finished the album with their artist Astrid Holiday.

This follows the great success in Asia with the previous single/MV "New Beginning" (710,978 YouTube views to date) released by S.M. Entertainment, Korea.

Astrid Holiday just released her single and MV, "Mirror" from her debut album. 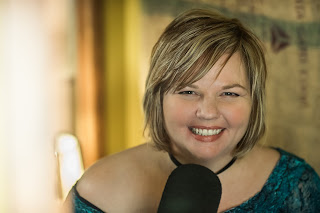 To Be Continued… is an album that showcases Honey’s most striking and stirring compositions. "I'm so happy," she says. "I'm really proud of this record and how it all came together." Cut in Nashville with Grammy-nominated producer Neilson Hubbard (John Prine, Mary Gauthier, Jason Isbell) and first-call players like guitarists Will Kimbrough and Kris Donegan, pianist Dan Mitchell, bassist Dean Marold and legendary fiddler Eamon McLoughlin, To Be Continued… takes Honey's mix of Americana, Country, Rock, Canadiana and Blues to the next level, capturing the sound she's been chasing for years. "It's hard to articulate what you hear in your head and get it to come to life through other musicians," she says. But after getting Hubbard's name from singer-songwriter Gretchen Peters, she knew she'd found her man. "I looked up the songs he produced and went, 'That's what I've been hearing!'

Although she's made music since childhood — "I wrote my first song in 1976" — Honey never dreamed of making it a career.  However, along the way, the down-to-earth artist has displayed extraordinary dedication to her craft. Francine’s debut self-produced album An Ordinary Woman came out in 2008 and was followed in 2014 by Re-Drawn, produced by Lang Bliss in Nashville.  As a graduate of the Berklee College of Music Professional Singer-Songwriter Certificate Program, Francine regularly makes the nine-hour drive from Ontario, Canada, to song-writing workshops in Nashville, where she has been mentored by icons like Beth Nielsen Chapman (who contributes backup vocals to Honey's Snowflakes On My Eyelashes), Mike Reid (I Can't Make You Love Me), Mary Gauthier (Mercy Now), Verlon Thompson (Boats to Build), Gretchen Peters (Independence Day) and Jonatha Brooke (My Mother has 4 Noses).

Now, To Be Continued takes Francine’s listeners on a journey.  Courageously drawing from her own life, Honey's latest songs run the gamut of emotion. Snowflakes on My Eyelashes channels the grief of loss; Can't Break Through to You examines PTSD; and the moving Marilyn documents a harrowing health scare. "That's a very tough subject and a very personal song," she confesses. "The room goes quiet when I play it. But I'll see someone wipe a tear from their eye, and know that song has touched someone."   It's not alone: Stay is a finalist in TWO categories in the  International Songwriting Competition (Americana and Sing Your Heart Out/Love Songs) and a semi-finalist in the Canada Songwriting Contest and Mamas Take Bad Dreams Away made the top five in the Canada South Songwriting Contest.

Equally laudable are cuts on the lighter side of the roster: The upbeat driving ode Open Road, the sexy come-hither blues of Honey (a semi-finalist in the Blues and Americana categories of the International Songwriting Competition) and the uplifting title cut that chronicles her romance with a friend who re-entered her life at just the right time. "