June 20, 2019
Eli Raybon first appeared with us back in March when we commented on his "sci-fi weirdo auteur" description, however as 'Primitive Man' demonstrates he is also a really fine songwriter and performer. His sci-fi concept album, Supertoys, is due out July 12th, and it's packed with some superb material, it's well worth checking out when you get the chance.

We featured The School Book Depository a couple of times back in 2017 and now we have the new song 'The Trail', where once again the vocals of Fredrik Solfors are so engaging as is the whole atmospheric smooth rock vibe running through this piece. 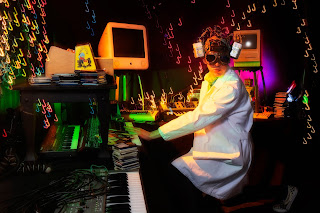 21-yr-old Eli Raybon's sound plays like the lovechild of King Krule & Chromeo - a blissfully weird take on future funk, bathed in 80's pop. He's quickly established himself as a synthwave auteur, with Noisey, Ones to Watch and Earmilk lauding his retro tunage. His ready-to-be-shared single is like a mashup of 80's Bowie, MJ, Devo: "Primitive Man" Eli's sci-fi concept album, Supertoys, is due out July 12th. With only a few releases to his name, 21-year-old Eli Raybon has quickly established himself as a sci-fi weirdo auteur. The staunch non-conformist is now priming his most rebellious release yet: a sci-fi concept album called Supertoys.

Raybon’s work is fueled by an unrestricted imagination, born from a serious case of childhood nostalgia. His formative years were spent exploring small-town Mississippi, writing songs, and directing his own Hi8 tape movies. But as he grew, Eli became keenly aware of the sobering realities that faced him and his peers – a conveyer belt existence where they were destined to become carbon copies of their parents. He himself was on route to New York to study computer science and mathematics, before pulling the emergency brake and changing his plans only two days before freshman orientation.

When the dust settled, Eli began recording his debut LP, The Machine & My Dilemma, which documented his desire to jump off the hamster wheel of life. Following its release, Raybon moved to LA to pursue music full time. Never one to flounder, Eli immediately recorded and released two lauded singles. The track 30 Cents was accompanied by an ambitious music video which was screened at film festivals across the country. He soon followed up with Green, an EP that drew praise from Buzzbands LA, Noisey and Paste.

Eli became infatuated with hardware synthesizers and moved from writing material on the guitar to a more expansive pallet on synths. Feeling his new material called for a producer beyond his skillset, Raybon sought the help of synth guru Prozak Morris, who had transitioned from making bass heavy hip hop to calibrating cutting edge vaporwave. The two collaborated on a remix and Eli quickly realized this was the producer he had been dreaming of. They began work on an album, recording from opposite coasts, Eli on the East and Prozak on the West, connecting through frequent phone calls as they slowly pieced their production together. 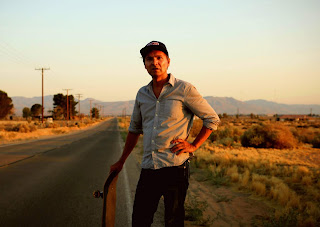 The School Book Depository - The Trail.

The School Book Depository is an imaginary storage facility where the Swedish moniker and songwriter Fredrik Solfors releases his songs and videos. The motto of the project has always been ”It’s my party, I can do whatever I want”, in order to embrace all forms of creative outlet both musically and lyrically. The songs range from groovy, psychedelic hop hop to noisy and catchy garage pop and beautiful, atmospheric post-rock.

In 2017 he released hos self-titled album which got high praise with words like ”classic Americana with a touch of modern electronica” and ” a gem of an album, with philosophical lyrics to be considered and huge melodies to be enjoyed”. Now he’s back with another albumet titled ”Bob and the Pitchfork Mob” due release on the 20th of June.

Fredrik started playing the drums early in his hometown but moved on to vocals, guitar, piano and songwriting in bands as Wagon, The Low Season Combo and Kinetics, appointed best international act by the British magazine Pure M in 2015. He also played drums in Surrounded, a Swedish band signed by American Deep Elm and British One Little Indian. Fredrik is now living in Bollebygd outside of Gothenburg in Sweden. 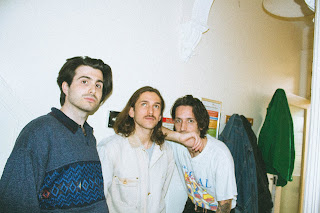 Flitting between insular, emotionally engaging bedroom-pop and moments of festival-ready breathlessness across their luscious dream pop sound, Leeds trio Far Caspian’s sonic formula is earning them fans at an exponential rate. From recent single Astoria with its calm, slowly grooving verses clearing the decks for expansive choruses, to previous effort A Dream Of You and its wistful, effervescent undercurrent, the band have delivered once again in sophomore EP The Heights, out June 18th via Dance To The Radio.

Emerging last year with a collection of catchy lo-fi gems on hazy debut EP Between Days, and crafting their self-coined ‘melanjolly’ style to widespread critical praise, the three-piece’s newest material showcases their trademark sound with fresh commercial overtones and a very intentional 80s production sheen. Blending these two shades on a UK tour in support of the debut EP in the spring peaked with thrilling, sold-out debut headline shows in London and Manchester.

Discussing their forthcoming EP release, frontman Joel Johnston reveals: “The Heights has taken us a lot of work to get to where it is. We started with some songs that were brought into a studio and we soon realised we weren’t the sort of band that could work that way. We took the tracks away and then re-recorded it in our house.

The themes on the EP are about embracing the present and enjoying the good times you do have even if you’re struggling through something else. From writing and recording this project we went from a pretty dark place into a place of contentment and I feel like the tracks have that feeling within them”.