June 19, 2019
Brother Son have a rather distinct brand of Indie Rock partly garnered by their musical influences, however nothing can take away how they have developed some superb songs, where as mentioned in their press release, blues, soul and even jazz styles manifest themselves. As for the new album 'Goodies' I have to say, this is a very fine collection of music (streaming in full below).

From Toby Johnson we have 'Isla' the first of four songs from his forthcoming E.P. It's a fine modern folk song, the musical backdrop is restrained, the vocals just right for the genre, and the overall production exudes quality.

If you dig further back in time on Beehive Candy you will see plenty of evidence for our love of live music and also Sandy Denny. Early in 2018 we featured Winter Wilson a couple of times, and their return with a live album full of original songs from the pair, along with a gorgeous cover version of Sandy Denny's 'It'll Take a Long Time' (performed with Fairport Convention) is just fabulous. Comprised of fifteen songs, this is a must hear for folk music fans. 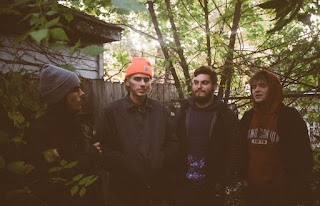 The story of Brother Son begins with four unlikely friends of disparate musical tastes and backgrounds uniting over a shared love of Alabama Shakes, The Strokes, Mac DeMarco, and ganj. Their music reflects this, bringing a unique blend of bluesy soul and jazzy smoothness to indie rock.

And so they began in early 2017 with their debut EP Young & Pretty, the first order of business being to play as many shows in as many midwestern cities as they could.

Rising quickly to local prominence, by the end of that year they began headlining and selling out shows at venues like El Club, The Shelter, and The Loving Touch. Now, with a tour under their belts as well, they've been gearing up to release their second LP, Goodies, with even more tucked away for a third project slated for early 2020.

With all that locked and loaded, their next move will be east and west coast tours this summer. 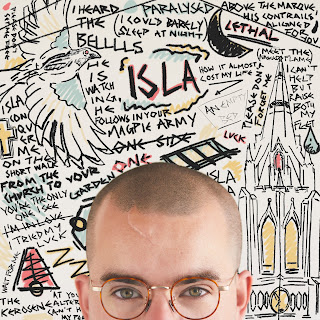 Mahogany Recordings new signing is Toby Johnson, this is the first of four tracks from Toby's forthcoming EP.

The writing process for the EP was a simplistic approach, which drew from pivotal moments and inspirations in Toby's personal life.

Toby expresses “if a song reveals every detail, then it ruins the illusion. It’s like a text message, people absorb information in different ways, a simple text can be misconstrued entirely, that's the beauty of storytelling.” 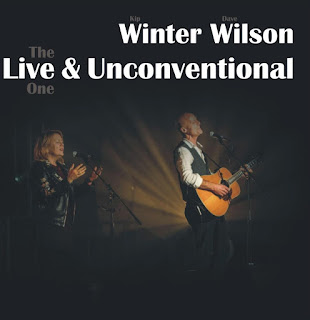 Unusually for Winter Wilson the album contains a cover, it's not every day you get invited to perform a Sandy Denny song (It'll take a long time) live in front of several thousand people with Fairport as your backing band. The remaining tracks are all originals, reproduced as they were on the night.

This year Winter Wilson have completed a five-week tour in Australia before heading off again around the UK, Europe and Canada.

If 2019 goes half as well as 2018 they will be delighted. 2018 started with them completing 29 gigs in 32 days around the UK with folk-rock legends Fairport Convention. This lead to them being invited to perform with Fairport in front of twenty thousand people at Cropredy Festival. Recordings from the tour and Cropredy will makeup the duo's forthcoming live album.

The latest album "Far Off on the Horizon" is their best selling to date and has been very well received by both punters and critics alike. But it is their live performance where these two really excel.

Now in their 7th year as full-time musicians, Kip Winter and Dave Wilson bring a sense of intimacy to every venue, blending superb, often hard-hitting original songs, stunning harmonies and musicianship with sometimes hilarious humour and tales of life on the road. 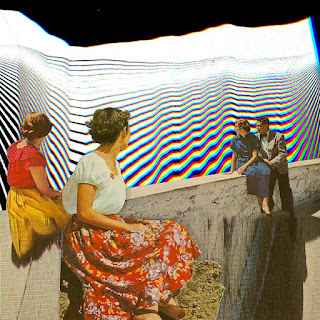 Caracol is a bilingual artist who walks a singular path. Her new album “Symbolism” is the sum of all her past musical experiences: her beginnings as a percussionist and back-up singer in reggae bands, her work as a sound engineer in film music, and more recently, her presence in the songwriting community and pop music writing camps, where she collaborates with some of the best beatmakers from around the world.

Always cultivating her uniqueness, Caracol stands out with her particular vocal tone, her catchy melodies and the daring way in which she uses rhythmic vocal patterns to create original arrangements. This particular blend of electro & organic sounds has given rise to her signature sound, where indie & alternative pop meet modular synths and tribal percussion instruments. Several of her livelooping performance videos have become viral on the web, and she keeps releasing new ones regularly.

The "Symbolism" adventure begins with an encounter with producer Joey Waronker (drummer for Beck, Roger Waters) during a creative trip to Los Angeles. After he fell in love with her demos, he decided to work with her. During the recording process, Caracol reached a new height in authenticity and artistic expression. She then continued the exploration at her Studio de l’Est headquarters in Montreal, with her long time allies Seb Ruban & Toast Dawg, two of Montreal’s most talented producers.

Caracol was recently nominated at the Canadian Indie Awards in the ”Electronic Artist of the Year” category, alongside international acts such as Milk & Bone, DVBBS and Rezz. The album also caught the attention of College Radio networks, reaching position #38 on the National Top 200 Earshot Charts in Canada, and was also the #28 most added record in the USA in College Radio charts.