June 21, 2019
It's our fifth feature for Annabel Allum in just over a year and we don't mind! The Guildford (UK) artist continues to deliver impressive and driven songs packed full of hooks, the more the merrier as far as I am concerned.

UV's vocals are striking and emotive whilst the ambient musical backdrop gives them even more exposure on 'Wilt' a powerful and intriguing song.

​Kyle Craft & Showboat Honey have just shared 'Deathwish Blue' along with a video, it's a dreamy, atmospheric and pleasing power ballad and it's hard to resist a second play. 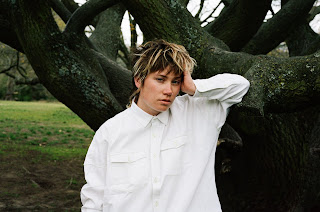 Annabel Allum - When The Wind Stopped.

It’s becoming increasingly difficult to ignore the rise of Guildford slacker-pop sensation Annabel Allum. From playing local pubs in her hometown six nights a week, to acclaimed performances around the world, Annabel is certainly approaching the peak of her startling development. From single to single, the emerging songwriter has evolved and added further layers to her trademark punk repertoire, with second EP cut When The Wind Stopped, out via cult London label Killing Moon, proving the latest remarkable addition to her rousing collection of vital, snarling songs.

A common theme throughout her material is the ease with which tracks simmering with steely angst can sit side by side with touchingly sentimental tracks dedicated to friends and family. When The Wind Stopped, with its anthemic tendencies and undercurrent of billowing fury exemplifies this style with aplomb. Discussing the release, Annabel revealed:

"When I was a kid I had such big expectations of how life was gonna be. I think most people do. But somehow we lose track of our dreams and what we really want from life. It’s so easy to shut yourself in a societal box and put your dreams to bed. I say # that. If you want something, go get it. Less moaning, more chasing”.

Long marked out as one to watch, the swell of praise for Annabel Allum from all corners is resounding. Long-time championed by BBC Radio 1, she’s hit the daytime playlist, recorded a live session at the iconic Maida Vale studios and performed on their SXSW stage, a festival she’s now taken by storm twice. Other notable shows include a dream-come-true emotional performance at Reading festival, as well as The Great Escape & Live At Leeds; tours with Nadine Shah, Alex Lahey and Beth Ditto have been the perfect way to cut her teeth in the presence of esteemed artists with plenty more opportunities lined up this autumn. 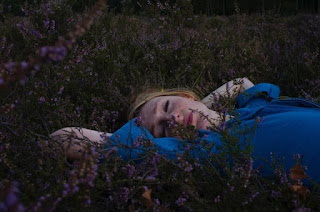 Supported by the PRS Women Make Music Foundation, the debut EP ‘Defender’ will be released on July 19th. 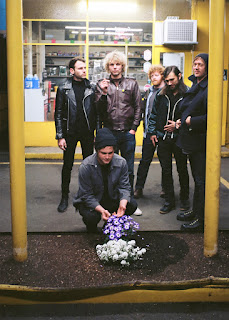 Craft had this to say of the visual, “I can’t dance and my fiancée Lydia isn’t the biggest fan of it either...we’d actually never danced together before the shoot. We wanted to have fun and aim for a Pulp Fiction vibe. So, I just slicked back the mop, cranked Spirit in the Sky over the bar speakers, and we went for it.”

Showboat Honey was recorded and produced by Kyle Craft, Kevin Clark, and Billy Slater at their own Moonbase Studios in Portland over 2018. The album was mixed by Trevor Spencer and mastered by April Golden at Golden Mastering.

Showboat Honey is now available for preorder through Sub Pop Mega Mart. Preorders of the LP through megamart.subpop.com and select independent retailers in North America, the UK and Europe will receive the limited Loser edition on a clear blue translucent mix with spots red hi-melt (while supplies last). There will also be a new T-shirt design available. 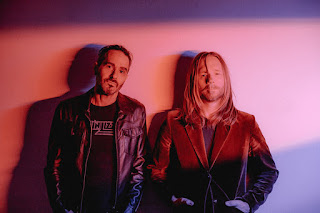 We Are Strangers is the new music project from Josh Kramon, a talented TV composer who has written scores for The CW’s iZombie and Veronica Mars, Fox’s Lethal Weapon and ABC’s Forever, among many others.

It’s with this background in TV composition that Kramon’s new songs could have only been written by someone who is used to matching sound to pictures and telling stories. Each track is an atmospheric, cinematic short story that exists on its own, but also lends itself to a dramatic scene or an end credit.

Most songs on this project explore his time in recovery, the universal human need for connection, how we often fail in our relationships and find redemption in moving on. He leans heavily on sounds from the late 70's and early 80's fusing together acoustic and electric guitars with lots of atmospheric vintage synths.