July 19, 2019
Ali Horn's current single 'Dreamers' came out a few days ago and is well worth catching up with, his melodic hooks and fine vocals are getting noticed, as this indie pop song demonstrates, that's quite understandable.

Dave Banks song 'She's Like' is a modern country piece with plenty of charm, it's fresh, natural and just right for playing on a road trip. 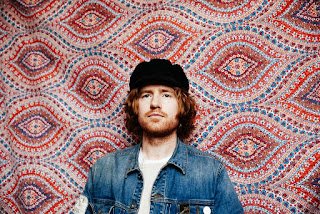 Ali Horn has had an interesting 2019 so far. His current single, ‘Dreamers’, had its release date moved forward when 6 Music’s Liz Kershaw fixed on it as her track of the year to date. His last single Modern Voodoo, was regularly heard on 6 Music and, the day after we meet, he is flying to Ulyanovsk, birthplace of Lenin, as part of a Unesco sponsored cultural exchange. This is not standard stuff for an aspiring singer / songwriter.

Ali will be representing his adopted hometown of Liverpool in Russia, a UNESCO world music city, to Ulyanovsk’s UNESCO world literature city. The coming together of Liverpool and Russia’s aspiring creative forces creates both excitement and apprehension. For now, not knowing who is picking him up from the airport is a more immediate concern.

Yet, Ali’s story to date is characterised by taking leaps of faith whilst committing to the hard work necessary to transform dreams into reality. The child of a folk guitar playing father, Ali convinced his parents to take his musical ambitions seriously by enrolling in a Saturday music school, foregoing standard lazy teenager weekends to learn production techniques alongside honing his playing.

A similar focus led to him developing the songs that are now finding friends across the UK whilst playing guitar in Liverpool’s best kept secret The Strange Collective. Taking his cue from a love of simple pop song structure and primary melodies, Ali stepped out of the shadows to centre stage to train the expansive psychedelia of that band into the surf flecked pop of the solo Ali Horn. As Ali puts it in characteristically self-effacing fashion, ‘I didn’t want to shy away from pop music anymore, I wanted to work within that verse / chorus structure’.

Initial releases under the guidance of Carl Hunter, former member of The Farm and current director of ‘Sometimes, Always, Never’ starring Bill Nighy, Jenny Agutter and ‘Control’s’ Sam Riley, led to a deal with Rooftop Records / Funnel Music and a team that includes producer Chris Taylor, Studio Manager at Parr Street Studios where Ali performed for 6 Music in March of this year.

It is a team that will be very busy for the remainder of 2019. Ali’s debut album is in process, an opportunity that he sees as the next self-imposed challenge ‘From starting writing, I saw a completed work. An album that puts the singles into a new context and gives me the opportunity to explore the other side of my music to what you hear with the singles. I love albums that flow for the listener, that are more than just a collection of songs’. Before that there are more tracks and live dates to look forward to. Assuming that airport pick up happened…… 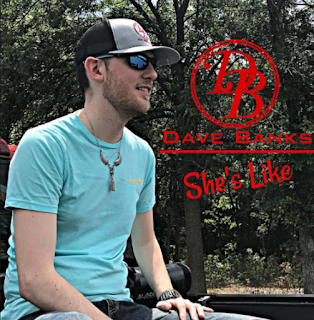 I'm just a simple country boy singin' country songs. I work 9 to 5, throw my boots on, put my guitar in my truck, and head to the next dive bar to sing some country songs.

I am 100% independent, all the way down to owning and operating my own record label, Reel Country Entertainment. I am determined to take on the machine and put country music back into country folks' hands.

"She's Like" is my first single released under my own record label, Reel Country Entertainment. It blends a contemporary sound with a vibe of more traditional country music. The intro guitar loop pulls the listener in and brings them all the way to the bass drop after the bridge.

"She's Like" is the quintessential love song to blast when you're flying down a backroad, surrounded by cotton fields, with your windows down. 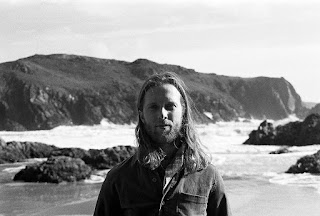 Bristol based Ead Wood delivers a shimmering, sunny indie-pop bop in latest single ‘Plum Cake’ - lilting gorgeously in all the right ways, it calls to mind Alvvays, Amber Arcades, Mazzy Star or Real Estate in its softly infectious sound. He is backed as ever by London band Margot, moonlighting as The Heights for this project. Recording in their own studio, there’s a resolutely DIY feel to the project that fits into the ambitious Bristol music scene.

Paradoxically to its lackadaisical sound, ‘Plum Cake’ channels the low-level anxiety that comes with everyday indecision. Indeed this fed into the naming of the track, as Ead elaborates:

"’Plum Cake’ is written about my lack of decision making. Especially when it comes down to those small everyday insignificant choices that really don’t matter, but I just can’t decide.

The title came as I was playing the song for one of the first times in Munich last summer and typically I couldn’t decide on a name for the track. I asked the audience if anyone had any ideas for a title and to shout them out at the end. As the song finished I asked again, no one replied as half the crowd was eating cake, I asked what the cake was and they shouted Special Bavarian Plum Cake, and there’s the title!"

Backed by influential outlets in DIY and Clash Magazine, as well as building an exciting live plot taking in venues across the country and further afield with European dates, that culminated with a performance at this year’s Glastonbury Festival, Ead Wood’s brand of catchy, breezy guitar pop is turning heads and getting them nodding.