July 18, 2019
Tanya Gallagher has just released her 'One Hand On My Heart' E.P and we have the song 'Dark Side' to enjoy, the singer-songwriter has a natural talent for modern folk as is demonstrated with this fine song.

Michael Paul Lawson recently released the seven song E.P 'Some Fights You'll Never Win' streaming in full below. It's a collection of music rich in Americana and alt folk, his distinct vocals are spot on for these genres, and his material is really high class.

'Get Bleak' from Ducks Unlimited is a vibrant jangle pop song, full of melodic hooks and with a feisty beat, it's pretty much guaranteed a second listen. 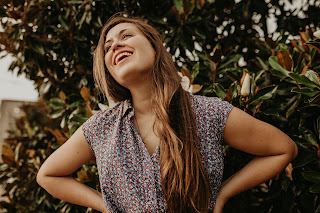 Florida singer/songwriter Tanya Gallagher has just released a brand new E.P. entitled "One Hand On My Heart". “One Hand On My Heart” is a touching folk and country influenced collection of melodic modern pop songs, with minimal but fitting instrumentation and arrangements beautifully displaying Gallagher’s strong and soulful voice, which could be considered one of the stand out instruments of this EP itself.

The songs are mainly driven by acoustic guitar with Gallagher singing in deep personal tones that seem to be heavily influenced by classic folk artists such as Joni Mitchell along side of singer/songwriting artists of the last couple of decades like Sheryl Crow and Alanis Morissette. Gallagher’s vocals serve her insightful and personal lyrics extremely well with her simple guitar chord progressions being tastefully accompanied by delicate keyboards and straight forward percussion.

"Both in relationships and in grad school, you face a lot of rejection, and so sometimes I would come home after a tough period and think, Well, what would I say if I felt confident?” she says. “Writing these songs helped me to face my insecurities and kept me moving forward.” 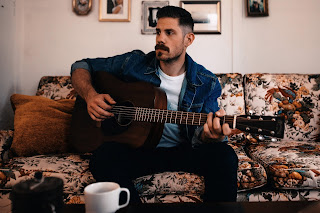 Michael Paul Lawson was born into a deeply musical family, with generations of band leaders, classically trained academics, and brass band legends before him. While his early inclinations were to follow in their footsteps, his contentious relationship with his father and the urgings of his family to pursue more lucrative career paths, dampened his musical ambitions. Trading in the rust of northern New York for the luster of Long Island’s gold coast, Lawson set his artistry to the side in pursuit of corporate life. Eight years later, saddled with student loan debt and weary from the relentless New York City grind, Lawson moved, on a whim, to Norfolk, VA.

In Norfolk Lawson found space and clarity. He could watch the sunrise over the Atlantic and the sunset across the Blue Ridge Mountains in the same day. In Virginia the music started to flow. Plain-spoken ballads with deceptively straight-forward lyrics. A mix of beautiful prose and raw realities, conjuring up the early work of Jason Isbell and the slow burning, sobering lyrics of John Prine. Lawson was soon singing these songs in breweries and bars across Virginia, working it out, making up for lost time.

A disciplined artist with a punch-clock work ethic, Lawson began building a reputation as one of the most prolific writers and performers in the area, and he quickly began securing notable slots at the Norfolk Folk Festival and providing opening support for The Steel Wheels, and Sons of Bill. Eventually, his songs reached producer Daniel Mendez (Noah Gundersen, The Native Sibling) who offered Michael a development deal and an invite to track a debut EP in Austin.

Returning to Austin, where Lawson spent childhood summers visiting his father, was cathartic. It had been 16 years since Lawson was last in hill country, and 16 years since he last saw his father’s silhouette in the back of a squad car, when the constant drinking and violence came to a head in the Texas night, ultimately leading to their estrangement. It was an odd place to return now that he was carving out a new life path, but it also felt strangely in step with the material he had written for his debut EP, Some Fights You’ll Never Win. He was reconciling his relationship with his father, there in the flesh, and in the studio, as he committed his highly personal songs to tape. It was a healing experience, coming full circle, continuing the lineage of musical craftsmanship that had run in his family for generations.

“It’s taken a long time for me to get to where I should have been going from the start,” Lawson reflects. But taking the ‘back roads’ gave him the clear understanding, as the songs on Some Fights You’ll Never Win attest, that the most important battles to dive into are internal. 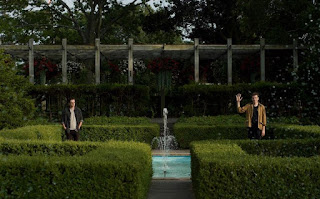 The Toronto-based jangle-pop quartet, Ducks Unlimited, are now airing their new cut ‘Get Bleak’ - listen here Featuring a contribution from Laura Hermiston of Twist, the track follows on from earlier singles that drew tastemaker acclaim on both sides of the Atlantic and will be followed with a date at The Garrison, Toronto on July 20 in support of Sacred Paws.

Drawing on the sounds of Sarah Records and Flying Nun acts like The Go-Betweens, The Verlaines and Field Mice, Tom Mcgreevy of the band says: “‘Get Bleak’ is a song about this idea that moving somewhere else is going to solve all your problems. It's something that I’ve heard expressed by a lot of friends in one way or another, especially as more and more people are getting priced out of cities like Toronto, New York and London.”

“There can be plenty of good reasons to leave the place that you're from or somewhere you've made your home for a long time, but I think there's this "grass is always greener" thing that in my experience, and anecdotally from people I know just isn't true. It's hard to move to a new place and you're still going to be you when you get there with the same issues and hang-ups, plus you're going to miss the people who care about you and they're going to miss you.”

Produced by Josh Korody (Weaves, F Up) and Shehzaad Jiwani (Greys), Ducks Unlimited’s early releases found the band opening for the likes of Weyes Blood, Rolling Blackouts Coast Fever and The Goon Sax. ‘Get Bleak’ is available via streaming services now and will be part of an EP set to be released later this year, additional live dates will follow shortly too. 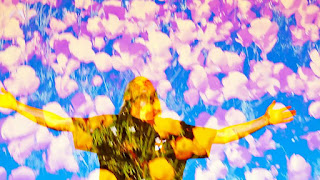 ""Rose Gold" was one of those rare songs that came in a flash — the entire song all at once, verses, choruses, lyrics, everything, all in one dizzying vision. I had just reconnected with someone I was totally in love with, so in that moment I was high out of my mind on life and literally anything and everything seemed possible. Basically I was in a headspace of 100% pure optimistic glee. I don’t experience that perspective very often, so I leaned into it hard and waddya know, out came this song.

So it’s sort of a rare one of mine in the sense that it is 100% positive, uplifting, and sweet natured. I’m not sure I have any other songs like that to be honest. For the music video we basically just ran around like idiots at Salvation Mountain (with some Super Bloom footage for good measure) in a similarly blissed out and frenzied-happy state. Shout out to my friends Joseph Kenneth, Glen Jennings, Frankie Latino, and Paige Elkington for helping me make it! Hopefully its Technicolor swirl broadcasts the same kind of mega joy I felt when the song showed up like some stupid happy dog psyched to take off running."

Rinehart is a Louisville, KY native who has, for the last 5 years or so, paid his dues bouncing around the usual bigger-city zones, finally settling on Los Angeles as home.  He was one of the original 10 founders of the influential Body Actualized Center in Brooklyn, and more recently threw shows at Basic Flowers, a DIY space in downtown LA which Ariel Pink co-funded.  Now on the verge of exiting the purgatory of grad school, Rinehart is currently in the process of releasing a series of singles (“Off On A Roll…” being the first), all of which explore the inscrutable ups and downs inherent to that age-old pleasure/torture device: love.