July 14, 2019
'In Motion' from AVA is a refined ambient soundtrack with a mixture of violin and piano that blend and flow together beautifully.

Clear shares 'Somnium' a dream pop track that exudes atmosphere, as the distinct vocals and layered sound-scape creatively merge together.

Our second feature this year for Davina and The Vagabonds this time with 'I Can’t Believe I Let You Go' another bluesy piece with some fine jazz vibes running alongside.

We have to go back over two years for our last song feature from Laughed the Boy however their latest track 'Sun' sees them still writing catchy indie rock and bodes well for their next album due in August. 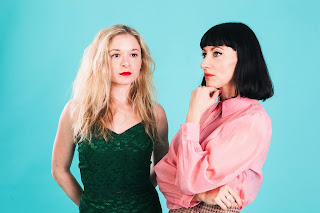 AVA is Anna Phoebe (Jorja Smith, Erland Cooper) and Aisling Brouwer – a duo who create ambient soundscapes based on intricate interplay between violin and piano. Both are professional composers in their own right; Aisling for film and TV and Anna for multi-platinum selling bands and artists, but it is through AVA that the pair carve out their own musical identity in collaboration with each other.

They have just released their debut album Waves on One Little Indian Records (Poppy Ackroyd, Manu Delago, Roger Goula, Gabriel Olafs, Amiina, Björk) – a deeply personal record, written for those looking to find solace in a world full of unrest.

Alongside their album release they also share a brand new video for single 'In Motion', and announce a string of dates with Erland Cooper.

As British residents born and raised in mainland Europe, the musicians started writing Waves with the Brexit referendum on the horizon. In the wake of the vote, the music became a search for common identity against a backdrop of uncertainty, expressed through their emotionally driven post-classical music.

Coming from mixed European backgrounds (Anna Phoebe is German/Greek/Irish and Aisling Brouwer is Dutch/Irish) and having each grown up moving around multiple countries, the pair respectively made Britain their home, meeting for the first time and writing together in 2015. “When Aisling and I started writing together, it was against this background of social and political turmoil – we were both trying to understand our identities within a country where we had built our lives” explains Anna Phoebe.

“The sessions we had together were an escape from all the noise. We would take breaks from writing and walk onto the beach, looking across the water at the outline of the French coast...discussing what it was to be European in a country where people had voted to reject Europe. All those mixed up emotions found their way into the music, exploring the complex layers of identity we all have — the layers of who we are and where we fit in.”

No strangers to a constantly changing surrounding environment, their relationship to the violin and piano-based pieces they composed together became one of emotional catharsis. Through AVA, they found their musical counterpart and individuality. 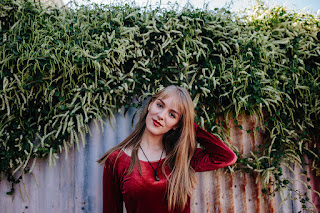 Somnium is the elevating debut single from Australian singer and songwriter Clear. The atmospheric dream-pop track encourages listeners to slow down and allow themselves to dream again.

“Somnium is an anthem for the dreamers. Our society can often discourage us from believing in the value of our passions, so the song is about being present— appreciating our collective human disposition to be idealistic, ambitious, daring and hopeful... about allowing ourselves to believe in our creative abilities, not stifling or dismissing them... to see the world around us as a smorgasbord of potential. Everything we have created was once pure imagination, after all... and to stay soft... open. To understand vulnerability is true strength. To bring back that inner child and remember our creative nature... to believe in it again.” - Clear

Somnium, Latin for ‘dream’, is about the freedom that can be found in allowing yourself to pursue passions for passion’s sake and chase ambitions outside the pursuit for material wealth. Clear’s honest lyrics meet the audience where they are at; stirring feelings of familiarity in the meanings, addressing the vulnerable nature of our human lives and evoking authentic emotional response. The song was self recorded by Clear in her hometown in rural Victoria and had been an experimental work in progress since 2017, July of 2019 will be it’s unveiling

Clear is carving a place for herself on the Fraser Coast performing at her local in Hervey Bay. In early 2019, she debuted on Triple J Unearthed with the simple and stripped back For You, Somnium the unconventional and ambitious follow up. Davina and The Vagabonds - I Can’t Believe I Let You Go.

SUGAR DROPS is distillation of bluesy barroom baritone and bravado, graveyard jazz grooves, and noir-ish confessional lyricism backed by boisterous piano, guitar, and strings. Eclectic, engaging and instilled with a deep respect and knowledge for the Great American Songbook, SUGAR DROPS is the actualization of longstanding intent for Davina.

“It represents about 100 years of Americana; I did exactly what I wanted to do,” she says.

Davina grew up in Altoona, PA, which she now describes as “awesome in the industrial era, but horrible for high school.”  She developed a heavy drug habit in high school, which morphed into heroin dependency, left her homeless, sent her in and out of jail, and brought on all manner of trouble. Kicking dope on the streets, she “got clean, started the band, and worked [her] ass off every day since.” 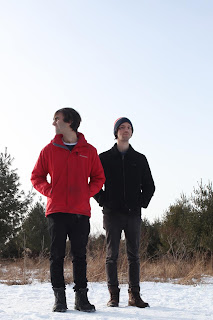 Laughed the Boy began as an outlet for honest and unpretentious 90’s nostalgia inspired songs. After splitting time between writing songs intended for video games and his own solo material, he decided to combine the two into one project when he went into the studio with his brother Sean to record their EP “Out of the Blue”.

The band’s catchy melodies and fuzzy guitar playing drew comparisons to artists such as Weezer, Sloan, and Pavement. The two brothers added bass player Brennan Hrehoruk to the lineup and began playing the songs live. While rehearsing for shows, the trio ended up with an album’s worth of fresh material and headed into the studio once again to record their debut full length LP Here is Fine released in 2017.

After a busy year that saw the band tour while also releasing 2 new singles, the trio slowed things down and took a patient approach to writing and recording their follow up album “Change of Scenery.” Working with producer Dylan Frankland, brothers Chris and Sean spread recording sessions out over 5 months, crafting each song to represent a different mood while adding new elements such as piano and violin. “Change of Scenery” will be out August 9th. 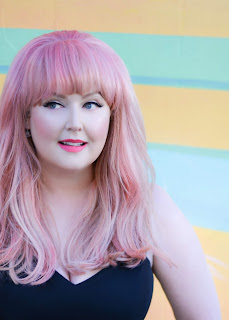 Katrina Parker knew from a very young age that music was her calling. Swinging in her backyard in rural North Carolina, belting Patsy Cline at the top of her lungs, she felt connected to the pure joy of expression and knew it was something she was meant to do. “Music was total catharsis. It provided me both a means of escape from the world around me and a way to connect to the people around me - something lifesaving for a painfully shy, awkward kid,” Parker remembers. This love of music carried over into her teenage years and young adulthood.

After a move to LA where she worked on honing her songwriting and playing live whenever and wherever she could, Katrina found herself on Season 2 of NBC’s The Voice where she progressed into the top 8 contestants, gaining thousands of new fans and glowing nods from LA Weekly and Rolling Stone. It was a whirlwind experience that ended abruptly, leaving Parker to check off all the post-reality competition boxes. Red carpets and TV appearances became the norm, but the busier she became ‘maximizing’ her opportunity, the further away she felt from what made her love music in the first place. Her full-length album, In & Out of the Dark, was created in the turbulence of this period. “I was overthinking the entire thing, working from my head instead of my heart and missing the mark,” Parker reflects.

Feeling buried beneath the trappings of post-reality TV, Parker abruptly cut ties and stopped her promotional appearances. Her focus shifted to developing a sense of normalcy and reconnecting to that original spark, taking time to remember why she started singing and writing in the first place. The image she called back was from her childhood - swinging in the backyard, singing her heart out all by her lonesome, bathed in the natural reverb of her rural surroundings, doing exactly what she was born to do. She continued to cultivate that feeling and began writing again, this time with a clear touchstone for why she was making music.

Parker’s new album, Stars, reflects the duality of a childhood spent in rural North Carolina and an adulthood in LA, shifting between sinuous Southern roots and starry Laurel Canyon magic. Parker describes it as “Sparkling Desert Pop/Folk with a lot of warmth, a little bit of magic, and a touch of banjo.” Producer Josh Doyle of 3 Theory Music knew it was important to not overwhelm the songs with ornamentation, leaving Parker’s rich and tender voice front and center. The resulting recordings are clearly made from a place of confidence, channeling the clear-eyed nuance of Gillian Welch, the emotionality of Hozier, and the deep-rooted Americana of Over the Rhine.