July 15, 2019
We have a couple of tracks from Madame Psychosis namely 'Crashing Down' and 'Kapow'. The bands mixture of indie rock and alt pop is very impressive, whether they are performing more melodic and refined pieces such as 'Crashing Down' or full on rockers like 'Kapow', they give every song their all, and do so with considerable class. 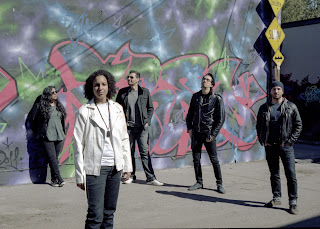 The band released their debut album in June 2017 and received a positive response. Most notably, the single “Space Motorcycle” cracked Alan Cross’ Top 11 Playlist. The album was also featured on 94.9 The Rock FM‘s artist spotlight, Generation Next, in May of 2018. Four songs from the debut album were showcased, including “Space Motorcycle”, “Run”, “On Top of The Game”, and “Mellow”. The band supported the album by performing at venues across Toronto, including at the legendary Opera House and The Horseshoe Tavern.

Madame Psychosis is now working on new material for their upcoming album. They released the “soaring” single “Crashing Down” in May, 2019 ahead of their two showcase performances at Canadian Music Week 2019. They also released a music video for the single. “A song that takes the listener on a poetic journey”, “Crashing Down” is the followup to “Just Wanna Be Myself“, which was released in January as the lead single. The band performed the song live on Global News’ national broadcast of The Morning Show. 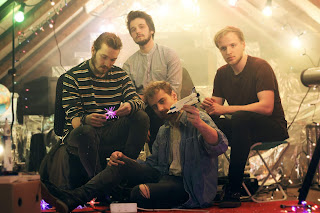 Smoking Alaska - Bring Me Back a Souvenir (E.P).

Smoking Alaska is a dutch indie-rock band that takes inspiration from bands like Nothing but Thieves and Foals. 'Bring Me Back a Souvenir' is an EP with the overarching theme of getting out of your confort zone.

We want the entire EP to be listened to as much as possible so any of the 7 songs can be featured in playlists/blogs. For convenience sake I'll just be focusing on the opening track of the EP called 'Sirens in the Sky'.  'Sirens in the Sky' is about dealing with anxiety and panic-attacks and how those things can affect your relationship aswell. It's an energetic indie-rock song with a lush guitar sound and a melody that swings back and forth.

Dreamy guitars changing into warm distortion by Thijs, extensive bass riffs with a deep sound performed by Frank, a tight drum by Wiebe and a unique voice from Alex that come together to form a whole. Smoking Alaska knows how to create a good atmosphere with their huge variety from soft melancholic songs to hard alternative rock. The foursome, who describes their music as indie/alternative rock, has been active as a band for over 5 years.