July 13, 2019
Jasmine Rodgers has shared a live video recording for 'Underwater' featuring Scott Matthews. It's a refined modern folk song and this production really is quite special.

Rod Picott has a voice just made for intimate Americana music as is witnessed with 'Mama's Boy' where his raw and personal vocals are so engaging.

Folk rock (perhaps with the emphasis more on rock) comes in the form of  'Ladidadida' by Union Duke a vibrant and hook laden song from beginning to end.

Two new singles for the price of none as Mercvrial share a couple of videos for 'Carnival' and 'Otherworld'. There both from their upcoming EP 'The Stars Like Dust' and the band deliver some fabulous shoegaze mixed with dream pop. 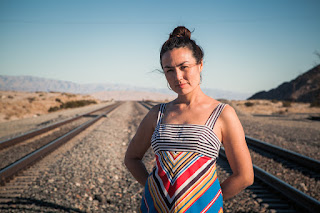 Jasmine Rodgers releases Underwater, a live recording made at Kore Studios in May. Featuring Ivor Novello Award winning Scott Matthews, Underwater also features Danny Keane on cello. “I wanted to capture us all together in one room because I think the energy is different and more intense. I’ve been fortunate enough to support Scott on his last tour and I knew it would be really fun to do this. It’s a song with deep meaning for me and both Scott and Danny got it.” Filmed by Pavel from Ropo Films, the video is available to see here.

Jasmine Rodgers is a London born musician of mixed parentage and says this has nurtured a deep love of many different genres. Her solo shows feature her complex guitar picking styles and intricate vocals, effortlessly veering from folk to rock music, which is why Ivor Novello award-winning musician Scott Matthews invited her to support him on his latest tour (last one NCEM, York, 25th Jan 2019). Her song ‘Follow You’ was recently featured on Fatea Magazine compilation.

Her solo forays take her to more folk based territory, and last August she travelled up to Shetland to perform at a sold out show with Jenny Sturgeon (Jenny Sturgeon Trio, Salt House). Jasmine also has a solid fanbase in the Japanese anime world thanks to her work as frontwoman to British rock band Boa, who wrote and performed the soundtrack to award winning anime Lain Serial Xperiments.

Jasmine is currently working on new material set for release later this year and her recent collaboration with Scott Matthews and Danny Keane has culminated with a live video recording at Kore Studios. 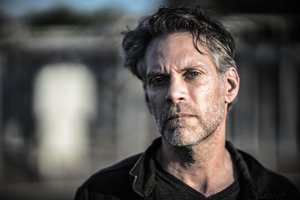 Rod Picott's brand-new album is Tell the Truth & Shame the Devil. Many of the new songs were promted by a heath scare that rattled Picott through the winter of early 2019.

Fact is, physicans don't make telephone calls at night. If they do, you take it seriously.  "I've already called in a prescription," the doctor said when he called Picott one evening. "They're waiting for you. Your heart is about to either A) seize up or B) jump out of your chest and it will be messy. You don't have enough paper towels if B happens."

It took several weeks to chase down the devil causing the heart issue during which time Picott also underwent back surgery. In the end, the sum of his health issues informed Picott's new album profoundly in both the writing and the recording.

Along with hiis modest recording gear, Picott set about making an album as honest, raw and uncontrived as his spine would allow. Tell the Truth & Shame the Devil opens the door even wider on his typically vivid vignettes. 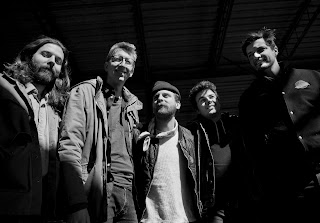 Webster’s Dictionary defines “Union Duke” as a raucous collision of alt-rock and twang, bringing crowds to their feet with songs from the heart.

Soaring harmonies, driving rhythm, and infectious enthusiasm have seen these five guys from youth to young manhood. With three albums, countless festival stages, and hundreds of thousands of kilometers in the rearview, the band is excited to be touring new music, filming videos, and winning new fans everywhere they go.

In the two years since their last record Golden Days, Union Duke has been steadily travelling and unravelling across the country, and they’re ready to share the lessons they’ve learned with a slate of new music. In the coming months, four new songs of love, distance, heartache and revelry will be finding their way into your ears, eyes and hearts.

International collective Mercvrial release not one but two singles - "Carnival" and "Otherworld". Both come from the band's upcoming EP The Stars Like Dust out everywhere on August 9th.

Mercvrial is an eclectic group with shoegaze and dream-pop tendencies that imprint on the sounds of Ride, Slowdive, The Chills and other artists of the like that they embraced during their formative years. On their new singles - “Carnival” and “Otherworld” - we hear thick guitar beds provide backdrop to atmospheric vocals.

Their accompanying music videos take on inspiration from Rain Parade’s “This Can’t Be Today” and Prometheus respectively, using vintage footage of carnival and sci-fi scenes. The videos also nod to VH1’s TV show Pop-Up Video, where brief pop-up factoids and comments of the band and visuals appear throughout.

The Stars, Like Dust - the new EP from Mercvrial takes its name from the Isaac Asimov work of the same moniker. It explores the size and significance of human beings on a big rock hurling through space and the ensuing feelings of existential bewilderment. The Stars, Like Dust will be available on all platforms August 9th. 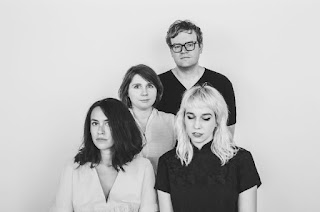 Rose Ette debut new first video "Skin" from their debut album "Ignore the Feeling" (Miss Champagne Records). “You said you were ready to listen, didn’t you?” Oh get a grip, he replied, keys already jammed in the ignition. I thought you meant something serious. He revs the engine up, neck bowed toward the wheel, not at you. Nu-metal blares from the radio and squashes the silence.

What good is rock and roll without a love story? Even in 2018, among the uneven power struggles and problematic dudes, someone is going to look across the room at someone else and wish they could stand over there, instead of standing here alone. Pretty basic aspect of the human experience, yeah? But somehow, though we can define our political stances in unambiguous terms, our affection remains a mercurial subject for words. On some days, it’s easier to argue with a GOP granddad over the existence of global warming than to face that someone across the room and tell them just what magnetic force draws you near.

“Oh, boo hoo,” say the stable, the pairs coupled in high school, the loveless bachelors in IT. But in the realm of Rose Ette – ostensibly modern-day Houston, spiritually Olympia or London from two or three decades back (respectively) – the mental hurdles that block both parties from honest and true bonds are real struggles worth fighting for. With their proper debut Ignore The Feeling, our four romantics (led by singer/guitarist Teresa Vicinanza capture those challenges in a bell jar; even manic obsessions and unwanted stalkers shine with the opal glow of Lush, or Camera Obscura, or any of your favorite C86 tapes from your lost (or invented) youth.

Don’t let these bottled sprites deceive you, though - even with the sweet perfumes of girl groups and C86 tapes long gone, Rose Ette still bear claws. Three years ago, their first EP Jungle featured the unpolished diamond of “AH AH”, a shredded telegraph from a much murkier garage (and, admittedly, a completely different crew). That tempered snarl still comes out here on “Awake”, a hefty slice of Speedy Ortiz-sized fuzz to remind everyone that the battle’s not yet over: “I’m awake, but I’m running out of time.” You can’t stage a head-on assault when old enchantments still grip the blade, after all.

Mind you, Rose Ette can fire back with charms of their own when they take the stage. Back in August, the gang picked up a limited run of Ignore the Feeling LPs before their day show at Athens Popfest. Right after their blissful set at Little Kings Shuffle Club, folks piled up at the merch table for a copy, and the line backed up to the patio. Our protagonists have allured many a crowd in the past three years, jumping on bills with Deerhoof, Fred Thomas, Dressy Bessy, and La Luz, to name a few. Like a heart possessed by either desire or stress (or both at once), these illusionists don’t stand still.

Of course, all love-weary prose aside, Ignore The Feeling simply snaps a deceptively rosy thumbnail of a band in flux. And while Rose Ette might stand up for the silenced lover, don’t expect Vicinanza and her crew to soften their own voice any time soon.