July 05, 2019
Heavy Heart have a new release entitled 'Cry Ice'. Combining melodic dream pop with hints of alt rock that gradually builds, this is a gently paced track that begs for a second listen.

'Year Of Rage' by Deux Furieuses is a high octane rocker that packs emotion and power as this duo combine to create some potent rock and roll.

The Ghosts have shared 'We Lie To Ourselves' accompanied by an imaginative video that works so well with the song. Musically there is a fresh indie rock feel, it's no surprise that the band are attracting plenty of attention.

This is our second Curse Of Lono 'Live at Toe Rag Studios' feature, last month we shared 'Blackout Fever' and they return now with 'I'd Start A War For You', which is another refined and mellow Americana styled song. 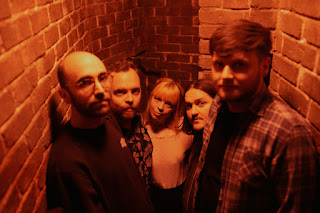 Forming the final part of the band’s 2019 trilogy of singles, mixed and co-produced by Grammy Award-winning producer Gabe Wax (The War On Drugs, Palehound, Soccer Mommy). Cry Ice frankly and unflinchingly documents the breakdown of vocalist Anna Vincent and guitarist Patrick Fitzroy’s 7-year relationship. Whilst there is pain and sadness underpinning all three tracks, the message is one of bittersweet happiness; that what is left after everything has fallen away is friendship. And music. Always music.

Widely touted across the airwaves courtesy of BBC Radio 1’s Phil Taggart and BBC 6 Music’s Steve Lamacq, the rising quartet have become well-known for their dynamic and atmospheric live shows with slots alongside fellow emerging acts Another Sky, Big Spring and Honey Lung already ticked off in recent months.

Speaking on the ideas behind the track, the quartet stated: “Cry Ice is about the end of a love affair; the glacial, slow, final moments of it all. Specifically, the song is about two people dying together on the side of a mountain, frozen forever just out of reach of each other”. 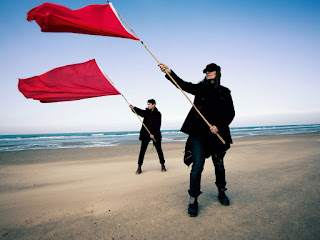 Newly signed to Xtra Mile Recordings, the ferocious punk duo deux furieuses have announced the release of their new album ‘My War is Your War’ (18 October 2019), the long-awaited follow-up to their critically acclaimed debut album ‘Tracks of Wire’ (2016).

Following its first play on John Kennedy’s Radio X Xposure show last night, Year of Rage - the first single to be taken from ‘My War is Your War’ -  is released today and available across streaming services and as an instant free download on all album pre-orders here.

Year of Rage was penned on New Year’s Eve leading into the centenary of Votes for Women and celebrates the #MeToo movement. Its accompanying video features art direction from both Jimmy Cauty (The KLF) and Alannah Currie (ex-Thompson Twins aka Miss Pokeno), with the latter also making a cameo appearance in the video. Currie’s Feel the Rage blog inspired the red flag imagery on ‘My War is Your War’ album artwork. As deux furieuses expand:

“We are honoured to have artists/musicians Dan Donovan and Jimmy Cauty (The KLF) behind the lense for our new Year of Rage video. Artist Alannah Currie (Thompson Twins) and Jimmy Cauty opened up their Doyce Street studio to us providing art ideas, inspiration and red flags!”

deux furieuses are Scottish vocalist and guitarist Ros Cairney and London Greek drummer Vas Antoniadou. Since their beginnings in 2013 they have earned a reputation for uncompromising politically charged rock which has seen them championed by the likes of Q Magazine, Classic Rock, Louder Than War, and Radio X DJ John Kennedy, whose enthusiasm caught the attention of Frank Turner leading to the duo supporting him at the Roundhouse, London for Lost Evenings Festival 2017.

Raised on a fiery blend of Irish and Greek music, 80’s post-punk and 90’s alt rock, and bonding over a love of early PJ Harvey and Kate Bush, their music is a visceral and impassioned call to arms against the world’s inequalities and rising storms.

‘My War is Your War’ lyrically and musically expands on their debut album ‘Tracks of Wire’. It takes the post-punk and Riot Grrrl influences of the predecessor and injects it with a darker rock sound, an angrier sonic energy representing the alarming rise of social injustices and right-wing power since the debut’s release.

The Ghosts - We Lie To Ourselves.

The Ghosts formed when Alex Starling (Ou Est Le Swimming Pool) was introduced to New York trained jazz drummer Ian Palmer. They began to work with Alex Sharman and Dan Whiffin on what would become their debut album ‘The End’.

Written and recorded in two months the album received rave reviews in both the UK and abroad. The band signed deals in the US, Canada and Russia and began to tour extensively over the next few years.

After a break for Alex to work on writing projects and for Ian to perform a series of sell out concerts alongside legendary drummers Steve Gadd and Benny Greb, they have returned with ‘We Lie To Ourselves’. The single was mixed by Eduardo De La Paz (Arcade Fire, The National, Florence and The Machine).

The video for the single which features an animated mouse taking action against a prey-killing, corporate machine run by cats, has been nominated for the McLaren Award at this year’s Edinburgh International Film Festival. 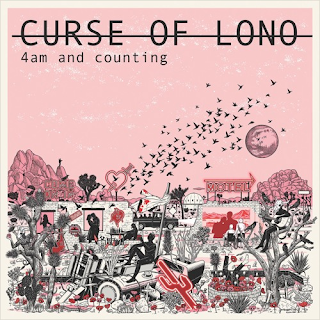 Curse Of Lono - I'd Start A War For You (Live at Toe Rag Studios).

Curse of Lono release new single I’d Start A War For You, taken from upcoming album 4am And Counting, recorded live at Toe Rag Studios, due out on July 12th. I’d Start A War For You was recorded with Grammy-winning producer Liam Watson (The White Stripes) and features a guest appearance from legendary pedal steel player BJ Cole.

Curse Of Lono’s forthcoming album '4am And Counting' consists of 11 mellow, rootsier versions of tracks off the band’s first two albums, recorded live at Toe Rag Studios in London with Grammy-winning producer Liam Watson (The White Stripes 'Elephant'), and mixed by Oli Bayston (Boxed In).

“We wanted to capture the vibe we get when we're jamming late at night,” explains frontman Felix Bechtolsheimer. “So we booked a couple of days in the studio, invited a few friends down and pressed record. Toe Rag Studios is an incredible place. There are no computers. There’s no technology to tempt you. We just played everything completely live like we do when we’re messing around in our rehearsal room, so what you hear is exactly what was played.” 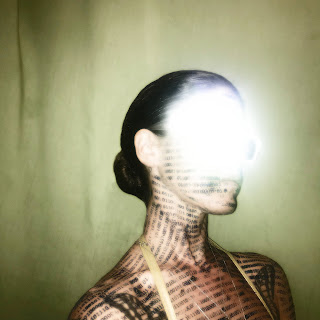 In these times of many changes, URANUS considers the strain and repose of power which balances all things. The common English language word, power, refers to four quantitative properties of physics: energy, work, force, and power. In common use it is synonymous with strength, energy, electricity, vigor, and domination. A boundary between time (t) and energy (E) it is also the product of their division (P) and the great scale by which their separation is measured. How shall we manifest these interactions in our social and physical spheres from the atomic scale to the cosmogonic? F=ma, W=Fs, E=mc2, P=E/t so E=tP and t=E/P.

"Oh! What A War" from MARS / Four Satellites Vol. 1 by Earth Girl Helen Brown (Empty Cellar Records / In The Red) Recorded in Los Angeles by Ty Segall and Heidi Alexander:

Oh! What a War is a production of the Earth Girl Helen Brown Center for Planetary Intelligence Band (E.G.H.B.C.F.P.I.B.) with video synthesizer footage courtesy of Lefty Rybrow (Ryan Browne). The narrative is intended to provide a brief history of American armed conflicts over a 500+ year history however many armed engagements of the United States are not accounted for in this story nor are they in the common historic record. These blank spots are the result of numerous forces influencing the telling of history including discrepancies in the classification of such conflicts as war/not war such as the current global network of US special operations forces and any number of past conflicts funded by the American taxpayer without any official declaration of war.

The 12-year long Cold War-era civil war in El Salvador which claimed 75,000 lives with heavy backing by the Carter and Reagan administrations is one such example of a serious foreign engagement that does not make the official roster of American wars. If your war was not included, we apologize. For those offended by the content of this story please note that the raw timeline and subjects of this narrative were drawn from the common informational sources below. We hope that the lyrical suggestion that there is “really nothing left” of the American Indian does not offend those American Indian populations surviving and thriving today.

This is a lyrical device meant to reflect the relentless and brutal force of the US Military assault on the American Indian in a series of conflicts which dominate the early history of American war from 1775-1923 and which are regarded by many historians and academics as being genocidal in nature. We single out top military contractors as complicit as it is only those individuals and organizations that make war their business who profit off its propagation.  All others pay. We believe in peace.