July 06, 2019
The second single from the forthcoming album by Touch the Buffalo is the title track 'Heart Is For', where the alt rockers deliver a sprightly and beautifully produced song.

Vilde returns for a third time this year with another notable song entitled 'Through The Fallopian', the vocals are once again a dominant focal point, however the musical backdrop adds some real depth to the track and the video takes that even further. Touch the Buffalo - Heart Is For.

“Heart is For” is title track, and the second single to be released off of Touch the Buffalo’s upcoming album, “Heart is For”.

Band Bio: The DC-Based indie rock band, Touch the Buffalo, is a wild, heart-pounding circus of sound. Their live shows are electrifyingly fun – the raw energy of their sound and catchy melodies may cause fits of dancing.

Since their debut show in December 2016, Touch the Buffalo has released a three track EP, entitled “Ulrich”, they’ve played festivals with headliners such as Good Charlotte, Gin Blossoms, Sugar Ray, and Jimmy’s Chicken Shack, and they’re set to release their first full length album in the Summer of 2019. 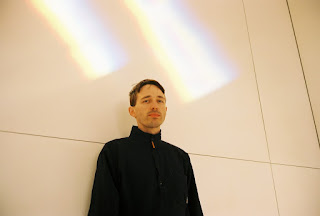 Vilde - Through The Fallopian.

I was born and raised in Melbourne, now I live in Stockholm. I played in a lounge-pop band as a teenager for a few years in Australia. Big limitations on creativity. Pop focused. Had a good time for a few years, got airplay on national radio & won some lame awards that were apparently prestigious. Got quite boring though. So I started Kins. A 4-piece rock band, with ideally no concept other than “no more creative limitations”.

Which of course is a farce - there’s always creative limitations of some sort. In essence I’d just swapped them out for some fresh, new and fun limitations. That spent a few years morphing from a solo project into a band which we all came to hold dear. Eventually it had run its course & we moved on to other things. So I started Vilde. Still aimless of course I decided that a fun course of action would be to release one album per year.

Which brings us to the fallopian. This is single #3 of album number 3, here’s a few words I had to say about it. “From fetus to adulthood, our options expand. These days it's overwhelming just how much choice some of us have. It can be a strong catalyst for the manifestation of FOMO & apathy. I think it's important to consider that and to take an active mental step against it. 'Through the Fallopian' is emoted upon that, it's a song of optimism and love.” 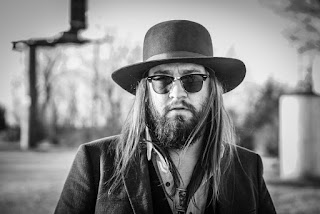 After living in Austin, Texas for over a decade now, Arkansas Dave is now finding his stride. A year after the release of his debut album, Dave finds himself writing for his sophomore record and road testing his new material. 2018 proved that this rising talent made his indelible mark in Americana and Roots rock music.

Gracing the stages of the world-famous Montreux Jazz Festival in Switzerland to AmericanaFest in Nashville to SXSW in Austin, Arkansas Dave is looking to his future and how he plans to use the momentum he has gained since his debut.

“2018 was a good year for me. I released my debut album, toured across Europe for almost two months and gained memories & experience that has forever changed my outlook on my career. It’s given me more inspiration to write songs that really connect with my audience. After playing my record live, I feel that I need to add more originals to my set; so, I’m focused on writing new material that I can include in my live set – and towards the next record.”

In between playing shows and writing new songs, Dave has crafted his second official video from his eponymous debut album for his song, Diamonds. The video echoes the same warmth and nostalgia the song proclaims during the journey of the story. Shot on his property west of
Austin, Dave showcases his more sentimental side in this film. “We shot this video all in one day. Starting at the studio my wife and I have downtown Austin, then traveling out to our property close to Lake Travis. This is a very personal song for me, so I wanted to capture a different side of my personality; and shooting this video in my most comfortable environments really help set the tone of the film. I really enjoyed filming it.”

Arkansas Dave is back in the studio with plans on releasing individual singles while working on his next record. Cutting his first record in Muscle Shoals, Alabama at the renown FAME Recording Studios with the legendary Swampers; Dave now has the ability to record his second
album in comfort at home in Big Indie Studios in downtown Austin, Texas. With new music coming soon, you can expect good things from an invigorated, inspired songwriter looking to expand his sound and audience.

Gearing up for another set of shows in the UK next month, Dave will be in rare form performing solo in different intimate venues. Known for his high energy blues-rock shows with his band, Dave will be showcasing his songs this tour in the same way he wrote them – with only his acoustic guitar.