July 03, 2019
Chloe Foy makes her third appearance on Beehive Candy with 'Without You'. Her ability to write, create and perform beautiful folk songs remains intact, the latest piece once again demonstrates this. In just one word I would describe her music as stunning.

From A Permanent Shadow we have 'Empty', a quirky, enjoyable and psych drenched song, with a suitably matched video, this one is very catchy.

The Porgy and Bess classic 'Summertime' is given a thoughtful reworking by Sandra Andreis a modern version without taking away the originals class, and it's accompanied by a intriguing video.

Cleargreen latest song is 'People' a bright and fresh sounding indie rocker, that is full of some rather deep digging hooks. 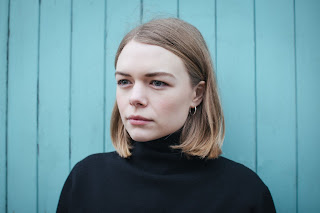 Chloe Foy - Without You.

Chloe Foy writes a brand of melodic, homegrown music, bursting with colourful, lyrical and textural inflections evocative of much of the music she loves. Taking inspiration from classical music as much as wider transatlantic trends in folk and indie, Chloe’s songs comprise of carefully constructed arrangements that delicately compliment her cryptic lyrics.

Having performed at SXSW, Chloe has captured the attention of rapidly growing UK and US audiences. With the release of her singles ‘Asylum’, ‘Flaws’, and ‘In The Middle Of The Night’, she has accumulated over 9 million plays on Spotify, as well as earning the praise and airtime of the likes of NPR Radio’s Bob Boilen and the BBC’s Steve Lamacq. She has just been named a 2019 BBC Introducing “One To Watch” by Radio 3’s Late Junction. She spent summer 2018 touring in support of the mercurially talented Jesca Hoop (as well as singing backing vocals in Jesca’s band), before embarking on her first ever UK headline tour in the Autumn.

With her strikingly beautiful voice and emotionally direct songwriting, Chloe looks set to have an exciting 2019, with a debut album in the pipeline, a headline spring tour and a string of major festival appearances, including Green Man, already confirmed.

Talking of the new single, she says, "Without You is a song about grief and the loss of someone close to depression. So it talks of the struggles of the person who passes away and then couples that with the exploration of grieving and how it changes from being the worst thing in the world one minute, to possibly seeing the light at the end of the tunnel in the end, and how grief changes with the seasons. This was written a long time ago when I was very new to the grief and I’ve always played it live but never found the right setting for it on record. However, I recently re-imagined the arrangement and it’s taken on a new life." 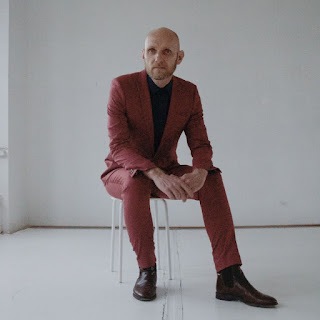 "Empty" is the debut single from Barcelona-based band A Permanent Shadow. With gnarly guitar riffs and new-wave nuances, the single pays homage to generations of misfits: from glam-rock icon David Bowie to eclectic synth-maestro Gary Numan. The song itself questions at what lengths will we go to in order to keep a relationship alive. When is it time to walk away?

Renowned short horror movie director Dani Moreno captures the concept of attraction-rejection using two dancers: one wearing black and one wearing white. Simplistic, yet effective, the characters push and pull until one finally gives in, fading into the background. CP, on the other hand, is scrutinised under the watchful eye of two doctors.

In reality, he’s strapped to a hospital chair, while in his mind he’s transported to a psychedelic journey through space and time. Lights and sounds literally explode from his brain as one side shouts to the other, “Empty!”.

A Permanent Shadow. A name that refers equally to areas of the moon untouched by sunlight, the after-effects of nuclear disaster and human skin peculiarities, for the band’s founder and lead singer, CP Fletcher, it represents melancholy, nostalgia and other sentiments usually traceable on the darker side of human life. 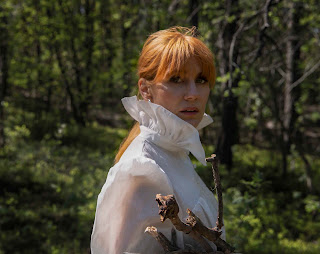 Place a trip hop-esque soundscape in an episode of David Lynch’s Twin Peaks and there you have it – Sandra Andreis’ debut solo release, “Raising My Standards”: a set of updated jazz standards transformed into modern fighting songs for equality.

The first single “As Time Goes By,” a reworked version of the classic tune from Casablanca, was released on International Women’s Day (March 8th), and it was met with much acclaim in her native Sweden. The second single, "Summertime" was released on June 14th and is now followed by a poetic music video set in Morocco and Sweden.

“Summertime is such an iconic song from Porgy and Bess with deep roots in American spirituals and has been standard fare for decades and across generations. Updating it at a time when human rights, and specifically women’s rights, are once again being put to the test, in a way I had hoped I wouldn’t experience in my lifetime, feels important. My fight to ensure my daughter will never be forced to endure these inequalities continues.”

Andreis, more commonly known for her work as an actress in both film (Venice Film Festival award-winning The Reunion) and television (European hit series The Sandhamn Murders), describes her journey of creating this EP as a personal face-off with the gender norms pervading so much of music, especially the jazz of her youth.

“Just like children’s books and laws, music needs to be updated. Summertime is one of the most beautiful lullabies I know, and my version draws from the pure, raw female power that has born and bred generations.The original is sung by a woman comforting a child that isn’t her own, wishing for her to grow up under the best possible circumstances free from oppression.“Your daddy's rich and your mama’s good-looking.

My reworking of the lyrics is simple but effective – a woman is no longer reduced to her looks, taught that her appearance is crucial to her survival. I also grant the child in the song a voice, allowing her to demand attention.That constant and complex exchange between parent and child – to nurture and be nurtured.The difficulty in adapting to various roles over the course of a lifetime. There is something both beautiful and heartbreaking in that tension.” 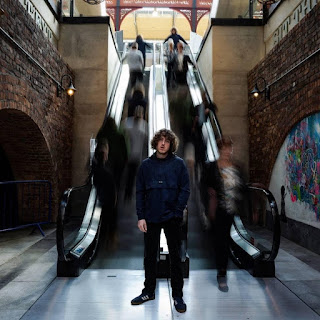 Cleargreen is powered by a formidable young song writing partnership between Ali Staley (Vocals/Guitar) and Liam Mciver (Vocals/Bass) alongside two of the northwest’s most complete musicians in Josh Haworth (Lead Guitar) and Mike Wilcock (Drums).

With this unrelenting line up Cleargreen have started to cause some rumblings across the North and pricked up ears both abroad and down south in that there London. This band is a perfect combination of big songs and big musical personalities, always striving to uncover the classics of tomorrow. Having been listed Fred Perry's Top Manchester Bands you need to hear, as well as huge home town shows at Manchester 02 Ritz and a 500 capacity sell out at Rebellion, this band are going beyond. A list of summer festival billings keeps mounting as Cleargreen begin to feature on the biggest of stages more often than not now.

After the success of their last release, new single 'People' takes things up another level once again. The track talks about duality within people, the good and bad, and that people aren't necessarily one or the other. It also shows how we desire better lives for ourselves and how we are influenced by the people around us for better or worse. Musically it shows the bands strength to create strong hooks and melody lines and big choruses, borrowing from their influences of 60s Pop and recent bands such as 'Sticky Fingers' and 'DMAs' to make a shimmer piece of modern guitar pop.

The band are young and were started in 2012 by Ali and although there have been many line-up changes. The dynamic of the band completely changed properly in 2016 when Liam came into the fold and took on some of the song writing duties, giving the band twice the ammo. 2018 saw the addition of Josh and Mike as this line up finally finds its most symbiotic version upon which a really great English band may just be able to surface to the top again as has been the tradition of northern English bands from The Beatles in the 60s through to Oasis in the 90s and Arctic Monkeys in the 00s. 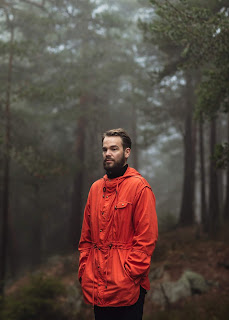 Jens Carelius - All I Know / Lay Me Down.

Jens Carelius has shared a new single, "All I Know", that is taken from the upcoming album entitled "Opsi" that is due for release on September 13th via Jansen Records. The album is named after his great-great-grandfather Fritz "Opsi" Doerries, the entomologist, and was inspired by his travels through Eastern Siberia in the late 1800s.

Behind the entrancing swirling synths there lies a deeper meaning within the lyrics of the song, explains Carelius: "‘All I Know’ is about how we choose to spend our short time on this earth.

The song starts with the clicking of a clock, as I wanted Opsi’s life and his own search to echo how we all live today, which is a totally different world than his. Opsi spent most of his life searching for something unknown and unseen. Never for the fame of it, purely driven by his genuine love for nature and wildlife."

The first taster of the record came in the form of opening track on the album "Lay Me Down". Carelius explained the meaning behind the song:

“During Opsi’s 22 years in Siberia, he had several visits to Germany, and the diary reveals details of a hidden love story that I’ve chosen to explore in this song. When you really miss someone, you forget about any trouble, pride, and drama that being with them stirs up. You just want that person and that love to be there, even though you know the ordeal it could bring.”