Kacy & Clayton have just released 'The Forty-Ninth Parallel' as a taste of their October scheduled album 'Carrying On'. Their ability to mix genres with class is demonstrated here, it's Americana and more!

Rebecca Binnendyk shares 'Brick By Brick' a stylish contemporary pop ballad with something of a classic feel, her gorgeous vocals and refined musical backdrop are splendid. 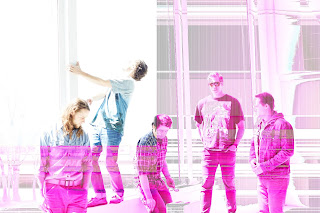 "Smoke Jumper is a floaty, high-powered jam where listeners will feel swept off the ground by a strong breeze. "

The  band  finds  its  source  in  a  deep  pool of midwestern  music,  drawing  on  theabstract  side  of Bob  Dylan's  songwriting  and  lofty  sonic architecture  from  the  likes  of  12  Rods,  Fat  Kid Wednesdays,  Tiki  Obmar,  and  Halloween, Alaska.  The  group  has  shared  the  stage  with  many, including  LA  indie  rockers  the  Local Natives  and  Duluth-based  Trampled  by  Turtles,  and continues  to  collaborate  closely  with Minneapolis-based  engineer/drummer  Brett  Bullion. 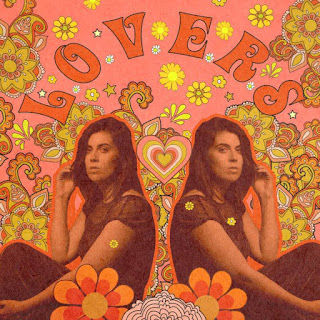 I’m an independent singer songwriter based in the Surrey Hills who bakes, busks and looks after a dog, 6 chickens and 3 ducks when I’m not writing and performing punchy alt-pop songs. “L.O.V.E.R.S” comes out today along with a B-side called “On Loop”. “L.O.V.E.R.S” a brassy, sassy squeeler of a song, will have you chanting about your desire for a fickle hook up in no time.

I have had a lot of support for the track from BBC introducing with multiple radio plays and a live session on the 17th July along with other local radio support.

With her heart in the past and her eyes on the future, Bryony’s glistening left of centre pop music bristles with energy from across the solar system. The young songwriter’s thoughtful commentary on life, love and 21st century online existence was first explored through her debut EP Full Bloom and is now continued with the imminent release of her new single L.O.V.E.R.S.

Growing up in the countryside of the Surrey hills, immersed in her parents eclectic record collection, an untameable passion for music was ignited by the fires of Coldplay, Genesis, Fleetwood Mac, Kate Bush and Paul Simon. Bryony’s comfort zone was singing in school choirs and shows and one day as if pre-ordained, she was compelled to sit at the out of tune piano in the family dining room and start writing songs.

L.O.V.E.R.S is the current incarnation of a sound that is constantly evolving and mutating. The pop heroines Lorde, Taylor Swift, Florence and the Machine and Christine and the Queens are currently burning in her mind as she writes, records and performs her zesty new music. 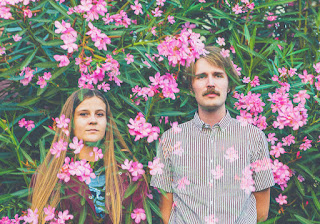 The music Kacy & Clayton make is inextricable from where they grew up.  The second cousins sing about the kind of people you’d find in Wood Mountain, Saskatchewan (population very few).  Their sound is equal parts homespun, coming from a family and community where playing music is an ever present part of social gatherings, and the rare country, blues, and English folk rock they obsess over and collect.  It’s an arresting amalgamation of psychedelic folk, English folk revival and the ancestral music of Southern Appalachia.  For Carrying On, Clayton cites as influences: Bobbie Gentry’s Delta Sweete, Hoyt Axton’s My Griffin Is Gone, Cajun fiddle music, and the steel guitar of Ralph Mooney, who played on many of the records that defined the Bakersfield country music scene of the 1950s.  Sixties psych has also woven its way into these new songs; Kacy enjoys telling people that they live 250km from the mental hospital that coined the term “psychedelic.”

Having toured almost nonstop for the last two years, Carrying On was conceived and honed on the road and recorded immediately after a jaunt across Western Canada, mostly as live takes with the minimum of overdubs.  The songs having been tried and tested before audiences each night with Kacy & Clayton offering, “This album has, by far, the most intense and confident performances we’ve ever done on record and I hope that intensity will be felt by the listener.” 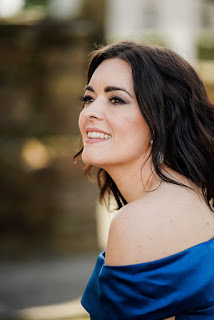 Adult-contemporary pop artist Rebecca Binnendyk is on a mission to use her songs for greater good.  The Canadian singer-songwriter, who has delivered medical supplies to the Maasai tribe and taught sex education and music to young people in Uganda, plans to pair the promotion of her second album, I Don’t Belong To You, with raising money for Plan Canada,  a global organization dedicated to advancing children’s rights and equality for girls, and The Orchid Project (UK), which aims to abolish female genital mutilation which affects 3.9 million women and girls globally.

“The music is the platform, but the bigger picture and more important work is supporting women globally in social and economic ways,” says Rebecca. “I have a very deep love of people and this inner belief that anything is possible if you try. That’s very much the way I live my life.” The tango-infused title-track, “I Don’t Belong To You,” co-written with Ireland’s Mark Caplice (Eurovision) and Twin Monarch’s Rob Shiels (Taken, Ryan O’Shaughnessy) is a message of female empowerment, delivered in a sultry and strong manner that categorically says, “I am my own person.” It’s her “angry song,” she says, about men who use their wealth and power to take advantage of women and girls.

Produced by Steve Wingfield(Sandi Patty), with four co-writes with Irish duo Twin Monarch, most of the nine original songs on I Don’t Belong To You are relationship-focused, from the breakdown of a marriage in the sprightly pop of “Baby Back” to the unconditional love expressed in the ballad “I Like It When You Love Me.”

The first single, “Brick By Brick,” however, has a dual meaning. “When we were writing the song, Trump was talking about building a wall between the United States and Mexico, so we were discussing the division between cultures, races and even countries,” Rebecca says. “But it’s also about walls being built between people, inspired by a friend who hadn’t talked with his parents for years, because of a disagreement. The question we wanted the song to ask is can we accept our differences, forgive and move on?” 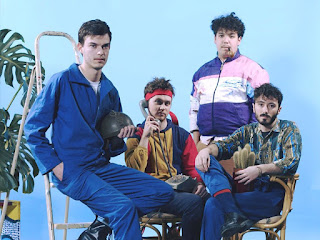 Through their first video clip for 'My Only', Arche embarks us into a unique odyssey with the arch of « A ».

These kiddos who seem to come directly out of the nineties, built their universe through a weirdo aesthetic with a baseline composed by colorful gym suit, mismatched outfits and all kinds of vintage object.

Plunge into the colorful Arche’s universe where the carelessness borders the insolence.