August 24, 2019
Fletcher Gull has shared a beautiful song entitled 'Hypothermia'. A personal account of enduring in sub zero temperatures, if you excuse the well intentioned pun, this song exudes warmth and feeling.

We featured the title track from his forthcoming album earlier this month, however Darrin Bradbury is more than welcome back with another taster called 'Breakfast', where once again his lovable humour and observations are very engaging.

The Needs latest single 'Hey Wake Up' is a smooth and pleasing indie pop track and a fine indicator for their debut album due out early next month. 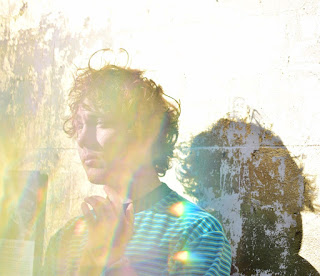 When one life ends another has already happened. Fletcher Gull has braved through salt and sun and the naked winter to deliver 'Hypothermia', a song that might have saved his life.

Sleeping under canvas in the sub-zero Rocky Mountains of Canada, ’Hypothermia’ sees the Melbourne based musician reflect upon a glacial night where he sought warmth in song writing. “I was so cold I thought I might die, so I had to sit up and try to get my blood flowing any way I could in an attempt to ensure my limbs didn’t fall off." After being pushed to his limits, the result is a song which is a personal account that’s layered with warm, uplifting tones, quirky instrumentation and a dizzying bridge, matched alongside Fletcher Gull's unique vocal qualities to deliver an audacious indie-pop song.

A residency throughout July at Swamplands in Melbourne and an intimate appearance at Old Bar last night has seen Fletcher Gull and his band debut and refine their live show before an anticipated set of showcases at BIGSOUND in September.

Fletcher Gull's music IS HERE FOR YOU, as you chronicle your way through life and your reasons to get up in the morning. 'Hypothermia' is out everywhere now. 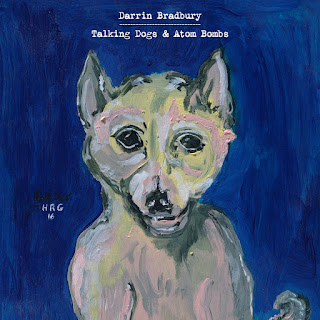 Mixing humor with obvious-once-you-hear-them observations on mundane, everyday life, Darrin Bradbury’s unique wit makes for songs that are instantly relatable; this is evident on “Breakfast,” the second single from his highly-anticipated new album Talking Dogs & Atom Bombs, slated for release on September 20th via ANTI- Records.

Produced by Kenneth Pattengale (The Milk Carton Kids), Talking Dogs & Atom Bombs is a collection of songs born from dealing with depression and the pressures of life in the only way Bradbury knows; by poking fun at it. “It’s an album trying to combat depression, to laugh your way out of depression, and to be honest and accurate with that depression,” Bradbury quips. “I try to write things that make me chuckle, and that chuckling is usually making peace with the existential dilemma of both the times and life in general.” Pattengale recounts, “For awhile there Darrin and I would meet about once a week at my neighborhood coffee shop under the guise of me dispensing advice to him, despite repeated warnings that I am NOT in the advice giving business. As these things go, there was not much to say, and not much to learn—just friendly commiseration about the torrential weather bashing at the faces of anyone who dares to attempt a career in music. So maybe it was apt that I took the wheel for Darrin’s album about depression. Captain and co-pilot leading a more diverse Ship of Fools in circles out at sea.”

Described as a “stellar singer and songsmith” by Nashville Scene, Bradbury enlisted the help of only one other writer for the entire album—ANTI- label-mate, friend, and fellow esteemed Nashville musician, Jeremy Ivey. The tracking of Talking Dogs & Atom Bombs was completed in a similarly simple way; using the same combo of musicians for every song on the record. Aside from producer Pattengale’s mellotron and vocal contributions and the aforementioned Ivey’s bass and piano playing, only two extra musicians were called to round out the band; Alex Muñoz on additional guitars and Dillon Napier on drums. The only exception is the lone guest vocalist on the album, modern outlaw country queen and longtime supporter of Bradbury, Margo Price, who adds a somber harmony to a track titled “The Trouble With Time.”

Talking Dogs & Atom Bombs will be Darrin Bradbury’s first release on ANTI- Records. “Darrin possesses a wonderful, darkly sardonic sense of humor and a matter of fact wisdom that reminded me of some of my favorite writers from Chuck Berry to Mose Allison to John Prine,” says ANTI- founder, Andy Kaulkin. “I haven’t heard anyone do this sort of thing on this level for a very long time. His songs keep me on the edge of my seat.”

“When I write, there are things that I want to get away with,” Bradbury says. “I want to get away with the line, ‘I woke up this morning and I got out of bed / Tripped on my pants and fell on my head.’ ” Overall, Talking Dogs & Atom Bombs is a beautifully refined version of Bradbury’s writing; going for broke, connecting the dots, and doing it with blunt honesty that brings it all home. “If I can get you to take that seriously, and not skip a beat when you listen to it, that's what I want.” 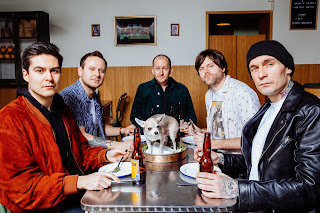 The Needs - Hey Wake Up.

On their latest single ‘Hey Wake Up’, the band experiment with 90’s power-pop. With upbeat melodies, buzzing guitar riffs and a chorus that swells as the song goes along, the track has shades of RIDE and Teenage Fanclub.

The band’s debut is inspired by the adrenaline withdrawal that professional musicians experience between tours - days spent on the beaches, time spent with loyal dogs.

The line-up is completed by Brænne’s older brother and former scientist Mattis, drummer and possessor of the most Norwegian sounding name of all time Nills Jørgen Nilsen, and Knut-Oscar Nymo of punk rockers Oslo Ess. ‘Hey Wake Up’ is available everywhere Friday 23rd August. 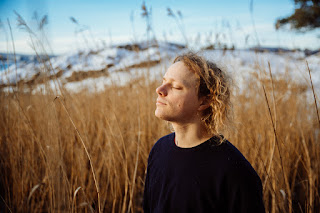 The activist and artist Pål Moddi Knutsen is releasing his brand new single ‘New Dawn’. A song about how we tend to use our language to hide away unpleasant truths. This he’s doing in a duet with Hollow Hearts-vocalist Ida Løvheim, on a bed of strings by Trondheimsolistene.

New Dawn is inspired and is built on real military metaphors which have been used by Norwegian politicians about our participation in the wars in Afghanistan, Libya and Iraq. The artwork which is a photo taken by Odd Andersen, illustrates the point; we believe we’re looking at a beautiful sunrise over the town Mosul in Iraq, but in reality we’re looking at a burning oil well after what is left after the US military “Operation New Dawn”.

Moddi, the moniker of 32-year-old Pål Moddi Knudsen from Northern Norway, was an activist before he was a songwriter. This is unmistakably evident in his previous project ‘Unsongs’ - a collection of banned songs across the world, and Moddi continues to defend and advocate for the most important and relevant issues that we’re faced with today.

After touring with his backpack full of forbidden songs for 4 years, Moddi is now ready with new original material. The album Like In 1968 is released 13th of September, and is a celebration of the everyday activism and the hope, in a time many consider as a hopeless time.

New Dawn’ is the third single from the upcoming album ‘Like in 1968’, a celebration of the future hope and everyday activism. Moddi will be embarking on a small Norwegian tour in celebration of his album. This is the preliminary tour list: