August 25, 2019
We have a brand new track from ROCH entitled I Love To You. With a gentle pace, a soothing atmospheric musical landscape and Roch's beautiful vocals gliding above, this is a wonderful song.

Moon Panda were featured here a couple of times last year and we catch up with them with their latest song 'On The Attack'. This time they have shared a refreshing mixture of indie pop with a few splashes of dream pop and some psychedelic vibes for good measure. 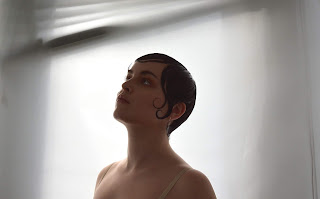 ROCH just released an atmospheric new track, 'I Love To You'. Inspired by a phrase coined by feminist writer Luce Irigiray, in an attempt to rephrase and reposition “I love you” in order to liberate language – 'I Love To You' utilises homemade percussion, analog synths, and eerie atmospherics – standing as another stark and intriguing example of what to expect from her debut full length album due for release early 2020.

"I am interested in relationships, and what language we use to portray the everyday", ROCH explains. "Sometimes you need to reinvent language to capture the essence of the relationship."

Previously supported by the likes of Pigeons & Planes, The Line Of Best Fit, The Sunday Times, The 405 and many more, 24 year old Kate Miller's (aka ROCH) music is like nothing else. Otherworldly, romantic, challenging - her songwriting and production brings together lucid synths, intriguing electronics, reverb-laden drums, and enchanting guitar passages - all complimented beautifully by her chilling vocals.

Inspired by crossovers of space and language; rethinking the “mundane and ubiquitous ideas” found in every day life. The bridging of grand scale and domestic scale is a concept Miller has been exploring in her work since her time studying performance and sculpture at University of the Arts London’s Central Saint Martin’s college, and continues to probe in the impassioned synth pop she makes as ROCH. 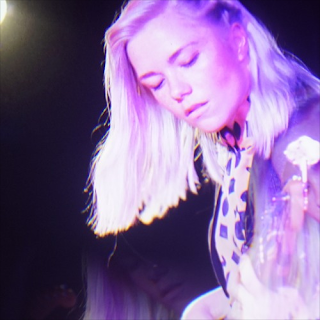 Moon Panda - On The Attack.

Latest single “On The Attack”, which accompanies the announce of their new EP, Pastel Pools, carries over this wondrous sound, combining soft vocals with slick, sultry guitars.

Recalling the inspiration behind the track, Myers says: “On The Attack is basically an account of my long distance relationship woes. Going back and forth between self-reliance and feeling like an unattached wild animal, chasing affection and adoration.

Waiting for a text back, a call, some proof that I'm missed. Hopefully it outlines that chaos that can happen inside you when you just want that warmth and acceptance.” 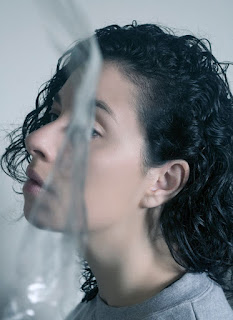 Shhe is the alter-ego of Scottish-Portuguese artist and producer SU Shaw. Shaw wraps carefully constructed electronic soundscapes around delicate yet self-assured vocals, and Saint Cyrus is the next piece of the puzzle introducing the world to the enigmatic Shhe. The artist’s upcoming self-titled debut album tracks a period of intense personal change, due for release 11th October on One Little Indian Records.

The musician only had to release one single, Eyes Shut (which premiered on Dazed), to find herself signing a record deal with One Little Indian Records and opening for Kathryn Joseph on her February UK tour.

“Saint Cyrus is named after the area that I was living in at the time - in the same house that I wrote and recorded the entire record" says SHHE. "The house backed onto a main road so recording during the day wasn’t possible. Most of the vocals were recorded during the night. The synth line which enters half way through the track was also recorded during this time, half awake, half asleep. I only recorded one take, that's the take that you hear on the record.”

She continues; “The track is in constant transition. When I wrote it, I was thinking a lot about identity. How no one is ever complete. Things are added, taken away, obscured, manipulated; certain characteristics, behaviours. In the track there are parts that disintegrate, disappear, are reintroduced elsewhere. But the words stay the same. Living there (in Saint Cyrus) was the only constant when everything else was in transition at the time. I think that environment encouraged a lot of change in my life.”

The outro to 'Saint Cyrus' is made up of layers of disconcerting, visceral movements of sound, tugging the song in multiple directions as synths and drums oscillate between the ears, smothered with lilting melodies that linger long after they are heard. SHHE has found herself on the precipice of unlimited creativity and she’s ready to dive in headfirst. Her debut record is only the beginning of this journey