October 14, 2019
KIM HON have released 'Nofio Efo'r Fishis' where the Welsh language band are in genre defying mode, the sweeping musical landscape, gentle pace and assortment of vocal styles are wonderful, this is a really creative song.

We have the new album from The Belle Curves entitled 'Promising Light'. Each song is a new musical journey where Americana, folk, alt rock and whatever else seems to take their fancy ensures the collection exudes variety. The one consistent is Delaney Hafener whose beautiful vocals carry each track even further, the various musicians involved deliver high quality musicianship. In short, this is a stunning debut album.

Valve have just shared 'The Colours' a vibrant alt pop song with plenty of dance along vibes, the tight arrangement is notable, yep it's a fine fresh tune. 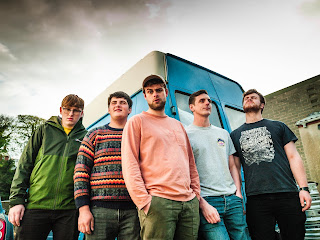 With the release of their debut single ‘Twti Ffrwti’ last May, KIM HON were introduced as a poetic kaleidoscope of bright musical colours.

Colours the band brashly painted around them to create their unique universe. ‘Twti Ffrwti’ hardly left our airwaves, becoming the song to soundtrack the long summer days and nights with its baggy dance groves and hypnotic lyrics.

Where Next we hear you ask? With Kim Hon possessing SFA pop nomadic wanderlust and LCD Soundsystem post-punk dance smart the band could take us anywhere.....This brings us to ‘Nofio Efo’r Fishis’ a song that refuses to let go, a blanket of stars pulled over our heads, nostalgia, 90s kits TV, everyday banality crumbling under a hurricane of vivid dreams. 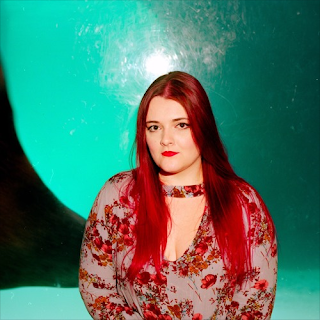 The Belle Curves is lead by Delaney Hafener, formerly of Pandafan, featuring a rotating cast of musicians. They have crafted a unique sound inspired by the many traditions of Americana, complementing introspective lyrics and a songwriting style reminiscent of the Laurel Canyon scene.

Their music touches upon themes of self-doubt, progressive politics, identity, and disaffection, working to craft a distinctly youthful folk aesthetic. The debut full-length album Promising Light came out Friday. These guys are just get started but I think they have a bright future ahead.

She says: "A ribbon of highway means something a bit different to me than it does to Guthrie, I often feel overwhelmed by my want to be somewhere else. There’s a line in this song, 'getting lost in infinity,' that refers to a paralyzing feeling I get when I think about how much possibility there is for my life. The chorus in this song are rather sad, and I wanted the verses to be cheeky in response to that. The last verse especially is a reference to using astrology and new age spiritually as a way to avoid actually talking about one’s feelings." 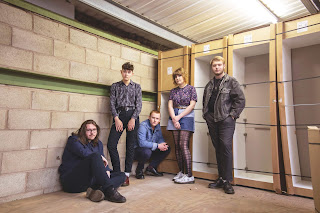 Stockport fivepiece Valve have released their dreamy alt-disco second single The Colours, out now through Someone Great Records/PIAS.

With a sound that is individually modern yet echoes the musical heritage they’ve grown up with, Valve signal a new Manchester sound. Introducing themselves and their alternative jangle-pop sound in 2018 with their debut single Lilac Eyes, they received support from BBC Introducing Manchester, gaining the band tour dates with Blossoms, Courteeners and King No-One and amassing almost 50,000 plays on Spotify.

From its opening riff to the final chords, The Colours begs you to hit repeat and bound onto the dancefloor. A wistful alt-pop track with charming vocals, it builds to an elated chorus backed by crashing 90s guitars and a dose of C86 jangle. Valve say; “It’s about the feeling of not wanting a good time to end and needing an escape from the mundanity of everyday life.”

Born in the same hospital in Stockport between the years of 2000-2002, Valve formed in 2018 when school friends Noah, George and Alex decided to start a band, enlisting the skills of Siobhan and Alfie. The band have been building a local following and honing their live sound ever since, performing sold out headline shows across Manchester and Sheffield, and will be announcing further live dates soon. 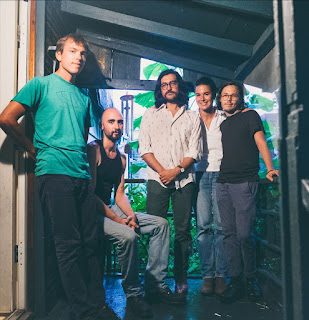 The contemplative alt-country songs on new album Dreamin’ were recorded to tape in July last year with the help of The Low Anthem’s Jeff Prystowsky, and vocalist Dan Wriggins has shared an essay on his affection for Kath Bloom, and her influence on the new track with The Talkhouse.

"Kath absolutely influenced the songs on Dreamin.’ If I ever write a good, simple love song, I’ll be thanking her. Until then, “You Might Already Know” is the closest I’ve got. I think some of the intervals are lifted from Kath’s vocal world."

Friendship have retained a loyal cult following since their first offering in 2015, You’re Going to Have to Trust Me, which was released on Burst and Bloom Records that year. An EP on Sleeper Records and another record on their current label Orindal Records followed in 2017 – the acclaimed Shock Out of Season, bringing us forward to late 2019; when they will release their wonderful new album Dreamin’ on 8th November again via Orindal Records.

Lauded songwriter Dan Wriggins' lyrics touch on both the smallest and the most significant moments that occur within human interaction. He reflects on those moments with a sharp wit, keenly observing and eloquently putting into words the unimportant twists and turns that over time become important – that become our experiences, our relationships, our lives. Dreamin’ offers hope with one hand and takes it away with the other. Immersed within swathes of lush Americana guitars, keys, soft, expressive drums and the haunting wail of a pedal steel, on Dreamin’, Friendship sounds more like Friendship than ever before.