October 13, 2019
We have carried the previous three singles from the album, now deux furieuses share the fourth 'Let Them Burn' just a few days ahead of the full release. Well the post punk come full throttle rockers once again impress, this is going to be some album.

It's back to July 2018 for our only other feature for The Soft Underground however 'Voicoder' from the art rock duo makes for a creative and pleasing return and a superb teaser for next months 'Anemoia' album release.

LA-based quintet Rocket share 'Giants' and the new Mark Needham Mix. It's feisty and potent pop punk that's packed with hooks, they are apparently quite something to catch live. 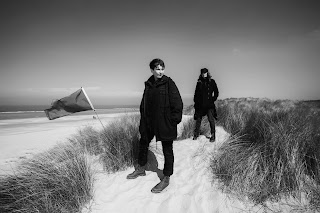 Ahead of the release of their second album My War Is Your War on 18th October via Xtra Mile Recordings, London duo deux furieuses share an impactful and searingly poignant fourth album teaser in the form of digital single ‘Let Them Burn.

deux furieuses are known for their politically charged music, with forthcoming album My War is Your War tackling social injustice head-on in a series of songs that present as impassioned calls to arms. The album reaches out to find common cause against a context of increasing right wing populism in Europe, Brexit, a friend's suicide and the #MeToo movement, however it is ‘Let Them Burn’ that stands out as the album’s most emotive and controversial track.

Blending post-punk’s dark shades with exhilarating rock riffs, ‘Let Them Burn’ is a tense supercharged track that recalls early PJ Harvey at her most visceral. deux furieuses describe ‘Let Them Burn’ as "their outraged response to a Government that is prepared to 'let the people burn' as a result of ideologically driven austerity", sung with a chilling chant like refrain.

deux furieuses are Scottish vocalist and guitarist Ros Cairney and London Greek drummer Vas Antoniadou who were raised on a fiery blend of Irish and Greek music, 80’s post-punk and 90’s alt rock, and who bonded over a love of early PJ Harvey and Kate Bush. In 2017 they released their debut album Tracks of Wire to critical acclaim with coverage in Q Magazine, Louder and Louder Than War among many others, and with huge champions in the likes of John Kennedy (Radio X) and Frank Turner who invited the duo to play his Lost Evenings Festival at the Roundhouse, London (2017). ‘Let Them Burn’ was produced by Rob Ellis (PJ Harvey) and mixed by Mark Freegard (The Breeders). 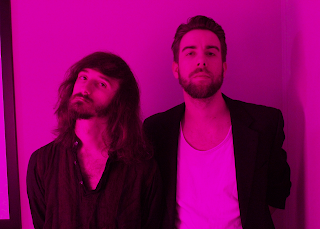 NYC-based art rock duo The Soft Underground have been hailed as modern descendants of the touchstone bands from Seattle’s 90’s alternative scene, garnering strong international press and plays including a buzzy endorsement from Alt Nation.

Spearheaded by Andrew McCarty and Charlie Hickey (both 26-yrs-old), the duo was formed in 2010 when the two musicians met and bonded over their love of the jangly melancholia. Riffing on their love of the The Smashing Pumpkins and other alternative 90’s bands, the two struck up a friendship and eventually began to hone in on a sound that mined deep into 70’s psych rock, falling somewhere between My Bloody Valentine and The Velvet Underground.

Anemoia is the bands third LP, following 2015’s Lost in Translation and 2018’s Morning World. The LP is a clear indication of their intent to constantly reinvent themselves musically, replacing standard guitar rhythms with more exotic instrumentation, implementing flutes, violins, synthesizers and pots and pans. Anemoia was recorded at Andrew’s house in Memphis, TN, affording them the laid-back, off-the-clock vibe they were looking to capture. As usual, the two worked together to craft the arrangements and instrumentals and worked to cast singers for each song - this time working with guest vocalists Sam Reed and Lisa Mac.

“Thematically, it’s a happy album,” McCarty reflects, knowing that their material often boasts an impenetrably moody veneer. “We tried to capture that state of euphoria where you can appreciate all facets of life, including the lows.” Anemoia is due out 11.1.19. 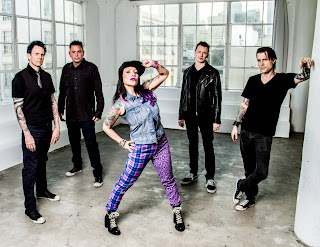 LA-based quintet Rocket produce high energy pop punk that falls somewhere between Social Distortion and Paramore. They’ve been acclaimed as one of the “Best bands to catch” by CBS Los Angeles with subsequent spins on KROQ 106.7, KLOS 95.5, Indie 103.1, and features in Music Connection. Rocket have recently been featured on the “The Frosty, Heidi & Frank” KLOS morning show segment ‘Stay or Go’ garnering the band a big “Stay.”

Consisting of members Janelle Barreto (Lead Vocals), Eric Wibbelsmann (Guitar), Steve Kilcullen (Guitar), Jordan Lawson (Bass), and Paul DePatie (Drums), ROCKET was conceived as a vehicle to empower, excite and elate. “We all just clicked from the get-go, had similar influences and a singular mindset,” asserts Janelle, referring to their diplomatic approach to songwriting. “We are dedicated to being a voice for those who’ve been told they’re weird, strange or don’t fit in.”

Reflecting on the thematic nature of the single, the band says, “Giants” is about the feeling you get when you accomplish something as a team or with a community. Sure, you’re a bad arse on your own, but sometimes it can be more empowering to recognize that you’re even mightier as a collective.” Rocket is playing the Whisky a Go Go on November 16th, and their single “Giants” will be complemented by a music video later this year. 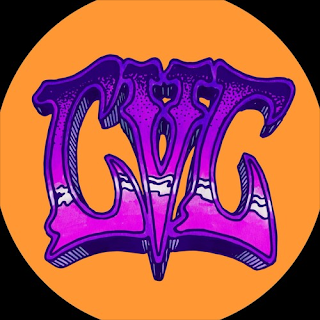 CVC say that "Jungle Fever is a 3-minute distillation of pure energy that should be played as loud as possible, on the fattest speakers you can find or at the very least cranked up through the radio of your mum’s car.” The band continue “Big shout out to ‘The Big Sweep’ aka Matt Evans for helping us create this wild and untameable beast.”

Backed up by hard-head bouncing funk riffs, the song follows themes of love, lust and ultimately being lost in the world. ‘Jungle Fever’ is an obvious choice for a debut single and a well-known crowd favourite.

Whilst life moves along slowly in their hometown, the same can't be said for these infamous crowd-pleasers. Described by Buzz Magazine as "explosive loons" armed with a barrage of various 70's and funk influences, CVC have quickly become a 'go-see' band within the Cardiff music scene.

With a plethora of ear-pleasing riffs and infectious melodies, CVC have been winning crowds over on this year’s festival circuit. Whilst also supporting Buzzard Buzzard Buzzard at their recent single release party and a nomination at the Cardiff Music Awards, it's safe to say, there's been much anticipation building for a CVC debut single.