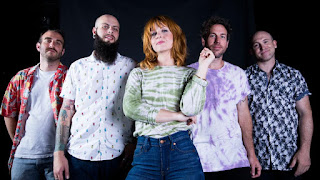 The Mowgli's - Fighting With Yourself.

All of life is a journey and the best journeys are those taken with friends. For the 5 members of The Mowgli’s that road has seen their friendship tested and rebuilt numerous times. From their earliest Venice, California days as a 10+ revolving cast of characters to their current line-up, the core members have evolved from playing midnight warehouse parties to the stages of the largest festivals.

While there have been many highlights - appearances on late night TV shows, incredibly rewarding collaborations with charities and electrifying performances in legendary venues among them - there have also been tests: Losing band members, battling with the stress of constant touring and maintaining their friendship, trying to remain both grounded and optimistic when things go amazingly well and when they don’t. But there have been benefits of creating deep bonds and close relationships, not least the marriage of singers Katie Jayne Earl and Josh Hogan in 2017. “Being in a touring band is hard work,” says Katie, “but inspiring. It only works because people care about the band and we have a core who support us, people who have both been there since the beginning and joined along the way. Those supporters keep us motivated.”

The release of The Mowgli’s first major-label LP Waiting For The Dawn in 2013 saw immediate success with the hit single San Francisco. The record - which focused on the joy of bringing people together - immediately connected in a cynical world. The band quickly found themselves playing to sold out crowds in clubs around the US and inundated by requests for press, sponsorships and partnerships. Appearances at Bonnaroo, Lollapalooza, Firefly, Osheaga, Bottlerock and many other festivals followed as did performances on The Tonight Show, Jimmy Kimmel Live, Conan and a stint as the SXSW House band for Andy Cohen’s Watch What Happens Live (Bravo)

The follow up LP, 2015’s Kids in Love (which spawned the feel-good single I’m Good) saw the band explore personal relationships including their own inter-band ones, and their third LP Where’d Your Weekend Go? which came in the Fall of 2016, often found the band working on songs together from their very inception - giving much of the record a relaxed and communal feeling.

Parting ways with their original label in 2017, The Mowgli’s released a pair of EPs: I Was Starting To Wonder (2018) and American Feelings (2019), each backed by national US tours and both exploring the “band experience” to a large extent. The first EP focused on travelling, missing home, looking for excitement in the daily churn of a tour, finding it in the back alleys and on the rooftops of America. The more recent EP American Feelings turned more towards relationships and connections, noticeable in Talk About It and Mr. Telephone which both harken to the lack of discourse and engagement prevalent in society today, especially with technology serving as both a facilitator and barrier. Says singer/guitarist Josh Hogan, “Communication is a very powerful tool. If we could learn to communicate in a healthy way, this place would be much less divided.” 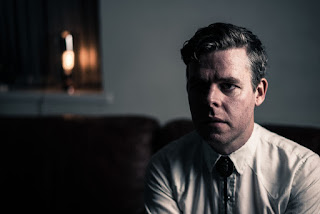 “Taxi” is the first single to be taken from the breathtaking new album, A Northern View, by Northern Ireland’s Arborist. A stand-out, jolt-from-the-blue, set-piece, “Taxi” is a spoken word epic story inspired by Arab Strap, Belle and Sebastian and James Yorkston, who have made the droll Scottish storyteller’s delivery a constant. As singer-songwriter Mark McCambridge explains; “I wanted to do something similar with the Northern Irish voice. It’s a story about a claim from my Dad’s cousin and good friend through his youth, Henry McQuillan, that he conceived the idea of turning a famous Irish traditional song into a rock song.”

The video for “Taxi” stars Dublin actor Barry Ward who was recently in The Capture (BBC), Irish movie Extra Ordinary and has been the lead in Jimmy’s Hall by Ken Loach, amongst many other projects.The powerful video captures the intense mood of the song, with the light-relief pay-off at the end. It was shot in Belfast and created by London-based director Sam O'Mahony who said, "The song has such a strong narrative that I felt, rather than literally reflect the words, we would create our own piece of visual poetry to exist alongside the track without competing with it. Initially, we thought of just having Barry Ward representing Henry, but instead went slightly further and created a kind of time-jumping ballet in which Henry’s memories exist in various dimensions, moving past each other unaware until they are ultimately drawn together."

The single is available on all digital platforms now. There's also a remix by Domino recording artist Seamus Fogarty. Arborist will be hitting the road in Jan/Feb with critically acclaimed Canadian psych-folk second-cousins Kacy & Clayton. 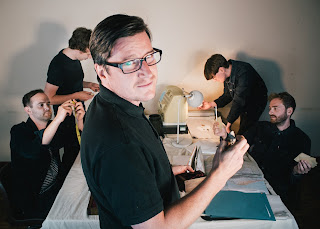 ‘Tu hwnt i’r Muriau’ is a slice of off-beat euphoric-pop taken from Yr Ods new album laith y Nefoedd (which follows on 22 November on Lwcus T). Tapping into Yr Ods delicious style of juxtaposing neon-bright off-kilter pop tracks with a much sinister lyrical undercurrent, ‘Tu hwnt i’r Muriau’ is a song about brainwashing people to think just like you, and to come and live your life with you. It’s the sonic representation of what the band described as “kind of a montage vibe of someone going around the country preaching and gaining a following.”

To put it into a context, the theme of ‘Tu hwnt i’r Muriau’ is one that runs through the veins of the long-player laith y Nefoedd from which it is taken. A concept album conceived alongside award-winning Welsh author Llwyd Owen which tells the fantastical, dystopian tale of cults, post-Brexit Britain, nuclear war and bunker-raised virgins. All narrated by a failed alcoholic sci-fi writer and anti-hero T Lloyd Lewis, and with a subtext exploring Welsh youth, culture and confidence.

Yr Ods are instrument swapping musicians Griff Lynch, Gruff Pritchard, Rhys Aneurin and Osian Howells. Since forming in 2008 they have become one of the world’s most beloved Welsh language acts, making a genre-shifting, multi-faceted and left-of-centre fusion of imaginative indie-pop which recalls the quirky experimental charms of Gruff Rhys, Gwenno, H. Hawkline and Cate Le Bon, whilst remaining untouchably individual. Yr Ods have previously released two critically acclaimed albums Troi a Throsi (2011) and Llithro (2013) both released via Sain, they have toured the UK and Europe extensively and performed at big festivals including Maes B, Swn, Green Man and No 6, as well as achieving the career high of headlining National Eisteddfod of Wales alongside a forty-piece orchestra, and an audience of two-thousand fans.

‘Tu hwnt i’r Muriau’ was engineered and recorded by Yr Ods at the ‘old crack den’, mixed by Tom Loffman and mastered by Hafod Mastering.  It was released as a digital single on 8th November with the long-player laith y Nefoedd following on 22nd November (digitally and on limited edition vinyl and book box set), both released via Lwcus T. 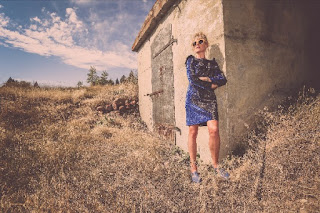 Sasha Bell has been involved with a handful of projects that have released some of the finest 60s-inspired pop records of the last two decades. Whether with the Ladybug Transistor, The Essex Green, or The Sixth Great Lake, she adds a special touch to her music that is dreamy, lush, and pastoral. Now, for the first time in her storied career, she’s stepping out under her own name, releasing her first-ever solo debut album, Love Is Alright, out now.

The Essex Green’s most recent album, last year’s superb Hardly Electronic, found them contemporizing their sound while retaining the pleasing elements of their distinctive retro sound. Love Is Alright also follows that pattern, blending a more contemporary style with touchstones from the past. Perhaps that’s not surprising, as her contributions had originally stemmed from what would become the album you’re holding now.

Yet Bell’s influential reference points for Love Is Alright are a bit different. Whereas her bands have generally focused on a more baroque pop element-par for the course considering they’ve long been a part of the Elephant 6 collective-the sounds found here touch upon 1970s fare. Vocally recalling Judee Sill or Melanie Safka, while the arrangements occasionally recall the work of Melissa Manchester, Carly Simon, and even the occasional nod to ABBA. Written over the past several years and recorded in San Francisco at The Studio Time Forgot and at Jason Quever’s (The Papercuts) studio, it’s an album full of sophisticated arrangements that is quite easy on the ears.

Love Is Alright is a journey through time, small moments writ large. Whether she’s singing about missing The Essex Green (“Candy Mountain”), stress management (“Molly’s Got A Talent”), reflections on relationship struggles (“Castle Keep”), a grandmother’s obsession with rare books (“The Library” ), or a tribute to a deceased bandmate (“Heavy Doors”, a eulogy to San Fadyl, drummer for The Ladybug Transistor, who passed away in 2007) Bell invites you into her world via a wistful musical diary.

After a rewarding career that has resulted in a discography of excellent music, Bell is now stepping into the spotlight on her own, and Love Is Alright is an unsurprisingly excellent first step forward, a step that isn’t surprising for those who have followed her career, and one that offers up a delightful, subtle, and sublime experience for the new listener.