Recorded at Paris’s iconic Studios Ferber with producer Renaud Letang (Feist, Manu Chao), aloha is Little’s first album to be recorded with an outside producer. The result is his boldest, most self-assured statement yet. It’s an ambitious work of vision and reflection, and an ecstatic testament to the freedom that comes from trusting the currents of life to carry you where you belong.

In order to create aloha, Little began writing and assembling album demos in Petaluma, California. However, after his hard drive fried and he lost nearly a dozen detailed demos, he was forced to begin with a blank slate, leading him to write aloha in only eight days at a tiny house and its adjacent barn. While Little plays nearly every instrument on the album himself, he put his songs in the hands of an outside producer for the first time here. The entire project was an exercise in letting go, in ceding control, in surrendering to fate.

Recognizing the power of our own self-destructive tendencies is a recurring theme on aloha. Little mourns the suicide of a beloved uncle on “suffer,” using addiction and mental illness as a lens to explore forgiveness and empathy, laments the rapidly deteriorating world his two children are set to inherit on “o clever one,” and meditates on the dangers of succumbing to passion at the expense of reason on “belladonna.”

It would be easy to feel helpless in the face of such inexorable forces, to feel as if we are prisoners of fate rather than masters of our own destiny, but Little instead finds peace in perseverance on the album. “Hallelujah,” he sings on the gorgeous “never give up,” “though I’m battered and blue / feel like I’m born to lose…Never will I give up.”

It is a potent reminder that letting go doesn’t mean giving in; in fact, quite the opposite. Letting go can be an act of defiance, of growth, of empowerment. Letting go requires a leap of faith, and, in Son Little’s case, that faith has been richly rewarded. Whether that means this album represents the end of one chapter or the beginning of the next is impossible to know just yet, but in either case, there’s really only one thing to say: aloha. 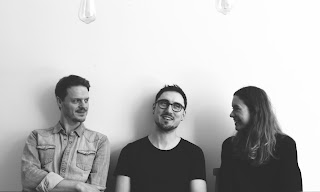 More Than Ruins, is a Berlin based band formed in 2019 by songwriter/guitarist Charlie Grant, vocalist Jule Escherhaus, and producer/songwriter Ainsley Adams. Charlie and Jule met at a songwriting session and immediately clicked, writing what will be the group’s first release on the same day of meeting.

Charlie played the song to Ainsley, who instantly loved it and decided to have some fun producing it. Together, the three transformed a sparse acoustic demo into something more cinematic and atmospheric. 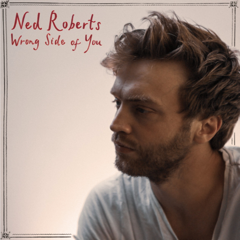 Ned Roberts - Wrong Side Of You.

London-based Folk musician Ned Roberts is excited to announce the release of his new single Wrong Side Of You on December 6th 2019. This upbeat track is the first track to be released from his eagerly awaited new album DREAM SWEETHEART due for release next year on Independent record label Aveline Records.

Ned’s music, which has drawn comparisons to the likes of Tim Hardin, Nick Drake and Leonard Cohen, has a timeless quality and a poetic turn of phrase. His songs sit comfortably amongst the classics of the Laurel Canyon era.

The genesis of single Wrong Side Of You began on the road in Germany. “It’s about travelling to escape - yet your mind is still inexorably drawn back home” says Ned. "The song sat around for quite a while, and it was only after a breakup that its meaning began to crystallise. It’s strange how your relation to your own songs can change significantly and mould to a new set of circumstances and feelings. There’s a yearning for the West Coast in there too. It’s where I always record, the sun always shines, and I feel creatively alive”.

DREAM SWEETHEART is Ned Roberts third album, and his third with producer Luther Russell (Richmond Fontaine, Fabiano do Nascimento, Sarabeth Tucek), recorded in Los Angeles in Electrosound Studios. His eponymous debut was predominantly a solo affair and garnered significant national press, including rave reviews in UNCUT and The Guardian. 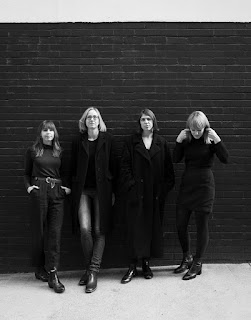 Staying true to being anti-everything in their music, the band has decided to drop a political number just before the UK general election.

This is also a taster from their triple album that is coming next year. You heard that correct... triple album, 30 songs.

This taster cut will only be available via SoundCloud for the whole of December and then it's coming down.

"Beware. Beware of the cheats. Singing you love songs, Sing you to SLEEP.

People who have... they want you to just RELAX. People with the cream, want you to know “Life is but... a DREAM”

How come there’s always money, For bombs? But never any money... For the old, Or the young, Or anyone... who isn’t strong?

Beware. Beware of the cheats. Singing you love songs, Sing you to SLEEP".

hollaridoo said…
why are all these twits styled like our generation
12 December 2019 at 08:07