Sera - Into The Woods.

'Into the Woods' is the follow-up to Sera's acclaimed 'Rabbit Hole' single which was released in June to acclaimed reviews, and extensive radio support. 'Into The Woods' is a continuation on the theme of twisted fairytales, and will be released digitally via CEG Records / Pyst Distribution on the 4th of October.

'Into the Woods' is a response to the reoccurring plot-line in stories and films, where women are often chased into the woods by bad men, pursued by monsters or face great peril amongst the trees. Into the Woods instead becomes a place to grow, gain strength and face your fears. Sera's new songs will continue to follow in this theme of the mythic-surreal rooted in very real experiences. The track is taken from SERA's collection of songs for 2019 and from her new collaboration with producer Andi Bonsai.

Sera hails from Caernarfon in North Wales and is a busy bilingual (Welsh and English) performer and songwriter, part of the CEG Records family. Earlier this year Sera was selected as a part of BBC Horizons programme, in which the BBC back a dozen of the freshest acts in Wales and provide them with festival showcases and industry opportunites. 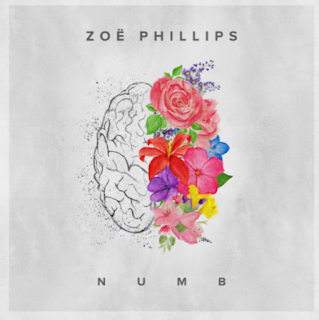 Drawing from experiences within mental health, ‘Numb’ acts as an antidote in which the pairing of direct lyricism and striking vocals creates a sound that is both soothing and instant. Featuring atmospheric guitar soundscapes, and supported by production from gold and platinum record songwriter & producer Jack Gourlay, this emerging sound could be compared to the likes of Billie Marten and Lucy Rose.

This is the first of a collection of new songs inspired by Zoë’s recent solo traveling trip across the world, with further single releases in the run-up to a forthcoming 2020 EP.

With previous features across BBC Introducing, BBC R1 and BBC Radio 6 music, Zoë’s vocals have also been primetime playlisted on MTV Dance. The track ‘Learn To Swim’ reached the iTunes top 50 singer-songwriter chart and a remix of Zoë’s original song ‘Boat’ has clocked up over half a million Spotify plays. 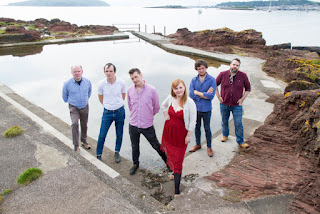 The Just Joans - Wee Guys (Bobby's Got a Punctured Lung).

The Private Memoirs and Confessions of the Just Joans is a deeply personal collection of songs that hazily recall the past and contemplate the futility of the future. At the forefront remain the mischievous lyrics and heartfelt vocals of siblings David and Katie Pope, aided and abetted by Chris Elkin on lead guitar, Fraser Ford on bass guitar, Arion Xenos on keyboards and Jason Sweeney on drums.

A titular twist on the classic gothic horror novel The Private Memoirs and Confessions of a Justified Sinner by compatriot James Hogg, the new album is the follow-up to 2017’s You Might Be Smiling Now… and contains the kind of melodies and mockery that led Uncut to class the band as the point at which “Stephin Merritt lies down with The Vaselines.” 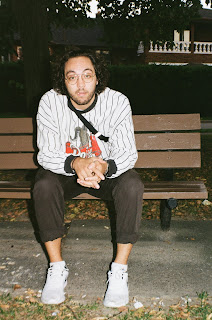 Frank Mighty's Hotline - What am I to do.

John Traboulsi is Frank Mighty's Hotline. A solo project that started in his bedroom 5 years ago, John will tell you ‘It’s about time I released these songs’. With a classical guitar upbringing and a love for classic and indie rock, John strings together catchy, neo-psychedelic tones with a glimpse of the soulful classic rock on which he was raised.

When offered the opening slot for Said the Whale on their As Long As Your Eyes Are Wide Open tour, John contemplated the idea of a music career. When life brought him to the UK, his love for Brit Pop allowed him to shine as a solo artist playing intimate venues around the U.K. Upon a move to Toronto, John adopted the moniker Frank Mighty's Hotline, and, quickly, the commercial potential drew comparisons to Bon Iver, The War on Drugs, and Glass Animals.

With poignant songwriting, catchy hooks, his gritty, soulful vocals will be available for all ears come the release of his first single, Intertwined, on November 15, 2019, followed by the release of What am I to Do, last Friday.