December 11, 2019
Thyla make their eighth appearance on Beehive Candy with the song 'December' released today. This is a band that have consistently impressed us as they take alt rock and post punk in so many exciting directions, always with feeling and creativity. === Fanclub make their third appearance here with the brand new song 'Trespassing' the indie pop band taking a more rocky edge without losing their smooth melodic sound. === Canadian - German dream pop band Monako share their new track 'Aside' a gently paced song that has depth and emotion, it's less pop and more dreamy if you see what I mean. === Finally today we have Blake Jones and The Trike Shop with 'My Soft Rock Girlfriend'. The song has been around for more than couple of months however it came as part of a compilation album from Big Stir Records (here) who have a really supportive approach to the artist they work with, and an exceptional talent at finding fabulous music that can so easily go missing under the radar.
------------------------------------------------------------------------------------------

Racing to the forefront of the emerging indie landscape, the rising quartet returned earlier this autumn with masterfully crafted lead singles Two Sense and Lennox Hill, having already attracted glowing praise from all corners of the press (Pitchfork, Stereogum, NME, The Line Of Best Fit, Dork) and across the airwaves (BBC Radio 1, BBC 6 Music, Radio X, KCRW) following the arrival of debut EP What’s On Your Mind? earlier this year.

Discussing the release, the quartet stated: “December shows a more delicate side to the band, Millie wrote the song for her sister who was suffering with some really tough personal issues, it came from a really dark and desperate place but the song manages to put into words what she could never say."

The indie juggernauts have had a formidable 2019 on the road supporting the likes of Rolling Blackouts Coastal Fever, in addition to capacity shows at The Great Escape, Live At Leeds and Hit The North, and having just completed their first full-length UK tour, plans are already in place for an EP release party at Brighton Electric on 7th February. 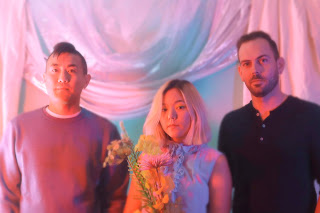 Austin, TX based indie-pop trio Fanclub are back with their latest single release 'Trespassing', released independently on December 6th. Join them as they search for the nostalgia of 80s synths and 90s guitars in their songs of modern love and heartbreak.

Fanclub formed in 2018 and is comprised of Mike Lee, Leslie Crunkilton, and Daniel Schmidt. The band craft songs driven by their love of all things twee, electro and dreamy. Following on from their successful SXSW showcase this year and with their debut EP 'All The Same' already reaching over a million streams, they are hard at work with a slew of tour dates under their belt and many more to come.

"'Trespassing' is meant to embody the fleeting feelings of summer. It's about having fun in the midst of heartbreak, and how the seemingly small experiences you have and the people you spend time with carry so much significance because they become a part of your healing process." - Leslie Crunkilton 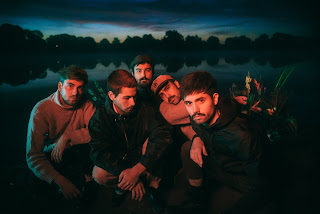 Canadian-German dream-pop outfit Monako continue evolving with new single ‘Aside’, as they gear up for the release of their second EP ‘Take Care’ out 17th January.

Monako was born from nomadism; When Canadian Sadek Massarweh came to Hamburg in his early 20s to study, he met Jakob Hersch and the duo jammed regularly. The addition of Montreal singer Naomie De Lorimier (studying in Berlin) formed the foundation of the band which came into full bloom when Valentin Hebel, Jan-Hendrick Schnoor and Pamier Hilal formed the full line-up.

Together they combine hazy, French-tinged vocals with soft, jazzy percussions and glimmering synths, sounding like a mashup of Brad Stank, King Krule and Unknown Mortal Orchestra. Having played over 60 headline shows throughout Europe and featuring on the new Vagabon album, Monako are captivating with their dreamy soundscapes laced with intimate grooves.

Following the hazy single ‘Town’, Monako take a more sombre tone with ‘Aside’. Musically reminiscent of the likes of Portishead with epic arrangements, the band tread the line between intimate and huge sounds, including samples from the cult French film La Haine; The result is an emotive piece.

Written about the end of a relationship, the band explain: "there are indeed many ways to bring something to an end. There are always many paths to destruction. But that doesn’t mean that everything is doomed. This assessment aims at empowering one into accepting that any relationship entails a risk of destruction and failure."

Blake Jones and The Trike Shop - My Soft Rock Girlfriend.

We shall let Blake Jones & the Trike Shop speak for themselves, befitting their legendary status:

What can five music-obsessed folks from Fresno do? What can any artsy pop band do? We’re interested in it all: the community it grows, the straight-to-the-heart communication, and even the joy of getting all those bits - guitars, theremin, flute (whatever we happen to be working with) – to dance together into an uplifting chunk o’ music. And we’ve done quite a bit with that approach. We’ve had our tunes spun regularly on both terrestrial and internet radio, including Rodney Bingenheimer’s Underground Garage and the venerable BBC Merseyside. We’ve had enthusiastic reviews in publications such as Goldmine, Endless Summer Quarterly, and Liverpool Sound & Vision. We play all over our home state of California and we've just completed our fourth overseas trip, The Glasgow to Berlin Tour.

We’ve been at it for a while. This particular combo, disregarding the detailed stats, has been playing since 2005, but Blake Jones & the Trike Shop has released 5 CDs and been on numerous compilations and collections since 1993. Our newest was released in 2018 on CD, LP, and download. It’s called Make.

“Yeah, but what kind of music do you play?” When pressed, we say Blake Jones & the Trike Shop is an “art-pop band”. David Bash (founder of the International Pop Overthrow Festival) says “The Trike Shop's ‘The Turtles meets Frank Zappa’ stylings never fail to be delightful, enigmatic and quirky! I highly recommend all of their work.” Other friends have used words like “Who” or “XTC”. Sometimes we use words like ‘guitars’, ‘theremins’, and ‘puppet heads’, for reasons best experienced in a live setting. Working in community, and a D.I.Y spirit have long been guide posts in this band’s life; I think that’s why we fit so well with and are so proud to be part of the whole Big Stir group of bands.