January 25, 2020
Our third feature for Brooke Bentham ahead of her  debut album 'Everyday Nothing' which will be released on AllPoints on the 28th of February, is 'Control' a song that if anything raises expectations even further! === Glass Heart String Choir a Seattle based duo have just released their beautiful new single entitled 'Stars', it's fabulously arranged and exudes warmth and natural emotion. === Ahead of the bands fourth studio album 'Stingray' due in March we have the latest taster from Bray and The Dens called 'Enemy Lines', a slick alt pop rocker, that's potent and addictive. === We have a video for the title track from David Cronenberg’s Wife new E.P namely 'Hannity Comes Home'. It's a simmering mixture of flowing rock and in your face vocals and oh boy! does it pack some determination and passion. === North London indie band Weird Milk share a video for 'Time Machine' where keeping a straight face was a challenge for some of the band, not that it takes anything away from this triumphant piece. ===  === We finish today with folk singer David Philips and his new song release 'In Focus' a gentle, personal and intrinsically beautiful musical work.
------------------------------------------------------------------------------------------ 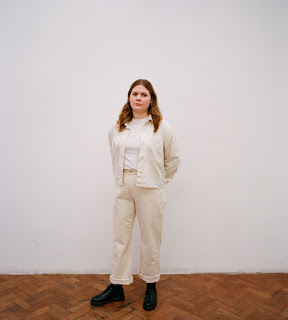 Brooke Bentham releases ‘Control’, the explosive third single from debut album Everyday Nothing which will be released on AllPoints on the 28th of February.

‘Control’ examines the connected age’s anxiety-inducing phenomenon of ghosting: “It’s about when someone cuts you off entirely. It’s weird when someone does that,” she explains. “I got blocked out with absolutely no reason why, and it makes you question yourself and you just can’t stop thinking about it. you’re just talking to a wall; it’s bouncing back and you end up with this mess in your head.”

Images of loneliness and anxiety pervade the accompanying video, which is helped along by the introspective ambience of Brooke’s songwriting. The song’s explosive chorus is a relentless chiming of internal doubts and insecurities in the wake of being cut out. Like with anything Brooke writes it’s not without a subtle and dry sense of humour, images of her burying her head in a cereal bowl or under curtains give it levity, but the song’s message is unequivocal.

Everyday Nothing was engineered and produced at Yawn studios with Bill Ryder-Jones mixed at Dean St studios by Charlie Russell. Brooke writes sharp and eloquent songs about her experiences as she understands them, using words and music to resolve and record the tensions of young adulthood. Confronted with the mundanities of life and caught between two jobs in London, she finds intense lyricism in the struggle for purpose and direction.

There is so much frustration in being young and unsure of what you want, especially when your path is creative,” says Brooke. “You can only hope that it leads you to something fulfilling, so you cling on to the everyday details - burning candles in your bedroom at three AM aged sixteen, or having a bath in the evening at twenty three, or watching your breath when you step outside in winter. I was reflecting a lot when I wrote these songs, romanticising those moments.” 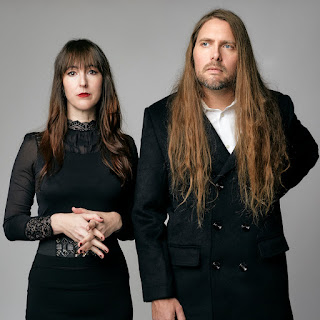 We have the new single from Seattle based duo, Glass Heart String Choir. their new song, and first since 2018, is a grand, cinematic arrangement that pairs rustic acoustic guitars with sweeping strings, adding a widescreen intensity to their longing vocals. In the self-directed video for "Stars", the band explore the elasticity of time, meticulously cutting together hours of timelapsed footage in the sprawling Seattle forest. At times they are superimposed over the shifting landscape, and at other times they are transported along with it.

At first listen, one might assume that the intricate interplay between honeyed vocals and any variety of violin, cello, or harp of a Glass Heart String Choir song would require careful discussion between musical partners, but songs are the one thing Ian Williams and Katie Mosehauer never talk about.

Verbose when discussing the nuances of nature (especially birds) or poetry (especially Russian), Ian is a person prone to long pauses while searching for the perfect word or metaphor to describe his own inner mechanics—a listener may wait indefinitely for sentences that never finish or metaphors that remain unfound. It is songwriting that allows him ample time to plumb the more faceless emotions of life and dredge for exactly the right words to capture them. Recipient of the prestigious Richard Rodgers Award in musical theater, Williams is adept at telling others’ stories, as well as his own through song.

For Katie, music presents a wondrous, wordless reprieve. Spending much of her time crafting public policy, words are a high-stakes game with far reaching implications. “I spend a lot of time in other arenas parsing the meaning of individual words and their intention. When it come to our songs, we seem to have found our own language—Ian never needs to tell me what they mean, and I never need to ask.” Composing allows her to think only in sound and shape and color, to fill in spaces not with what must be said to make the world more just but with what could be heard to make it more beautiful.

In their first release since their project’s debut EP in late 2018, the release of singles "Stars" and "It’s Never Enough" scheduled for early 2020 move on from Light’s themes of leveling doubt to trade in absolutes. Both songs apply surging vocals over baroque musical sheets, weaving together intricate stories with cinematic soundscapes, but to different effect—"Stars" bursts toward the future with a knowing, formative, certainty while "It’s Never Enough" looks back with an equally certain sense of devastation. This paired couplet of songs is day to each other’s night, full of contrast and compliment. 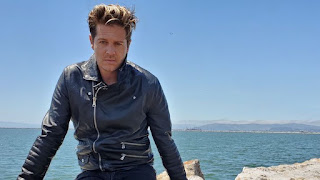 Bray and The Dens - Enemy Lines.

“Enemy Lines,” is a cut from the album The Aliens are Here, which was released in 2019. The song was produced with Bray’s longtime friend Cam Perridge, and the video was directed by Brazilian filmmaker Piettro Garibaldi and filmed in Dresden and Budapest.  “The theme surrounding this video is betrayal,” Bray explains. “In the video, I’m chasing a ghost, which is something I’ve actually done in real life and wanted to address.  We aimed to tell this story using layers (hinting at duality or duplicity) and by filming in the goddamn coldest weather! While working on songs for “Aliens,” I decided this song fit the concept of isolation, and reworked it with a much heavier treatment,” he reveals. “The lyrics are pretty straight-forward. I was deeply hurt by a friend, which I now realize was my own part in, which was me believing what I wanted to believe. Still, when our heart longs for something, it hurts when we are denied that thing; when the rug is pulled out from what we thought was real.” Sample lyric: “No power of detection. I was lost in your affection. Upon closer inspection, I couldn't see my own reflection. Behind enemy lines, we looked each other dead in the eyes. Behind enemy lines, you lied.”

Singer/songwriter/multi-instrumentalist Bray Gurnari is the principal of his band, employing a rotating array of musicians to round out the Bray & the Dens trio. San Francisco-based Bray’s unique brand of alt pop rock is a mix of Bowie-esque hooks and crisp, driving grooves à la Queens of the Stone Age. The band’s music is a blend of syncopated propulsion, sly hooks and poignant lyricism. It’s rhythmic, hooky guitar-driven rock, to be sure…but it’s also cinematic and clever, with funky beats and lush pop sensibilities thrown into the mix. Bray’s music is heavily influenced by David Bowie and Prince, and has been compared to the Foo Fighters and Arctic Monkeys. “Our sound is more sensual than the Foo Fighters, yet still packs the punch. Perhaps more accurately, it’s the Arctic Monkeys-meets-Matisse; it’s The Police-meets-Zoolander,” he laughs.

“I’m influenced by Renaissance people who make a mark through giving and creating; artists who follow their own muse without apology.” Be sure not to miss Bray & the Dens next upcoming single/video, “Be Your Own Surgeon” due out in mid-February, the release of the full album Stingray on March 20, and stay tuned for U.S. touring news to be announced soon! 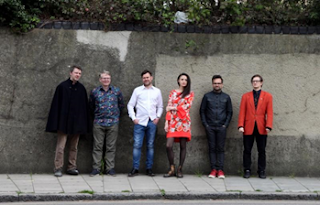 David Cronenberg’s Wife release brand new EP Hannity Comes Home via Blang Records on 31st January. The follow up to 2018’s The Octoberman Sequence EP (‘A perfect 10’ - Norman Records), title track Hannity Comes Home is taken from forthcoming 4th album The Ship (Necrologies), while the new EP also features ‘a song written for a play we did the music for and two different versions of old songs we recorded up a mountain in Norway’.

Led by singer, composer, anti-corruption campaigner and 7-fingered guitarist Tom Mayne, DCW’s songs swing between the sweet and the disturbing, with influences ranging from The Birthday Party to Jonathan Richman. The Ship shows the band at their idiosyncratic best, showcasing their flair for cleverly-crafted songwriting, black humoured lyrics and off-the-wall themes. 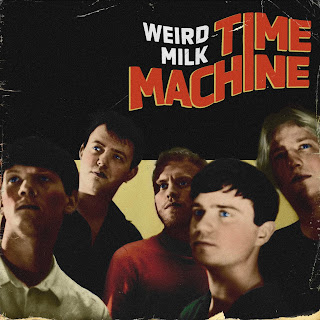 Arriving towards the end of a whirlwind 2019, the quintet’s latest effort followed acclaimed singles Anything You Want and Honey, I’m Around, having received widespread praise across the BBC Radio 1/6 Music airwaves (Annie Mac, Jack Saunders, Steve Lamacq) and growing support throughout the online community (NME, DIY, The Line Of Best Fit, Dork) as their profile continues to soar.

With plans already taking shape for 2020, including a support tour alongside fellow risers APRE next month and their debut trip stateside for SXSW & New Colossus Festival (incl. support dates with The Orielles), Weird Milk are certainly primed for the spotlight and look set to take full advantage.

Discussing the visuals, the four-piece explained: “We took a wonderful trip to Wales to film this one. It’s not Paris but it is Abergavenny. Went to a bakery and then pranced about for a bit on camera". 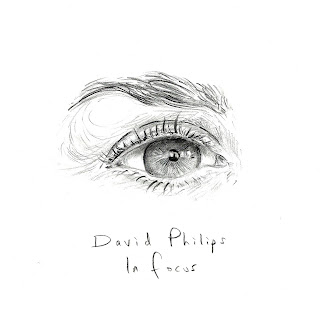 It's a classic tale of not appreciating what you have until it is gone. Co-written by David Philips with Spanish film score giants Lucas Suarez and Javier Bayon.

David Philips is a singer, songwriter, multi-instrumentalist and producer from the UK. So far we released six albums and a few singles from David.