January 27, 2020
Suzy and The Lifeguard have released 'Now' a song that twists and turns between melodic and refined pop to a more rocky psychedelic feel as it works wonders. === Alfie has an intriguing video for 'The Easter Song' a simmering and I quote "homage to Tex Mex music", it's also fabulous. === Sandmoon have a brand new single and video entitled 'Angel' the indie folk/rock band have a distinctive and highly engaging musical feel. === Ahead of a new album due in March Clem Snide has shared 'Roger Ebert' a gorgeously arranged piece where the mesmerising vocals exude real personal feeling. === Sammy Miller and The Congregation have released the wonderful song 'It Gets Better' which is a melting pot of delicious sounds. === From Emerald Park we have 'Rules Don't Apply' a vibrant indie rocker accompanied by some suitably matched old film clips. === Having featured the last two songs, today we have the third and final single from The Ah entitled 'Just Relief' ahead of the 'Mere Husk' album release which arrives on Friday.
------------------------------------------------------------------------------------------

Suzy and The Lifeguard - Now.

Suzy & the Lifeguard lures her listeners into a sci-fi dream world immersed in lagoons of swampy jazz and shimmering 1960’s psychedelic pop. Her iridescent lounge-infused vocals are a siren’s call beckoning to a world where all the senses come alive, inspired and reawakened.

In 2020 Suzy & the Lifeguard is set to release the record, ANIMA, produced by Grammy award-winning recording and mix engineer, Phil Joly (Patti Smith, Lana Del Rey, Daft Punk). While the self-titled EP flourished in tropical island breeziness, ANIMA, embarks on a shadowed journey of neon nightlife and moody ambiance.  Recorded in Kauai at a friend’s chocolate farm/music studio, Paradise says, “It’s vibier than the last record. It’s a bit darker overall, but it’s also still silly and fun. I feel like it’s an honest reflection of not only what I have experienced in the last five years but also the fun and magical space we were in.” 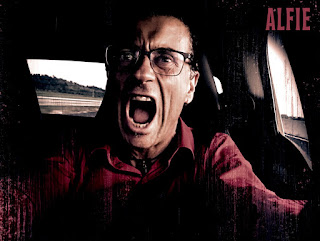 "Easter Song" is the first single from Alfie's full lenght "If She Could Only Remember My Name", just out Jan. 24th 2020 on Seahorse Reordings. The song is a tex mex homage, filled with trumpets, love and religious obsessions, and guitars tremolos.

And from movies. He could easily fit in a Paolo Sorrentino's movie (in another of his lives, he plays with a band at posh weddings in dream locations).

"The Easter Song" video - premiered by italian Rolling Stone mag - is kind of "la dolce vita" remake of The Big Lebowski, shoot at Tiam in Rome, the first bowling built by Americans in Italy back in the '50s. 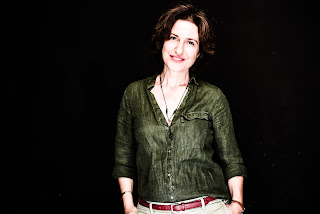 Sandmoon, an indie folk/rock band led by Lebanon-based musician Sandra Arslanian, have returned with a new single, “Angel”—a treatise to profound love that seamlessly blends propulsive guitars, feedback, and sweet harmonies, with Arslanian’s rich and emotive anchoring vocals.  The song will be released digitally on January 24. Sandmoon has also shared an accompanying video to the song shot in Beirut and directed by Tracy Karam.  Sandmoon creates songs that are lyrically hopeful and infused with an unerring sense of melodicism and a unique style that springs from Arslanian’s multi-cultural upbringing—born in Lebanon with Armenian roots and raised in Belgium.  Produced by Faddi Tabbal at Tunefork Studios in Lebanon, the song also includes Arslanian on backing vocals, synths and keyboard; Sam Wehbi on guitar, Georgy Flouty on bass and Dani Shukri on drums.  “Angel” is the second single taken from their forthcoming album, Put A Gun/Commotion, which will be released later this year.

Arslanian describes the song with emphatic simplicity: “’Angels’ is about absoluteness. It’s listening to your higher self, your angels, and fully living your life, with absolute love. For love is the only true thing that remains when everything else disappears.”

The video was shot in Lebanon and tells the story of a young person played by Daniel Aboushakra who experiences intense grief at the loss of his mother and his eventual transition from shock to acceptance through love. The video was produced by Arslanian and Jihad Saade was the Director of Photography.

Adds Karam: “It’s an emotional video about mourning and absolute love. It portrays a twelve-year-old boy trying to cope with the sudden, devastating loss of a parent by finding his way on his own. The pain forces him to face reality, in all its harshness and brutality. Yet in the midst of the chaos, there are moments of love, sparks of light that help him move on and replenish the emptiness.” 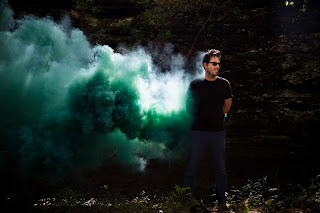 Clem Snide will release their new album Forever Just Beyond on March 27 via Ramseur Records/Thirty Tigers. Produced by Scott Avett, Eef Barzelay’s stunning new album under the Clem Snide moniker may just be the most miraculous of them all.

Today they share the first single "Roger Ebert." Joined by Avett on harmonies, Barzelay spins the famed film critic’s final words into a gorgeous meditation on the mysteries of life and death on the track, which, like much of the album, seeks comfort in the acceptance of the inevitable.

“The last ten years have been a rollercoaster of deep despair and amazing opportunities that somehow present themselves at the last possible second,” says Barzelay. “That this record even exists, as far as I’m concerned, is a genuine miracle.”

“About ten years ago, everything just seemed to fall apart,” he explains. “The band bottomed out, my marriage was crumbling, I lost my house, and I had to declare bankruptcy. That started this process of ego death for me, where I realized the only way to survive would be to transcend myself and to try to find some kind of deeper, spiritual relationship with life. 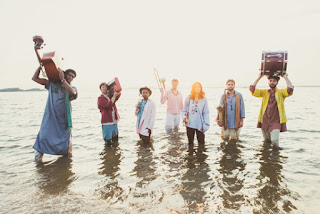 Sammy Miller and The Congregation - It Gets Better.

Sammy Miller and The Congregation release the latest single from their debut album Leaving Egypt, "It Gets Better," which bursts forth with a loping groove, and cleverly unfolds with moody passages that veer into the sunny side of the street. As Sammy states, “This is a song for the tough time, the tough day, the tough moment. It will get better.”

Sammy Miller, a Grammy-nominated drummer for his work with Joey Alexander, convened The Congregation in 2014 at The Juilliard School in New York City where he was getting his master's in jazz. “We all went to Juilliard and have these credentials, but we didn’t like the insular feeling of the jazz scene. We were seeking warmth and connection,” Sammy says. These misfit creatives descended on venues around NYC where the genre was not played. “I wanted to find a new audience,” Sammy says. “We played in dive bars where people were scared of jazz.”

Their live show grew to be something of a mix between a comedy troupe and a dazzling rock band that played a vigorously reimagined strain of jazz. “We let ourselves be free on the bandstand and we took the audience with us,” Sammy says. The band’s boundless energy, inclusive ideals, catchy songwriting, and revue style presentation made them a word-of-mouth buzz band. The septet expanded its reach through adopting the rock band philosophy of touring endlessly in a van to build a fanbase.

One of Northern Europe’s most successful bands releasing music under a Creative Commons license, Emerald Park are back after about 4 years of silence. Emerald Park found their audience on the dark side of the internet when they released the album “For Tomorrow” (2008) as a free download back in 2010 - a choice that has given them almost 8 million listeners and over 1 million downloads at Jamendo.com. Thousands have also enjoyed their music in commercials and YouTube videos with various themes. This success brought Emerald Park to the Midem Festival in Cannes and led them to gigs in London (The Cavern), Hamburg, and Amsterdam - just to name a few.

The band hit the pause button in 2016 but are now back with their brand-new single “Rules Don’t Apply”.

“Rules Don’t Apply” was recorded by Mattias Larsson and Linus Lindvall of Cub&Wolf who attempted to find the band’s musical roots; this effort led them to the ‘90s with lots of guitars and fewer synths than in their previous works. The mixing was performed by the band members Daniel Gunneberg and Tobias Borelius who were joined by Ola Frick (Moonbabies) during the last stages of the process to rediscover the sound of “For Tomorrow”. With his final touch the band found what they had been searching for.

The lyrics are about being true and honest to yourself. Everyone around you will notice if you’re not. People hide behind computers and pretending to be someone else or buying things to impress their neighbors, scared of showing who they really are. That’s a shame. 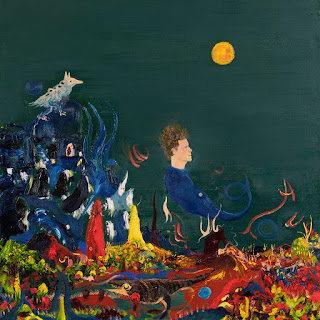 The video's director, Yuka C. Honda (of Cibo Matto), shared her process: "I approach music and video in the same way as cooking. For me, it’s all about understanding the ingredients and creating something that uses their character to the fullest extent. In other words, I don’t write the story and look for the performers. I write the story based on the characters I am already aware of, with whom I am working. Jeremy sent me this music and asked me to make a video. I love the song very much. Somehow, it made me think about the last scene of the film "Black Orpheus". When the protagonist dies at the end, children emerge. They pick up the guitar that he dropped, then regard the sunrise and start singing and dancing. Life goes on. Death is heart-wrenching. But there are children who will keep on dancing, playing the guitars that we dropped. I thought, "I can make this video!", because I knew I wouldn't mind listening to this song 600 hundred times while editing."

The release of Mere Husk will be celebrated alongside Gustin's forthcoming photography book Foundscapes (releasing with 11A Records) at Brooklyn NY's Step Bone Cut on February 1st.